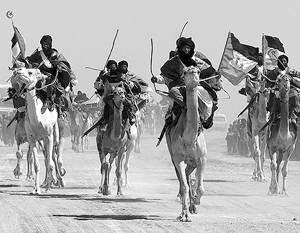 On Sunday, the King of Morocco Mohammed VI made it clear that his country back into the African Union, from which came out in 1984-m in protest against the decision to the Western Sahara, which it considers its territory. Meanwhile, the war for the independence of SADR may soon be resumed, and it was the fault of Morocco, forcing Saharans live in inhuman conditions.

The aggravation of the problem of global terrorism causes a special interest in every place where a sharp increase in political and military tensions is possible, which means an increase in the terrorist threat, especially the Islamist one. One of these places is the relatively prosperous by the standards of North Africa, the kingdom of Morocco with its capital in the city of Rabat.

Neither war nor peace

In early July, an extraordinary meeting of the Popular Front for the Liberation of Segiet el Hamra and Rio de Oro, better known as POLISARIO, opened in the camp of the Western Saharan refugees Dakhla in the province of Tindouf in southern Algeria. After the sudden demise of the leader of the Front, Mohammed Abdulaziz, who only six months ago - 2015 in December - was re-elected POLISARIO Secretary-General (this automatically means that the President of the Saharawi Democratic Republic was elected) movement.

The Frente POLISARIO is recognized by the UN as the only representative of the Western Saharan people, much of whom now live in exile in refugee status, while the territories of Rio de Oro and Segiet el Hamra - Red Creek and Golden River - are under the occupation of Morocco. This conflict extends from 1975, and so far the United Nations considers Western Sahara to be the last colony in Africa. The armed struggle of POLISARIO against Morocco stopped in 1991, when under the UN auspices, emphasizing the Saharan people’s right to self-determination, an armistice was signed on the terms of a referendum that would determine the fate of this former Spanish colony. Nevertheless, during the past quarter century, the plebiscite was frankly sabotaged by the Moroccan side.

So far, without waiting for approval from Rabat, the independence of SADR was recognized by the 61 country (mainly from Africa and Latin America), of which 10 subsequently froze diplomatic relations with it. There are no European states on this list, nor are there any of them in the list of 26 countries that have withdrawn their recognition, except for Albania and the disintegrating Yugoslavia. 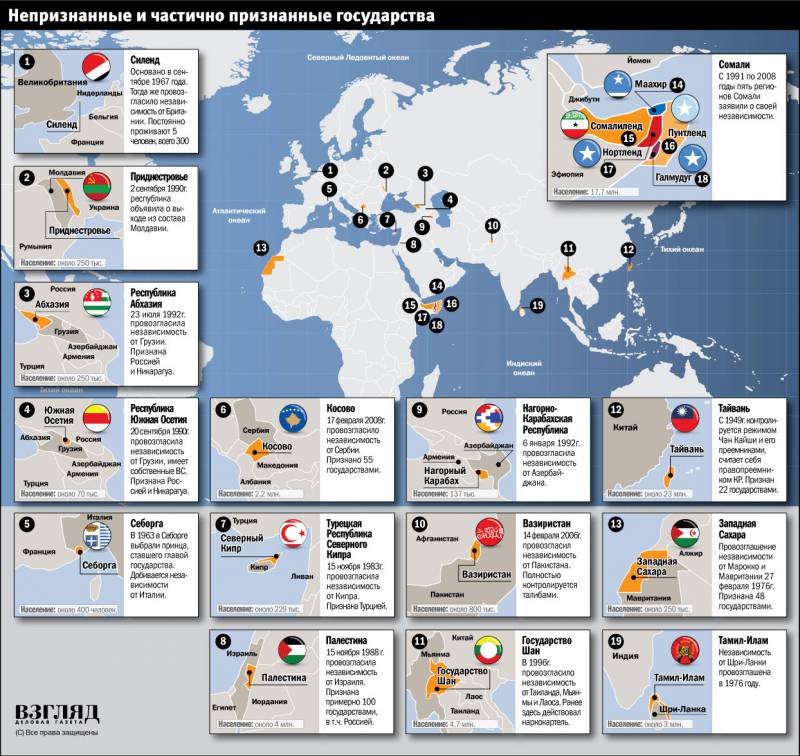 Mohammed Abdelaziz was the leader of the “faction of politicians”, that is, the representative of moderate forces - supporters of a political solution to the Saharan conflict. In addition, he was considered the spokesman of the pro-Algerian line in the leadership of SADR, and in Algeria they did not fully recover from the victorious but destructive war with the Islamists and did not want another destabilization in the region (especially since Algeria’s President Abdel Aziz Bouteflika was seriously ill, and the new pluralistic multi-party system is not yet fully settled). Yes, the terrorist threat from internal Islamists has been eliminated, but their external invasion from Libya, Mali or Tunisia is possible. Worse, officials in France threatened that Algeria would be the next country in the Arab Spring. In this situation, Algeria is opposed to a military solution to the Sahara problem, but its influence, although significant, cannot be decisive, especially since there are different points of view on the SADR problem in Algeria itself.

The fact that Mohammed Abdelaziz was the leader of the “faction”, and not of the party, has its explanation. Prior to state independence, the POLISARIO Charter prohibits the creation of any political parties, since people fighting for independence require unity of action. Nevertheless, the leadership of the Front really cares about pluralism of opinion and freedom of expression. Thus, the author of the newspaper VIEW witnessed how a driver of a car transporting high-level delegates to the congress from Tindouf to Dakhl, fiercely criticized the leaders of the Front for inefficiency in the presence of foreign guests. It is simply impossible to imagine such a thing in Morocco, and in any other Arab country, but for the Saharans it’s quite natural, and the leaders were justified sluggishly, referring to objective difficulties.

According to popular opinion, in the leadership of the POLISARIO three conditional factions compete - "political", "youth" and "military"; in addition, Saharans living in Mauritania and in the territories controlled by Morocco are trying to defend their interests. The key issue dividing the faction is the attitude to the resumption of war, while the “faction of the world” in the Frenade does not formally exist. Of the hundreds of delegates of the previous congress who spoke with Russian observers and guests, only the head of the Saharan Women’s Federation spoke out against the war, and even then with great reservations. So the question comes down to the terms and conditions for its renewal.

The youth faction insists on the immediate resumption of the war. Its more moderate part agrees to wait for the outcome of negotiations with Morocco on the referendum, but no more than a year and a half and two years and with the unconditional commencement of hostilities in the event of their failure.

The “political faction” is closely connected with the administration of the refugee camps, distributes international aid, and its position is strongly influenced by the opinion of the world community. In principle, she does not oppose the idea of ​​a war of liberation in case of failure of negotiations, but considers the resumption of hostilities the worst possible option. At the same time, she insists on de-ideologization of SADR - the POLISARIO should cease to be a “left” movement to facilitate the receipt of assistance from the EU and political support from the United States.

Finally, the “military faction” consists of military leaders demobilized after the truce, who for a long time were virtually denied access to political and administrative positions in refugee camps and were forced to engage in small retail trade, which is very underdeveloped due to the lack of full-fledged cash relationship. Gradually, as a result of the elections, the military began to push politicians off, but this process is slow, and they manage to force out mostly women who ran the camps during the war. This faction is well aware of the unpredictability of the results of the war, but it needs changes, opposed by politicians.

In such circumstances, the most important issue of all that were put before an extraordinary congress was the unity of the National Secretariat and the nomination of a single candidate. In the end, we managed to do this: the legendary leader of the Saharans Ibrahim (Bragim) Gali became the single candidate. He joined the struggle for national independence back in the 60s of the last century, became the first leader of the POLISARIO in 1973, served as defense minister and commander of the military district during the war with the Moroccans, and later was the representative of the SADR in Spain and ambassador to Algeria . Recently, he served as head of one of the four Commissions of the front - on information work and campaigning.

With a secret ballot, Gali received 1766 from 1895 votes, as there were no alternative candidates - they decided that each delegate had the right to enter the name of any person as a candidate (simple Saharans were frankly amused by the idea that you could enter yourself). And undoubtedly, the names in the bulletins will subsequently be studied for further personnel decisions.

Thus, it can be considered that the Congress designed the victory of the “military faction”: in addition to Gali’s nomination and victory, it is worth noting that SADR Minister of Defense Abdullah Al Habib was elected chairman of the congress.

Keynote speech by the President-elect SADR sounded menacing. On the first day of the congress, he humbly went to the delegates in inconspicuous clothes, but immediately after the election dressed in military uniforms and offered a brief but comprehensive program of action covering all spheres of activity, except for some reason the economy. The keynote of his speech was the thesis that the Sahrawis, of course, want a peaceful resolution of the problem, but it is ready to resume the war.

The refugees are simply tired of waiting for a change for the better. Since the signing of the truce and the referendum, a quarter of a century of life has passed in the terrible conditions of the camps in the heart of the Sahara. Already a whole generation has grown up whose eyes are rattling weapons, publicly rejecting the previously signed agreement, sending the staff of the United Nations Mission for the Referendum in Western Sahara (MINURSO) and bringing charges against the Secretary-General of the organization, Ban Ki-moon.

At the same time, the population of the occupied territories of Morocco expressed its dissatisfaction more and more loudly. If earlier it was manifested mainly in the form of civil disobedience, hunger strikes and protests, now documents the Polisario congress talk about full-fledged Intifada, and the residents of the refugee camps are beginning to demand the resumption of the war for the liberation of the motherland. People have been driven in inhuman conditions, be deprived of hope, and in fact it went official Rabat.

Therefore, in the program speech of Ibrahim Ghali, the word “peace” was used once, and “war” - three. At the same time, the legendary Sahareez is well versed in military affairs, and the most important section of his report was devoted to military construction, as well as to the fact that the armed forces need to be reformed, and the officer corps needs to be rejuvenated.

A movement demanding the resumption of armed struggle is now growing not only in the camps, but also among the Saharans living in the occupation. They have nothing to lose, and they can get a lot: Western Sahara with a relatively small number of people has enormous natural resources. And if earlier it was believed that the main ones are the unique in quality phosphate deposits and reserves of iron ore, now ocean coastal waters in the economic zone, where the commercially important fishing zone is located, are of even greater value.

In aggregate, all this creates a threat that not only in Western Sahara, but also in Morocco, Islamist terrorists from neighboring countries can come. And if now the problem is solved mainly by force (Islamist preachers from abroad are banally banned into the region, and secret agents are likely to be exterminated), in the event of a resumption of hostilities, the development of events can take an unexpected path. Including, therefore, the UN understands that the need for a referendum in Western Sahara is long overdue. POLISARIO proposes to put on the plebiscite three options for deciding the fate of SADR: independence, autonomy within Morocco and full adherence to Morocco. But fundamentally, the people of Western Sahara must decide their own destiny. Any decision imposed from above is fraught with an outbreak of violence, the echo from which in the current era can thunder on the other side of the Mediterranean Sea.