July 11 2016
47
The General Staff of the Armed Forces of Ukraine spreads a statement that in the area of ​​the settlement of Troitskoe, the Ukrainian security forces allegedly repulsed the attack of the sabotage and reconnaissance group and inflicted defeat on it. In the reports of the General Staff of the Ukrainian Armed Forces, which all the major Ukrainian media have managed to distribute, it is argued that the “broken DRG” included “Russian military personnel”.

The submission says that the "DRG", consisting of approximately 20 people, received a rebuff, suffered losses and left the wounded in the territory controlled by the APU. It is alleged that the representatives of the "DRG" ​​abandoned the "company commander" and "platoon commander" "Russian troops." Apparently, the 20 man of the DRG included a company and several platoons at once ...

TV channel 112 Ukraine cites a statement by the representative of the General Staff of the Ukrainian Armed Forces, in which it is said that one of the wounded died:
One of them, a citizen of the Russian Federation Private Tsakirov Natan Leonidovich - a native of the city of Omsk, died from severe wounds. Two attackers were detained. The wounded were given the necessary medical care. Currently they are in a medical facility.
As a presentation of “evidence”, the Ukrainian General Staff does not change itself and cites (attention!) The photographic fragments of a Russian passport in the name of Natan Tsakirov, 1976, year of birth. 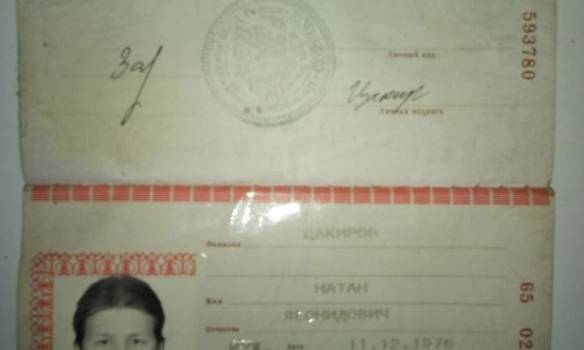 Apparently, this is another case when "intelligence servicemen" go on mission with passports ...

Against this background, the statement of the General Staff of the Ukrainian Armed Forces, which appeared after reports of the “rout of the DRG” under Troitsky, turns to itself. The report notes the fact of the proceedings on the episodes of drunkenness in the units of the Ukrainian army engaged in punitive operations in the Donbass.
From the official report, which stated that "there are no losses and no drunken ones":

According to the results of the examination, two 93 officers of the OGBR detainees did not find traces of alcohol consumption.

The Vostok command confirms the fact that a GSP patrol detained two 93 Ombre officers on suspicion of alcohol use.

Now, the Vostok Operational Command Commission and the 93 Ombre Command are conducting an internal investigation into the causes and circumstances of the detention of the two officers of the 93 Ombre by the patrol officer, who were taken to the health facility for alcohol testing in July.

According to the preliminary results of the chemical-toxicological analysis conducted in the Dnepropetrovsk drug dispensary, in the exhaled air, blood and urine there were no traces of alcohol consumption by the officers.

Also, the Military Service of Law Enforcement of the Armed Forces of Ukraine conducts an official check regarding the illegal actions of the patrol during the detention of officers.

Upon completion of the investigations and inspections, an appropriate decision will be made, which will be additionally reported. 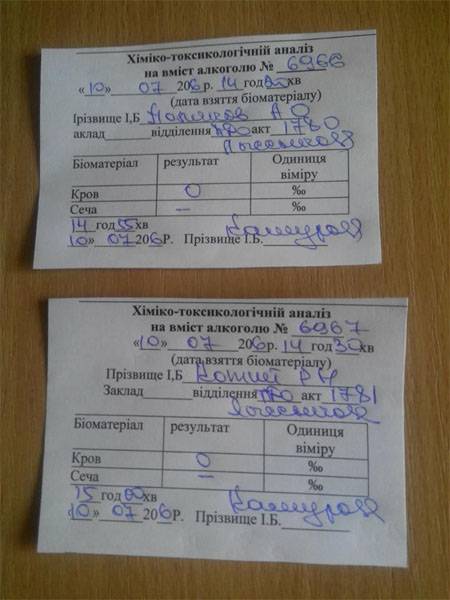 Are these two Ukrainian “sober” servicemen who were detained defeated the “Russian reconnaissance group” by collecting trophies in the form of passports of Russian citizens? ..

It should be noted that today the command of the troops of the DPR publishes reports, according to which an attempt was made to break through the Ukrainian security forces near the Donetsk airport. DAN cites the statement of Colonel Basurin:
In the area of ​​the airport of the city of Donetsk, the enemy attempted to break through the positions of the units of the DPR, but with return fire from rifle weapons was stopped and dropped on previously held positions. As a result of an armed clash, the enemy suffered losses of about seven wounded and three killed.

Photos used:
press service of the General Staff of the Supreme Soviet of Ukraine