Closed firing positions: how to fight with enemy artillery

July 3 2016
34
In Europe, guns rattled over the battlefield from about the 13th century, but for many centuries the artillery did not play a decisive role in the battles. It was only with the advent of the wars of the 20th century that the fire of the guns became almost the main damaging factor. Fighting enemy artillery has become one of the key objectives for achieving victory. 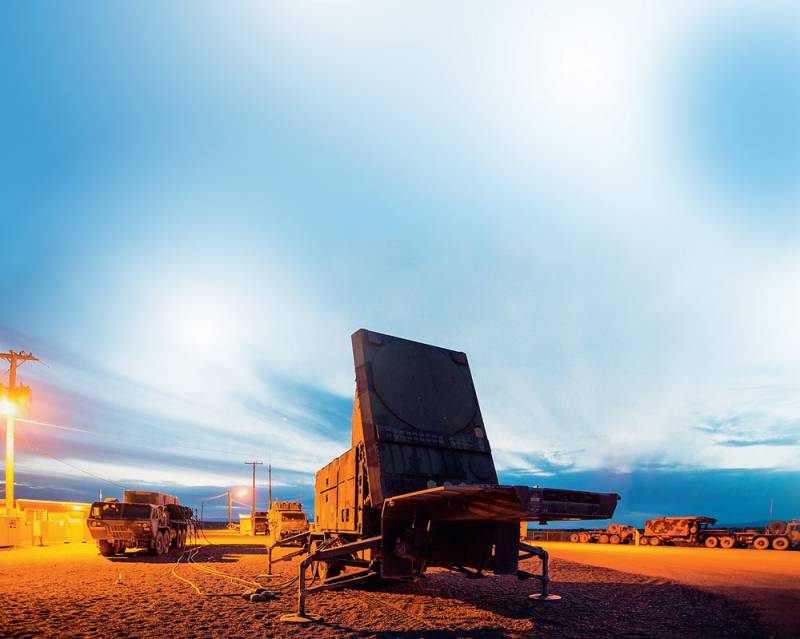 The radar (radar) invented after the Second World War went a long way through technological improvement over several decades. Both the antennas themselves and the data processing algorithms were improved. In the photo - multifunctional radar AN / MPQ-53 in expanded form. Used as part of air defense systems MM-104 Patriot.

For a long time, the artillery was not distinguished by high range, and therefore was located in open positions directly on the battlefield. To establish the location of these positions did not pose any problem, and in artillery duels, which often preceded the battles of the foot and equestrian troops, he was the one who showed more agility. However, with the development of artillery technology, the range of guns increased, howitzers, capable of sending a projectile along a steep (mounted) trajectory, became widespread. Thus, it became possible to hide their artillery behind the folds of the relief or in specially constructed shelters. Fighting episodes with shooting from closed firing positions were noted as early as the Russian-Japanese war, and already in World War I, similar tactics of using guns became almost universal. 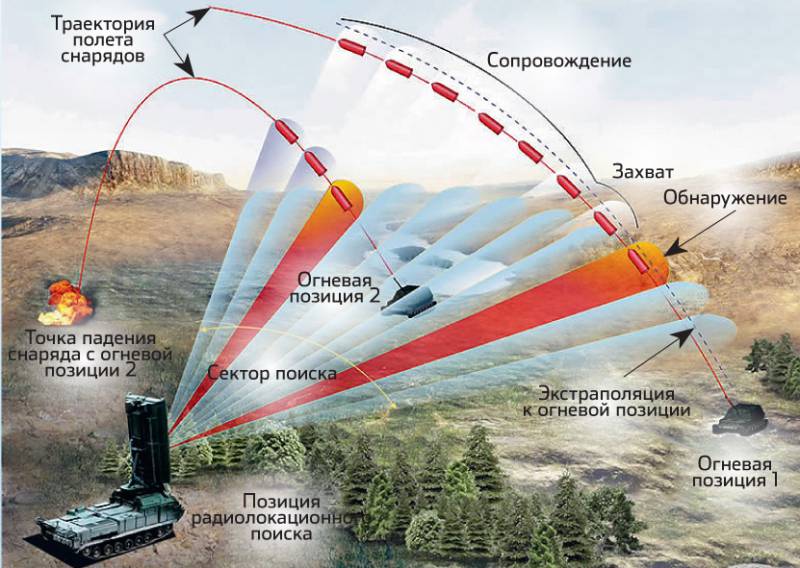 On the radar screen
Unlike the sound-reconnaissance station, which in its calculations relies on the speed of the sound wave from a shot, the anti-battery radar detects the rocket or projectile directly and calculates it entirely at several points of the trajectory, determining both the location of the enemy’s firing position and the location of the projectile.

Flash and piston
What if the enemy throws shells at you, and you do not even know where? The answer is simple: you need to come up with means of reconnaissance, detect the positions of the enemy and cover them with return fire. One of the options is to conduct reconnaissance from the air using airplanes or from a balloon, as shown in the famous comedy “Bumbarash.” These were good ways, if only because it was possible to see the enemy batteries from above before they started firing. However, there were still few airplanes in the First World War, and hot air balloons turned out to be too dependent on the vagaries of the weather, primarily on the direction of the wind. The art of disguise has also developed. Therefore, various methods of determining the position of closed artillery positions “without separation from the ground” began to arise. For example, they tried to calculate the position of the batteries by observing flashes. Seeing the flash or smoke of the gun, one could understand the direction to the position, and the distance was calculated using the “Boulanger sound rangefinder”. In fact, it was a device for measuring the time elapsed from the flash to the sound of a shot. In a tube with a viscous liquid, the piston sank, and the scale of the instrument graduated in sazhens (the speed of sound had long been known). The value of the division, opposite to which the piston was at the moment when the roar came, and corresponded to the distance to the gun or howitzer. 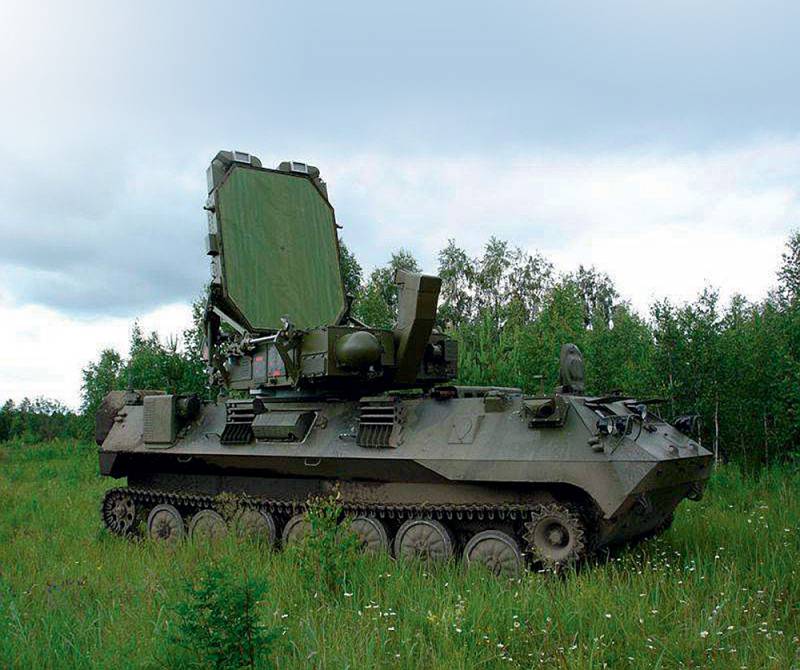 Intelligence Ears
But this, of course, was a rather primitive way. A more sophisticated sound intelligence system began to be developed even before the First World Headquarters Captain of the Russian Army, Nikolai Albertovich Benoit. He thought of using sound receivers (membranes) located at a great distance from each other. When the sound wave front passed through them, they began to oscillate, opened the contact and stopped the time counter through the electromechanical device. Knowing the difference in the arrival time of the shot sound on the spaced membranes and the relative position of the receivers between themselves, it was possible to calculate the position position. The sound reconnaissance units that applied Benoit’s invention showed good results, detecting the enemy’s batteries with high enough accuracy for those times. Benoit was not the only one who worked in Russia on sound intelligence systems. A certain distribution was also received by the VZh system, named after the developers of Volodkevich and Zheltov. There, three soldiers-observers acted as sound receivers, who occupied spaced positions with exactly measured coordinates. Hearing the sound of a shot, each soldier pressed a button, thereby sending an electric signal along the wire to a recording station installed in the rear. Having received the signal, the device left a mark on the moving paper tape. The marks could be used to determine the difference in the time of arrival of a sound wave to different observers, and then calculations were made. The VZh system also confirmed its performance, although to a greater extent than the Benoit design, depended on the human factor, or rather, on the reaction speed of the observer. 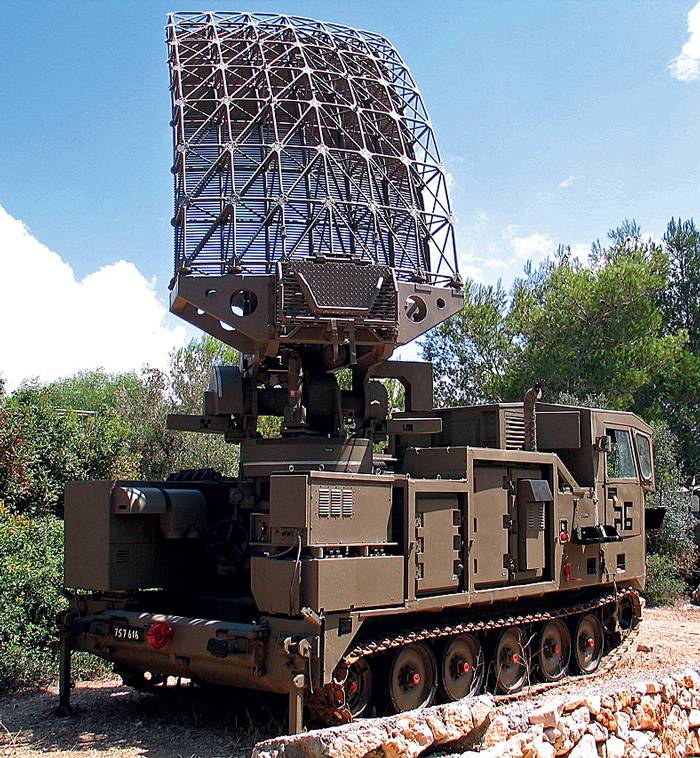 Shilem (Israel)
The topic of notching the enemy’s firing positions, mainly missile ones, is traditionally relevant for Israel. In this country, in particular, there is a missile defense system "Iron Dome". Using radar, the system calculates the trajectory of the fired missile, determines the place of its fall, and if the projectile is dangerous, gives the coordinates to the defeat.

Old idea and new technology
The equipment for sound reconnaissance continued to develop after the First World War in the USSR and other countries of the world. From membranes they passed to microphones, from chronoscopy (that is, fixing a single moment of arrival of a sound wave) to chronography (continuous recording of sound in relation to time coordinates). With the development of computing technology after the Second World War, computers were connected to the computation of the received data.

In the 1980-ies the Soviet Army received the most advanced model of equipment for sound reconnaissance - the AZK-7 complex, developed by the Odessa SKB "Lightning". The system was based on cars ZIL-131 and consisted of one central and three points with acoustic bases. She could carry out reconnaissance of artillery shells at a distance of 16 − 20 km and mortars - up to 8 km. However, no matter how stepped forward the progress has been since Nicholas Benoit, the sonometric reconnaissance still had its drawbacks, such as dependence on weather conditions and low accuracy during intensive shooting. When the cannonade rumbles endlessly, the sound reconnaissance equipment is “lost”.

Nevertheless, the sound-reconnaissance technique remains in service with a number of countries, and even new high-tech versions are being created, such as the American Boomerang, which is able to determine the location of a sniper firing a rifle, or any person who launches small weapon. 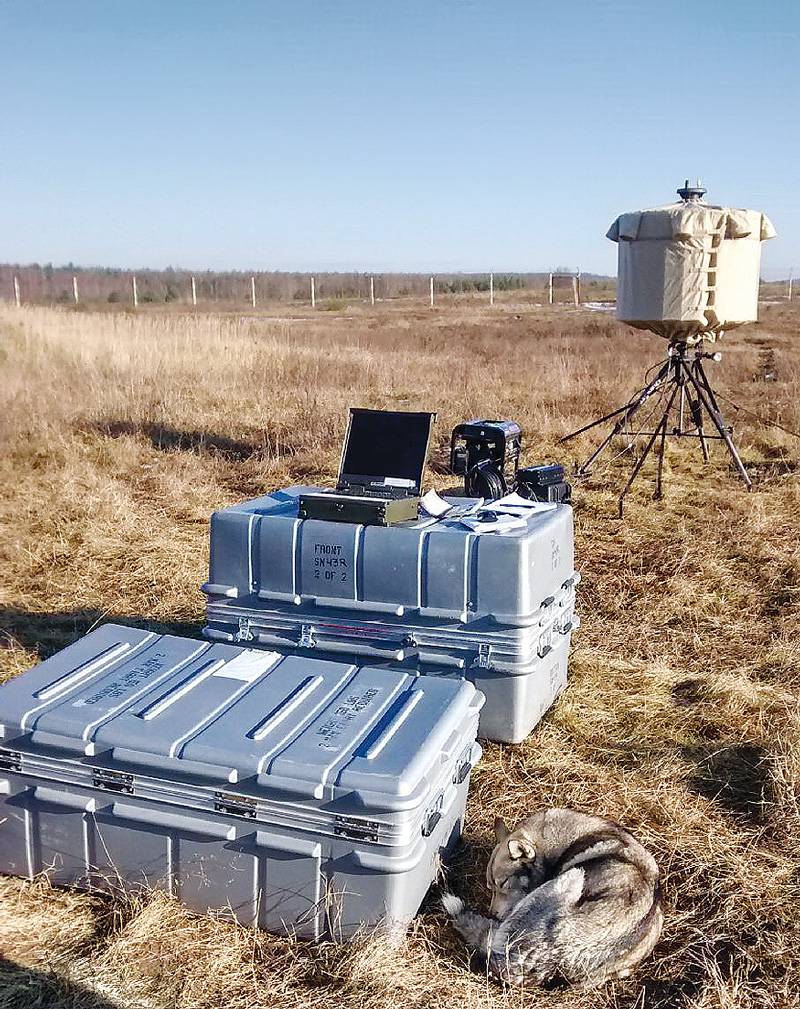 AN / TPQ-48 (USA)
Mobile portable radar counterbattery, designed to detect enemy mortar positions, provides an overview of 360 degrees and a detection range of more than 10 km. At the core of the design is an antenna with PAR. Radar is integrated into digital battle control networks.

Locators on the scene
As for the counter-battery struggle, then with the 1960 — 1970-s, in addition to sound-reconnaissance systems, they began to develop stations that allowed the enemy to detect the artillery positions of the enemy using radar methods. The radar is able to detect the projectile fired and at several points of the trajectory to calculate the location of the howitzer, mortar or MLRS. The easiest task was to solve for mortars with a steep hinged (close to parabola) trajectory. It was more difficult with howitzers, and the most important problem was represented by guns with a flat trajectory.

In the USSR, the ARK-1 "Lynx", built on the MT-Lbu floating tracked chassis, became the firstborn. An emitter with a power of 200KW was used to irradiate projectiles and enemy missiles, and a lens-shaped rotary radar was used to receive the reflected signal. According to the data describing a fragment of the trajectory, the computer complex calculated the type of projectile, the position of the artillery position and the intended place of the projectile falling. The “Lynx” complex was used during hostilities in Afghanistan, but in the highlands it proved to be not the best. A separate problem was the powerful radiation, from which it was necessary to protect the military personnel who worked with the complex.

In the United States in the same years, the Firefinder complex was developed with a radar based on an antenna with a phased antenna array. The radars were of two types - AN / TPQ-36 and AN / TPQ-37, one of them close, the other - long-range. It was these installations that were discussed when it was reported about the possible supply of American intelligence equipment to Ukraine. Now these radars are considered obsolete, and to replace them, the corporation Lockheed Martin creates a new system, AN / TPQ-53. In 1986, more advanced technology appeared in Europe. Together, Britain, Germany and France created the COBRA complex, which is able not only to detect individual guns, but also to analyze the location of the batteries for effective strikes. Also one of the most high-tech versions of such equipment was the Swedish-Norwegian ARTHUR. In Russia, in recent years, the development of the Zoo-1M complex has been completed, which should correspond to advanced foreign models in terms of its parameters.

AN / TPQ-36 (USA)
Developed by Hughes in the 1970-ies within the framework of the Firefinder program, the mobile radar was able to finally detect the positions of both mortars and howitzers, and guns firing at a gentle trajectory. The range for detecting positions for artillery is 18 km, for missiles - 24 km.

The development of a variety of reconnaissance assets, which make it possible to detect closed artillery positions, has long made the gunners not feel safe and often change the position of the guns after a series of shots. But anti-artillery radars are also quite vulnerable. After all, starting the irradiation of the target, the locator can be detected by means of electronic intelligence. An artillery strike can be applied to it, and electronic warfare weapons can be used against it. To protect such a complex and expensive facility requires security measures. First, for modern anti-artillery radar, radiation time is critical. The shorter it is, the less likely it is to be detected. Secondly, the radar must be used in conjunction with other reconnaissance measures, in order to put it into action precisely when there is a threat of shelling. And thirdly, like the gunners, increased mobility is prescribed to the radar units. In modern warfare, as in the duels of artillery of the past, promptness will not interfere.