This year, 6 C-400 regimental kits will arrive in the army.

27 2016 June
65
The RF AUC is planning to receive in the current year 6 regimental sets ZRS-400 "Triumph", reports Rossiyskaya Gazeta With reference to the Commander-in-Chief of the All-Union Confederation of the Armed Forces Viktor Bondarev 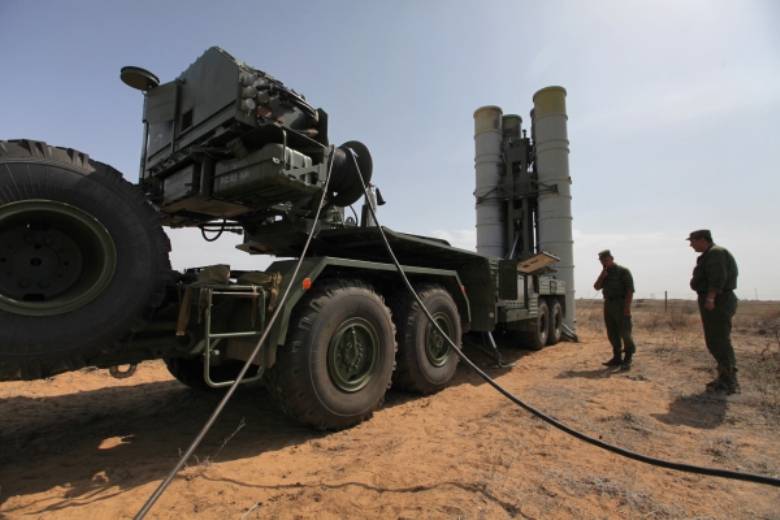 "The industry is reaching its design capacity, so this year we will receive six C-400 complexes, and next year we will not reduce the pace,"
said the colonel-general in Novosibirsk on the action "Contract Service - your choice!".

“A C-400 regimental set of 16 launchers and a control point can fire up to 80 targets simultaneously. Launchers can be equipped with various types of missiles (there are six of them in the Triumph arsenal) to create a layered defense, ”the newspaper writes.

As stressed by Bondarev, "the complex is distinguished by high reliability and unique combat properties, confirmed by work in the troops."

Just one complex "Triumph", transferred to Syria, closed to outsiders aviation the entire territory of the republic. “We have everything to reliably close the air borders of Russia,” said the commander in chief.

According to the December 2015 newspaper, “The 25 of the С-400 battalions are in combat duty in the Moscow region and Leningrad region, in Kamchatka, Novaya Zemlya, near Kaliningrad, Novorossiysk and Novosibirsk”.

Ctrl Enter
Noticed oshЫbku Highlight text and press. Ctrl + Enter
We are
The first buyer of C-400 "Triumph" was ChinaThe action “Military service under the contract is your choice!” In Rostov-on-Don: future contract servicemen, exhibitions and “Russian Knights”
Military Reviewin Yandex News
Military Reviewin Google News
65 comments
Information
Dear reader, to leave comments on the publication, you must sign in.