23 2016 June
99
About fifty employees of the Department of State sent a letter to their leadership proposing to start bombing the official army of official Damascus "to achieve peace in Syria," RIA News New York Times newspaper report. 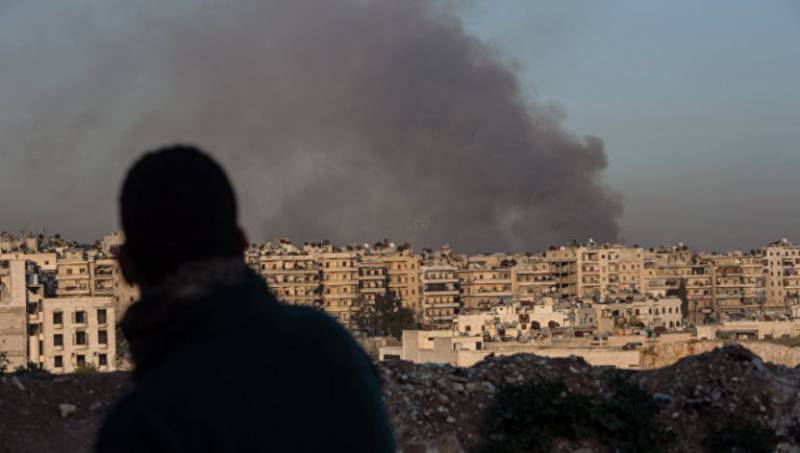 "We see the point in a more active US military role in Syria based on the rational use of remote weapons and weapons from the air, which could contribute to and promote a more focused and aggressive diplomatic process under the leadership of the United States, ”the newspaper quoted a letter.

Commenting on the message, the publication explains that "by" remote weapon "we mean, in particular, cruise missiles that can be launched at a great distance, which will not allow the Syrian government troops to respond to such attacks." This is how the United States acted in Yugoslavia in 1999, forcing the country's authorities to conduct a dialogue that ended with the proclamation of independence of Kosovo.

"Some say that such a comparison is incorrect due to the active participation of Russia and Iran in this war (in Syria), and suggest that these countries can strengthen their activities to support the Syrian troops to neutralize any American strikes," writes the author of the article .

It is noted that "only in a closed letter of the State Department employees there are ten points, each of which provides a justification for the need for strikes against the Syrian government to end the civil conflict in the country, solve humanitarian problems, return refugees, as well as to fight the IS." The latter is explained by the fact that "the attacks of the United States will stop the attacks of the Syrian troops on the opposition forces, which can fully concentrate on fighting the IG."

The message also proposed to create a no-fly zone over Syria. However, “the letter does not answer the question of whether a no-fly zone will be used for Russian aircraft, and how Washington is going to introduce it without risking a big conflict (with Russia),” the author writes.

“In addition, it (the letter) does not say how to eliminate deep divisions, even among allies, about how the peace agreement should look. It does not provide the legal basis for the war against Syria, which Russia is undoubtedly blocking in the UN. It does not say how to remove Assad, preventing the collapse of the Syrian government. The letter, rather, states disappointment or even outrage at the current policy, than offers concrete alternatives, ”the article says.

In Moscow, a letter from State Department officials was criticized and expressed hope that Washington would not repeat its mistakes in Iraq and other countries, where it tried to solve internal problems with military force.

“All international formats created with the participation of the United States, the relevant resolution of the UN Security Council, documents adopted following the IHL meeting indicate that there is no force scenario for resolving the Syrian issue. Only a peaceful way, only a political dialogue, ”said Maria Zakharova, a representative of the Russian Foreign Ministry.