10 2016 June
30
The Ministry of Defense of Montenegro spreads the message that at the Comansky bridge in the capital of the republic - the city of Podgorica - the helicopter of the Air Force of the country suffered a crash. The report says that both members of the crew of a military helicopter survived. In this case, the crew commander received serious injuries.


A meeting is held at the Ministry of Defense that is dedicated to army flight safety aviation in connection with the incident.

According to some information, this is a French-made SA.342 Gazelle helicopter, which, among other weapons, went to Montenegro after it left the union state with Serbia. 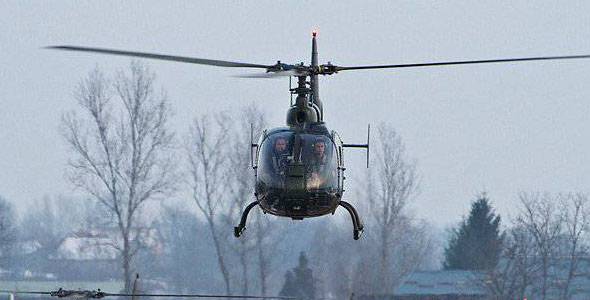 The helicopter had a tail number 12941 and crashed while performing a scheduled training flight. In the helicopter at the time of the crash was a high-ranking official of the Montenegrin Air Force - Deputy Air Force Commander of the country Namik Arifovich. It is reported that he served as commander of the crew. In addition to him in the cockpit was a lieutenant colonel of the Montenegrin army Mirolyub Antanasyevich. Both of them were delivered to the state clinical center in Podgorica.

At the crash site there is a special commission that collects information about the accident. Not excluded technical malfunction of the rotary-wing machine.

Ctrl Enter
Noticed oshЫbku Highlight text and press. Ctrl + Enter
We are
Installed the crew of the deceased attack aircraft found during the construction work of the bridge across the Kerch StraitIn Dagestan, a military helicopter crashed
Military Reviewin Yandex News
Military Reviewin Google News
30 comments
Information
Dear reader, to leave comments on the publication, you must sign in.