NATO exercises: Do not climb a bear with a pen knife. (Agora Vox, France) 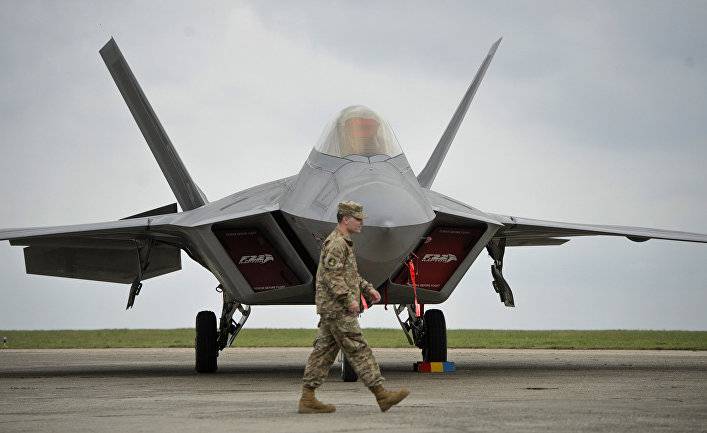 Three B-52 strategic bomber (this stuff, by the way, has been in service since 1955, and it was she who dumped millions of tons of bombs and chemicals on Vietnam) should take part in the military exercises BALTOPS 16 and Saber Strike 16, which run from 3 to 19 more than 6 of thousands of military from 15 of NATO member countries, as well as Swedish and Finnish soldiers. The Saber Strike teachings with the participation of 13 states began in Lithuania, Latvia and Estonia on 27 in May and will continue until June in 22.

NATO is a military machine that has no other purpose left (due to the dissolution of the Warsaw Pact Organization), except to serve the interests of financial tycoons and American companies that are striving for world hegemony and plunder of the entire planet. Can you imagine what the opposition of the Russian and NATO troops could lead to? Think it's over a couple of shootings? A naive and even stupid opinion: NATO, like Russia, has a nuclear arsenal of apocalyptic proportions. And since neither side wants to lose face, what will happen in a direct, even if limited, collision? Bombs will fly ...

NATO, weapon The collapsing American system of economic and financial domination leads the world to war, supporting the antics of the former eastern bloc countries, Poland, the Baltic states, and Ukraine. What do large-scale exercises at the Russian borders mean? Is this generally reasonable? Who should this scare? Putin's? On the contrary, it only pleases him, because he gives an excuse for the enormous expenses for the modernization of the army. Is it possible to instill fear in a bear by attacking him with a penknife?

In fact, Russia does not threaten Europe with anything. Russia is not our enemy. But the policy of the United States and its vassal allies is intended to create just such an impression. The development of NATO bases and the expansion of its infrastructure should increase the influence of the alliance in Europe, force the member countries to allocate additional resources for the maintenance of troops and sow alarm among the allies. Perhaps it is time to realize these facts and look into their faces.
And it looks not too nice. Since a full-scale war in Europe would be a threat to the existence of the Russian state and nation, they are taking steps to demonstrate unequivocally that the United States would have to pay a huge price for the attack. The defense weapons being formed by Russia are at the level of the NATO threat. And further - more.

Until recently, Russia did not believe in the classic military threat from the NATO forces. And did not use significant resources to protect against fictitious threats. Now this approach is changing dramatically.
Armored vehicles. Russia rearmament the prestigious 1st Guards tank the army. Now she is armed with T-72B3 and T-80 battle tanks, but they will be replaced by the revolutionary T-14 Armata. New vehicles will also replace the current armored personnel carriers and infantry fighting vehicles. Mi-28 and Ka-52 attack helicopters will provide support for armored vehicles from the air. The West has nothing to answer for such armored forces.

Tactical missiles. The new Iskander-M missile system is a dangerous weapon from any point of view. Although technically speaking, this is a short-range tactical missile (less than 1 000 km with an official range of 500 km), it can be used to launch P-500 with a range of 2 thousand km. It has the highest accuracy, can perform anti-missile functions, reaches supersonic speed and can hardly be detected from the ground. These missiles will be able to destroy all units and equipment of NATO and the United States in Eastern Europe and, if necessary, open the way for the 1 tank army.

Intercontinental Missiles. However, neither the tanks nor the Iskander-M complexes pose a threat to the United States. Therefore, Russia needs a weapon that can sow panic in the Pentagon and the White House. PC-28 "Sarmat" (SS X-30 according to NATO classification) raises fear to a previously unprecedented level. Sarmat flies at speed in 20 Mach (24 500 km / h), capable of carrying from 10 to 15 charges with separable warheads and hit any target anywhere on the planet along any trajectory. All this together means the impossibility of intercepting a missile and its warheads. In addition, "Sarmat" can bear the usual charge to defeat the enemy fortifications in a non-nuclear conflict. This is possible thanks to the amazing accuracy of Sarmat (10 meters) and a short preparation time for launch (less than 60 seconds).

Strategic torpedoes. The strategic torpedo “Status-6” can go at a depth of up to 1 thousand meters with a speed of up to 185 km / h and a range of 10 thousand kilometers. It is carried by specially modified submarines. It can be used against aircraft carrier groups and bases of the American fleet (in particular, strategic submarine bases), and in the most terrible configuration, it can serve as a means of delivering cobalt bombs that create a zone of radioactive contamination over a large territory. Given that most American cities and industrial centers are located on the coast, this makes them especially vulnerable to attacks from torpedoes.

Other weapons. The RT-23 UTTH rocket complexes are deployed in trains that are in constant motion in the boundless Russian railway network. And it is impossible to find them. Demonstrated in action during the war in Syria, the Caliber missile can be launched from a regular cargo container that you have seen more than once in wagons, trains and ships. As you remember, the Caliber can hit any target at a distance of up to 4 thousands of meters and carry a nuclear warhead. Will it be difficult for Russia to deploy these cruise missiles along the US coast on board conventional container ships?

So, should we, the French and Europeans, make our existence dependent on the whims of the Pentagon megalomanes, who are also manipulated by the US military-industrial complex?

Russians are ordinary people. They are afraid of war and want to avoid it. The last cost them 28 millions of lives ... But they are ready, if necessary. This is a unique feature of Russian culture, which the West has misinterpreted countless times in the last thousand years. Europeans have repeatedly attacked Russia, but there were waiting for them such fights that they had not even dreamed of in the worst nightmare. Napoleon and Hitler dug their own graves there. That is why the Russians say: “It’s not Russia that starts the war, but it always ends them.”

When will the French and Germans finally realize that the Americans are pushing them into chaos? Even if one country withdrew from NATO, the coalition would be seriously cracked, because no one in Europe is interested in an armed conflict with Russia. This country can only be France. De Gaulle understood this perfectly, but the miserable Sarkozy and Hollande who had brought only disappointment wiped off the Gaullist legacy, and France today has to go on about all the nonsense of the United States - a country that has been confused by absolute absolute power on the planet.

France was ousted from the European governing systems by the arrogant and hegemonic Germany. So is it time for Paris to get out of the disruptive alliance for it and begin a serious rapprochement with Moscow? If Germany is between Russia and France, the two economic, military and nuclear powers, members of the UN Security Council, she will quickly understand what her interest is. This will allow the formation of the Paris-Berlin-Moscow axis, which will be able to sober up the Washington madmen and their London vassals.