They are not friends to us, not partners

8 2016 June
74
Some Russian military experts believe that due to the increased activity of NATO in Eastern Europe, an adequate response from Russia is to strengthen the group of troops in the western direction. There is also an opinion that NATO is preparing a springboard for a global strike against Russia. Finally, the sea phase of the exercises of the North Atlantic Alliance “Baltops 2016” has recently begun. In Moscow, these exercises were considered provocative. 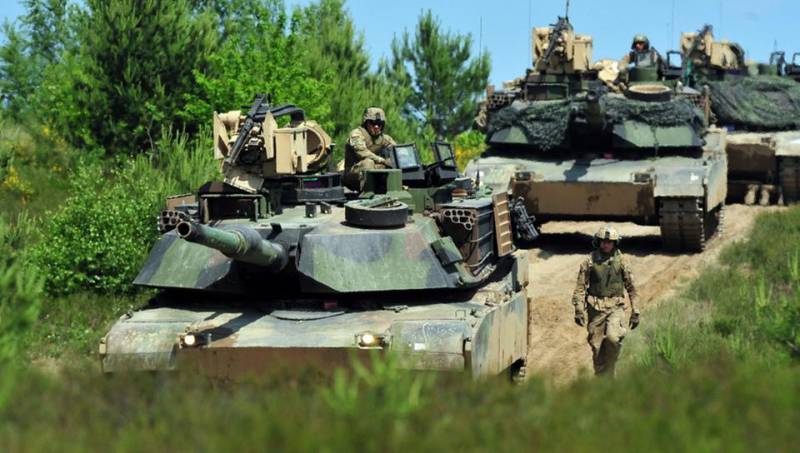 Russia's strengthening of the grouping of troops in the western direction due to the increased NATO activity in Eastern Europe is an adequate response from Moscow, said Interfax-AVN Army General Mikhail Moiseyev, former chief of the General Staff of the USSR Armed Forces.

“In the western direction, a group is needed - one that can adequately respond to all the challenges and threats to Russia,” said Moses.

The expert believes that the actions of the North Atlantic Alliance near the borders of the Russian Federation, including in the Baltic States, and the deployment of a missile defense system in Eastern Europe threaten Russia's national security. “The Russian Armed Forces conduct scheduled exercises and exercises. We will look at the actions of NATO and stick to our national course. If there is a threat, we will respond to it adequately - we have everything for this, ”M. Moiseyev added.

He also emphasized that “today there are one and a half thousand American bases around Russia,” and Russia itself “does not threaten anyone: neither the Baltic countries, nor Poland, nor other states”.

Another statement about NATO came from Senator Franz Klintsevich, the first deputy head of the Federation Council Committee on Defense and Security. This man reported on the preparation by the alliance of a "global strike" in Russia, reports "RT".

Mr. Klintsevich commented on the deployment of NATO troops on former Soviet military bases in Europe. “They have many serious plans within the framework of the concept of the so-called global strike. NATO raises our old Soviet bases in the Baltic States, Romania, Poland, places people there, ”said Klintsevich.

According to him, the number of NATO troops in these countries has increased nineteen times. However, Klintsevich is confident that the danger posed by these troops is small. Russia has no cause for concern. “Yes, they became more active, and they more aggravating the situation, trying to show that there are some aggressive intentions in Russia,” the expert noted.

6 June, the maritime phase of the NATO exercises Baltops 2016 began in the Baltic Sea. In Moscow, the exercise was considered provocative.

The Baltops 2016 exercises take place from 3 to 19 June in several countries: Estonia, Poland, Germany, Sweden and Finland (the latter two countries, as is known, are not included in the alliance).

In the teachings, recalls Utro.ru, involved 49 warships, 60 aircraft and helicopters, three submarines, 6,5 thousand soldiers from 18 NATO states and their allies. Such large maneuvers in this area have not been conducted since the days of the Cold War.

Representatives of the alliance indicated that the maneuvers are aimed at improving mutual understanding, trust and ability to cooperate between countries and include actions at sea, in the air and on land.

"Against whom" are NATO and "sympathetic" warriors training for them? Probably against the Russian “aggressors”, since the commander of the exercises, Vice-Admiral James Foggo, without much ado, called the maneuvers a message to an unnamed recipient. Not Iran and not North Korea, I suppose.

"Conducting exercises with real fighters real weaponsTesting real systems, we want to be sure that we can respond to any crisis if it occurs. The demonstration of our interaction possibilities is such a sign: we are here and we are one, ”quotes the publication of Mr. Foggo.

NATO members are learning not only at Baltops.

The leadership of the alliance has arranged several other large-scale training.

In Latvia, the three-day exercise ends (June 6-8) of the NATO member countries and partners Ramstein Alloy 2. The main task is to test the actions of the Air Force

In Lithuania, there are ten-day maneuvers "Iron Wolf 2016".

Finally, June 7 in Poland began the practical part of the most ambitious in stories countries of NATO exercises. The Anakonda maneuvers will involve 31 thousand troops from 24 countries, including 12 thousands from Poland, 10 thousands from the USA, around 1000 from the UK, notes BFM.ru. To participate in the exercises involved three thousand units of military equipment, including Tanks, Armored personnel carrier. They involved more than a hundred aircraft, helicopters and twelve ships.

“In the difficult conditions in which we found ourselves on the eastern flank, it should be noted that these exercises are primarily defensive in nature,” said Polish Defense Minister Antony Matserevich. “Their goal is to test the ability of the countries of the alliance to protect their eastern frontiers.”

In Moscow, all these major maneuvers are considered a provocative step requiring an answer.

As the head of the International Affairs Committee of the Federation Council, Konstantin Kosachev, stated, the deployment of the forces of the alliance in the Baltic is associated with an imaginary Russian threat, which is alarming.

“The transfer and deployment of NATO forces in the Baltic is clearly not aimed against any Iranian or North Korean threat. And not against an abstract opponent. Paranoid fears about a certain desire of Russia to attack the Baltic countries have already moved from the sphere of media propaganda myths to the field of practical military planning, "said Kosachev Interfax.

“We need to reduce the momentum, but not to increase the grouping. For Russia, naturally, will be forced to take retaliatory actions, which, accordingly, will bring the situation to a new level of potential risks, ”he added.

“Baltops 2016” off the coast of Sweden, Denmark and Poland are alarming by several criteria, I am sure Kosachev. Firstly, now is an inconvenient time for such actions, since they “themselves turn into provocation and a huge risk factor”. Secondly, the Baltic Sea has already become the scene of the most heated debates on the topic of a possible confrontation between Russia and NATO. The expert believes that now it is necessary to “deactivate potential hotbeds of power confrontation”, and at all “not to increase military activity”.

On the subject of the exercises and the so-called Russian threat, spoke on the TV channel "Russia 24" Russia's permanent representative to NATO Alexander Grushko.

“Recently [NATO] Secretary General visited Poland, and during these visits from the Polish side, statements were made that now Russia knows that the attack on Poland is an attack on NATO, which is absurd because they are discussing a non-existent problem. There are no plans for an attack on Poland, ”Grushko quotes. TASS. He added that other statements about the NATO exercises "are simply shocking at their frankness."

He then emphasized the danger of the alliance’s intentions: “[NATO ]’s policy lives in a surrealistic reality, and the most dangerous thing is that it now begins to be embodied just in the form of military planning and military preparations that are carried out in the territories along our borders.”

So, let us add, the bosses of NATO, and along with them, local bosses like the main Polish warrior, and do not hide the fact that the exercises are working out the scenario of protecting the eastern borders from the Russian threat.

The teachings are remarkable also by the fact that they are held on the eve of the NATO summit. By the way, it will take place not just anywhere, but in Warsaw. Of course, the Polish side will once again be able to express there its fears about the coming Putin invasion of peaceful pans, who collect apples, and their hardworking Baltic brothers, putting sprats in cans.