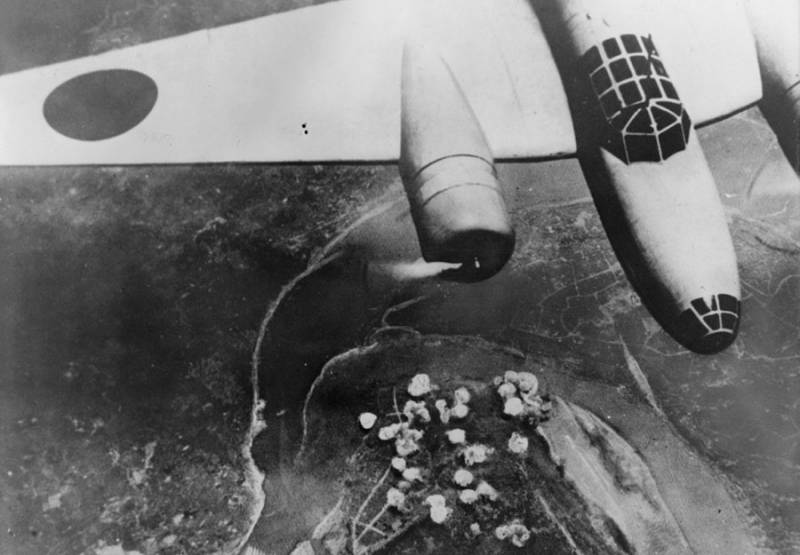 75 years ago, on the night of June 5-6, 1941, the largest Japanese bombing raid in eight years of the Sino-Japanese War aviation to Chongqing - the then temporary capital of China. 130 twin-engine G3M and Ki-21 bombers, flying in succession in separate groups, in five hours dropped more than 100 tons of high-explosive and incendiary bombs on the city. By morning, thousands of houses turned into ruins, about six thousand people became victims of the raid. But the worst thing was that almost all of these people died not from bombs, but from the irresponsibility and stupid formalism of the Chinese police.

The June bombardment of Chongqing was already far from the first, Japanese aircraft regularly attacked this city from 1938. Residents have long been accustomed to the fact that the air-raid alarm must descend into bomb shelters. In addition to the shelters of special construction, various tunnels and underground galleries, where construction stone was mined, were used in this capacity. Still, there were not enough places in the shelters. Usually they were packed with much more people than the sanitary norms required.

In the evening of June 5, about five thousand went down to the largest of these galleries, designed for two and a half thousand people. People stood close to each other, unable to even sit down. All previous raids lasted no more than one and a half hours, but this one turned out to be unexpectedly long. Ventilation could not cope and at the end of the second hour in the tunnel it became intolerably stifling. People began to choke. Looking for rescue, they rushed to the exit and tried to open the gate, but the policemen guarding them had the order not to let anyone out until after the bombing.

In order not to allow the shuttered doors to open the lattice shutters, the policemen wrapped them with a chain and hung the lock, after which they quietly left, not paying attention to the cries and groans of people who were choking. And when three hours later the alarm went off, the guards returned and opened the gate, but none of them came out. The whole tunnel was littered with corpses. Over four thousand people, including more than one and a half thousand children, died of suffocation, and those who still showed signs of life could no longer move.

Rescue work was hampered by the fact that there was literally nothing to breathe in the gallery, and there were not enough oxygen devices. As a result, almost everyone died who decided to hide from the bombs in the tunnel, which became for them a gigantic "sniper". It was the largest disaster of its kind for the whole history wars

Amazingly, no one was held accountable for what happened. The police were acquitted because they acted strictly by order. And the commandant of the city who gave this order escaped with the formal removal from office, although, in fact, he remained in the same place. In general, instead of identifying and punishing the perpetrators, which would certainly have taken up in Europe and America, the Chinese philosophically attributed the tragedy to the will of rock and the insuperable force of circumstances.

The screen saver features a Japanese bomber Ki-21 over Chongqing, a snapshot from the Japanese newspaper Asahi Shimbun, taken from another bomber flying higher. Bomb explosions are visible on the ground.

The beginning of the Japanese bombing of Chongqing, people rush to take refuge in shelters.

Chongqing under the bombs. 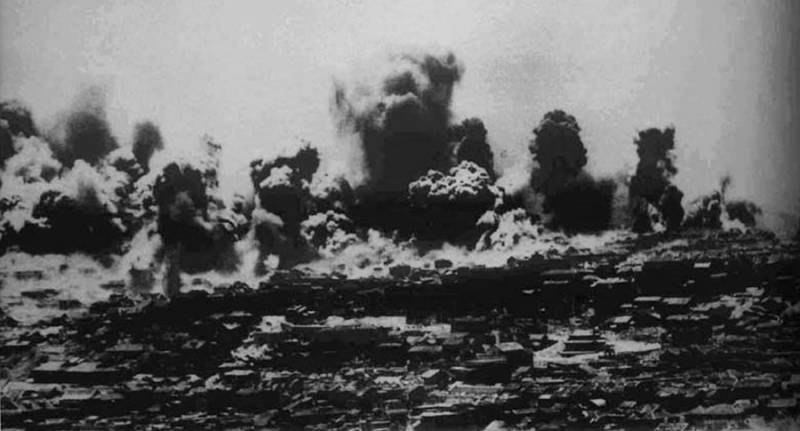 A genuine photograph of the burning city after the next visit of the Japanese bombers.

Bombers G3M who carried out bomb raids on Chinese cities in 1937-41.

G3M and Ki-21 with the designations of bomber senayai who participated in the raids on Chongqing. 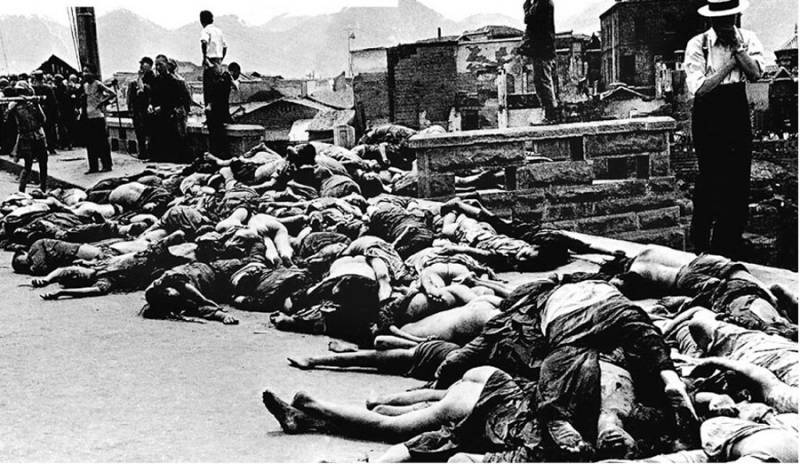 Left: one of the tunnel shelters of Chongqing during the raid. It is clearly seen how densely it is filled with people.
Right: eerie monument erected recently at the site of a tragedy in an air-raid shelter. 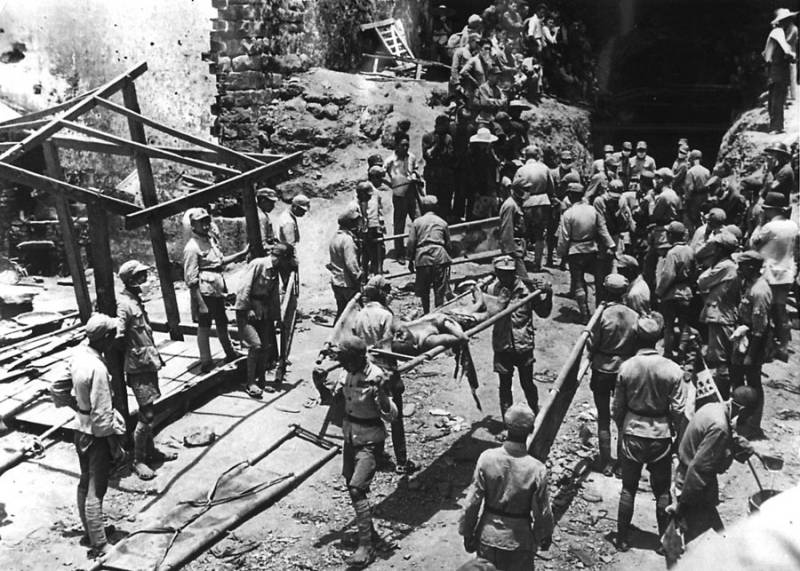 Rescue soldiers at the exit of the "tunnel of death."