Project "ZZ". The racketeers club is outraged by the behavior of Russia

7 2016 June
108
Former US Ambassador to Russia Michael McFaul made a bold statement. According to him (uttered in fraternal Estonia), the United States should “curb” Russia, otherwise it forced NATO to “repel the threat”. In the international online edition of The Huffington Post, meanwhile, it was reported that this threat was “imaginary”, and NATO was called a racket of racketeers. There is a third opinion published by Newsweek magazine. They write that the agreement between NATO and Russia devalued the Russians. 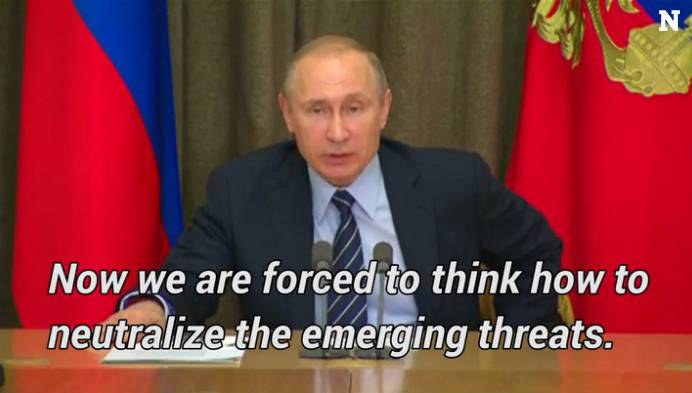 The United States must "curb" Russia, former US Ambassador to Russia Michael McFaul told the Postimees newspaper (issue in Estonian). Translated into Russian, encouraging the Estonian brothers statements appeared on the website "Tapes.ru".

Mr McFaul believes that Moscow’s actions “forced NATO to repel the threat from its [Moscow] side”.

The former ambassador is convinced that the expansion of the alliance to the east was legal: the West did not at all give promises not to accept new members into the ranks.

Further, McFaul traditionally accused Russia of “annexing” the Crimea, as well as undermining the economy of Ukraine.

According to him, the West should "take action" to counter such bad things. “America and Europe have taken important steps to help Ukraine,” said the ex-ambassador. “Putin hopes that democracy in Ukraine will collapse because of an economic collapse, and, for his part, is doing everything to make it happen as soon as possible.” The West must make every effort to prevent this from happening. ”

Riley Woggemen in "The Huffington Post" meanwhile, spoke in the opposite way. The very title of his article is very eloquent: "NATO Is a Racket". This is not about rocket, this is about racket.

Taxpayers who throw their money into the pockets of NATO must think that a “mighty defensive alliance” protects them from the tyranny and occupation of various unpleasant people with dark skin. The picture is rather vague. And what really happens?

The “red threat” is long gone. Over the past twenty years, NATO would do well to revise its doctrine and its goal in general. Maybe NATO could start exploring Kabbalah together with the singer Madonna, who, like the alliance, has nowhere to strive for.

But Americans need to sell their fighters. Sell ​​those countries that do not need them. If no countries buy fighters, things will be bad.

As early as 1999, one “think tank” predicted Russia's behavior during the expansion of NATO to the countries of Central and Eastern Europe. When it turned out to the tycoons of the American military industrial complex, these countries were a dream for manufacturers weaponssmart comrades explained that the supply of arms to the new members of the alliance cannot be a leading priority, because without improving relations between Russia and NATO, increasing military capabilities in the new countries of the alliance will lead to a fire of war between Moscow and the West. And this is 1999 year, and the “think tank” is the Center for Worldwide Dialogue. “What could be more prophetic?” The author exclaims.

Recently, the Danish left-wing newspaper Politiken published an article on the topic of “the threat of Russian conquest of the world” —or more precisely, the way Washington’s propaganda portrays it. This is done to increase the volume of arms sales to the American "allies" in NATO in Central and Eastern Europe. According to high-ranking officials from the Pentagon, Russia may invade the Baltic States “literally at any minute.”

And last year, the Obama administration launched an ambitious campaign to impose American weapons on NATO member countries. The purchases are “sparing” and are designed for two years - so that the tightened belts of European countries do not die from new expenses.

What does all of this mean? The answer lies on the surface. NATO draws imaginary threats, creates images of enemies who are ready to devour “world stability”, and then forces the “allies” to buy weapons to the very eye of the eye. Wholesale and Retail.

The famous Major General Smedley Butler, who knew well the structure of the American military machine, explained a long time ago that war is a racket.

And it is difficult to argue today with the fact that NATO plays the main role in this “blood-soaked cheating”.

The author is convinced: the United States does not need to participate in the obsolete North Atlantic alliance. You should not spend on the armed forces as much as the following countries in the list of 25 combined. NATO is not needed at all: you cannot pay for its existence for the bombings of defenseless countries and the merchants of death. The countries that are now participating in NATO have absolutely no benefit from NATO. NATO is just a collection of racketeers.

There is another opinion published by the European edition of the journal. Newsweek. The author of the material is the notorious Igor Sutyagin, now a senior research fellow at the Royal United Services Institute.

27 May 1997, that is, nineteen years ago, Russia and NATO signed in Paris the Founding Act on Mutual Relations, Cooperation and Security. Kremlin diplomats continue to cite this document as a text containing NATO’s commitment not to permanently deploy troops in non-NATO countries.

It can easily be understood that the significance of the Founding Act for Russia lies in the established restriction on the possibility for NATO to freely deploy its forces east of the old border between East and West Germany. This helps the Kremlin to maintain a comparative military superiority in the areas adjacent to the countries of the former "eastern bloc" and the former Soviet Baltic republics, the analyst points out.

But is it true that Moscow appreciates this document? “Surprisingly, the answer is no,” the author believes. According to him, Moscow long ago "de facto annulled the document."

The above restriction on the deployment of NATO is established by Section IV of the law. Section IV is devoted almost exclusively to the Treaty on Conventional Armed Forces in Europe (CFE Treaty). It was envisaged that the CFE Treaty will remain the cornerstone of European security in the foreseeable future. Three other important prerequisites for this law are listed in the preamble and section I “Principles”. It has been established that Russia and NATO do not regard each other as adversaries, renounce threats of force or the use of force against each other, as well as against any other state, respect the sovereignty, independence and territorial integrity of all states. All this was considered the basic principles of the goodwill shown by NATO and Russia.

But what is today? The analyst believes that none of the listed conditions are not observed today. Russia officially suspended the CFE Treaty on 29 on November 2007, when Russian President Vladimir Putin signed Law No. 276-FZ on the relevant issue (“Russia was officially suspended by the CFE Treaty on November 29, 2007 that matter ”). Later on, 276 March 10, the Russian Ministry of Foreign Affairs officially announced that from the next day Russia will fully withdraw from the CFE Treaty. At that moment, the most important security factors on which the Founding Act was based “have ceased to exist”.

Next was the "Russian military operation against Georgia in August 2008 of the year." And after it - "the forced separation of 20% of Georgian territory", which came under "de facto under Russian control." That was the first action by which Russia expressed disregard for the principles of non-use of force against other states and respect for the territorial integrity of all states, Sutyagin points out.

Then there was the “Russian intervention” in the Crimea, followed by the “annexation” of the peninsula. There were also not only “irregular military actions”, but also “direct military intervention of the Russian troops in the east of Ukraine”. Here, the analyst saw “a lot of evidence of the same Russian ignoring of the principles underlying the Founding Act”.

The analyst believes that "the threat of the use of nuclear weapons against Denmark, Romania and Poland by Russian politicians and diplomats has become commonplace in Russian discourse."

Finally, the idea that NATO "is the main opponent of Russia has also spread so much on the Russian agenda that it is easier to list those who speak differently than to name all Russian politicians and newsmakers who openly declare NATO an enemy."

Sutyagin is “completely obvious” that the Kremlin “does not value” the Founding Act. So why should the alliance insist on preserving the Russia-NATO Founding Act?

The businessmen from the American military industrial complex, which had long ago turned NATO into an instrument of their profits, through the mouth of the former US ambassador to Russia Mr. McFaul expressed their desire to “curb” Russia. It, indomitable, threatens NATO, and therefore NATO is forced to "repel the threat." An independent expert by the name of Sutyagin accidentally acted as a co-rapporteur on the international issue, explaining that Russia had violated the principles and foundations of friendship with NATO as early as 2007, and then faithlessly attacked Georgia, otchkunt 20% of its territory in one fell swoop, and cut off Crimea from Ukraine. And who knows if tomorrow nuclear bombs will fall on defenseless Denmark, Romania and Poland.

There is, however, a different opinion.

NATO is an unhealthy cluster of visionaries who paint imaginary threats and create images of enemies, and then forcing the "allies" to buy weapons at the very end. American “racketeers” who do business in war are creating a “bloodstained scam” on a global scale.

Come figure it out here, who is right.