General Alexei Ignatiev - an example of the current peacekeepers 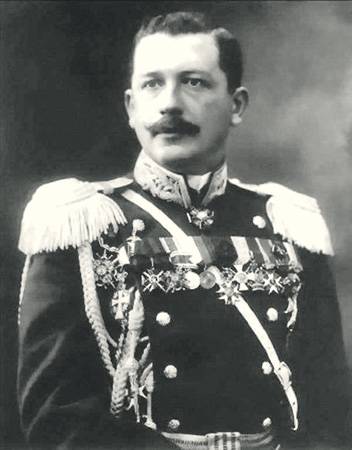 Next year, March 17 to General Alexei Alekseevich Ignatiev will turn 140 years. In the encyclopedia you can read about it: “Count Alexei Alekseevich Ignatiev (2 (14) March 1877 - 20 November 1954) is a Russian and Soviet military leader, diplomat, adviser to the head of the NKID, a writer from the Ignatiev family. The son of General A.P. Ignatieva and Princess SS Meshcherskoy.


And so, while the “tops” still think, veterans are acting. There is a "diplomacy from the bottom." As a result, the Union of Veterans of the Military Institute of Foreign Languages ​​(VIIA), headed by Yevgeny Loginov, outlined not only a number of events for the future, but also performed several practical tasks. Several “Ignatiev sites” in Moscow were identified: the 17 house at Lubyansky Proezd, Ilyinsky Square, the monument and bust of the general at Novodevichy cemetery were put in order, people who knew the general were found, contact was made with the State Tretyakov Gallery on Krymsky Val, where A.A. Ignatieff (1942). They gave a signal to St. Petersburg, there are also “Ignatiev places” there. There are places in France.

Military diplomats and UN military observers did not stand aside.

The fact is that peacemaking is turning into a new type of military activity, one might say a type of military art. And here are the tips of the outstanding military diplomat Lieutenant General A.A. Ignatieff are of paramount importance. Peacekeeping veterans noticed this connection back in 1973 at the dawn of Russian peacekeeping.

KNIGHT OF THE RUSSIAN MILITARY DIPLOMACY

We quote an excerpt from the book A. A. Ignatieff "50 years in the ranks", which in the last century was popular among Soviet UN military observers: "Military diplomats differ from civilians in that for them the military uniform itself is a symbol of some kind of international military solidarity." He survived three wars, and in 1947, he took off his military uniform.

It must be said that military diplomacy and the UN military observer service are two close activities. Military diplomacy and peacemaking have much in common. They are brought together by diplomatic passports, professionalism, military etiquette, diplomatic immunity, military uniform, knowledge of military affairs and several foreign languages, nobility and prestige, as well as a decent representation of our country abroad.

Our military observers served together with officers from France and Denmark. Norway, Sweden, where Ignatiev had to work. The one-volume Ignatiev was the reference book of my colleague. Going to the UN observation post with a foreign observer, my friend looked through the pages of the book where the Scandinavian countries were mentioned. UN military observers have much to learn from General Ignatiev.

The famous writer Valentin Pikul in the book “I Have Honor” 10 mentions the name of Ignatiev once. The expression “I have honor” is mentioned by General Ignatiev in his book. All his life he remained a knight of honor, was one of the brightest representatives of Russian military diplomacy. During the Great Patriotic War, the general rendered invaluable assistance to the Red Army, assisted in the formation of the Military Institute of Foreign Languages. Awarded the medal "For the victory over Germany."

Ignatiev received a broad military education in the Cadet and Page Corps and the Academy of the General Staff of the Russian Army. He received and used the GA award. Leer to enhance education. With this knowledge of military affairs, stories and foreign armies, General Ignatiev passed on to his fellow servicemen and young people. In the military publishing house and in the administration of higher military educational institutions he enjoyed great prestige.

Let's look in the archives: “17 April 1943, Major General A.A. Ignatiev sent a personal letter to the People's Commissar of Defense ... To begin with, in the form of experience, it is proposed to create, as a model, only one cadet corps in Moscow, which should be part of the UVUZ and the People's Commissariat of Defense. Soon Suvorov military schools were established.

The advice of the general on the design of written documents, diplomatic etiquette and regional geography is very relevant today for military peacekeepers.

Speaking about the study of foreign languages, Alexey Ignatiev wrote: “The pages turned out to be head and shoulders above all the junkers in the knowledge of foreign languages. A course in the history of French and German literature was taught in special classes, and many pages wrote essays with the same ease as in Russian. ”

There were very high demands for language training and for senior officers. So, for admission to the General Staff Academy, it was required to pass exams in two foreign languages ​​- to write essays on given topics or to translate complex technical texts with a dictionary.

Without knowledge of the native language, it is difficult to learn a foreign language. Now, when a total dictation is being carried out, let us recall Cornet Ignatiev: “According to the order established for a long time, the Russian language exam was the first. It was required to get at least nine points on the 12-point system; score was made up of points obtained for dictation and essay. The exams in the Russian language were especially feared, because they knew ahead of time that he would entail the screening of at least 20% of candidates.

In the dim old audience we were crammed with 400 people, and I was squeezed somewhere in the back rows between two completely unknown to me army infantry officers. Everything, as was the case in exams, was in official form, that is, in uniforms, with uniform and orders.

When everyone was given a paper, the professor of Russian literature Tsvetkovsky began to clearly dictate an excerpt from the "Pugachev rebellion." Two, three times, he repeated each phrase. Tension grew constantly, and it seemed that some dirty trick was concealed in the most ordinary word. ”

The influence of the book “50 years in service” on the formation of the UN military observer institute in our country is immense. Several of our first-call peacekeepers took this book with them. And although our officers worked and participated in hostilities in other countries until 1973, they did not have to serve in an international peacekeeping military organization. There were no practices of communicating with two dozen officers from different countries around the clock at observation posts. Desire and necessity have done their job. The book “50 years in the ranks” can be considered as an art form instruction on diplomatic work.

Foreign topographic maps are indispensable to the UN military observers. Currently, the UN Geospace Information Section is involved in the deployment maps of peacekeeping missions.

Peacekeepers recall: “It so happens that with UN military observers (military experts of peacekeeping missions) peacekeeping day with a topographic map begins and the map ends.”

The famous writer Viktor Nekrasov, who read the sensational book “50 years in the ranks” in a volley, recalled that in the general’s office “there was an enormous, full-length, map of Europe. Alexey Alekseevich not without pride drew my attention to her.

“I can boast,” he said, “I think that neither the Academy of Sciences nor the Lenin Library has such a detailed map.” Judging by the fact that it was specifically requested to the Kremlin when the demarcation line was drawn between Germany and the USSR. ”

Working with maps in France, a military diplomat recalled: “Oh, this map! Never shall I forget her. “Look,” she seemed to say to me, “how badly you work ...”

Our military observers and police officers have to work in 10 peacekeeping missions with officers from dozens of countries from all continents. Pay attention to several missions.

There are officers from 34 countries in the United Nations Mission for the Referendum in Western Sahara (MINURSO). In the oldest mission, the UN Truce Supervision Organization in Palestine (UNTSO), 26 countries are represented. In the UN Stabilization Mission in the Democratic Republic of the Congo (MONUSCO), officers from 54 countries serve.

Flags, signs, emblems, epaulets - always before your eyes. Around the expanse - the geography of the world. Peacekeepers can use geographical dictation!

GENERAL OF IGNATIVES AND LITERATURE AND CULTURAL ENVIRONMENT

Referring to the "Short Literary Encyclopedia." The article about A.A. Ignatiev wrote V.G. Fink (1888 – 1973). In 1914, he volunteered for the French army and was enrolled in the Foreign Legion. After the war he returned to Russia. The author writes:

“The book of memoirs by I.“ 50 years in the ranks ”(part 1 – 2, 1939 – 1940) paints the life of the highest Russian. Society and the court, Rus.-Japanese. war and the reasons for the defeat of Rus. army, the life of Russia, Scandinavia and France in the period preceding 1-th world war and after it. Memoirs of I., covering a large historical. period, written accurately and expressively, they represent not only informative, but also artist. interest".

General Ignatiev was familiar with many artists.

Fate brought him to the artist Nikolai Glushchenko (1900 – 1976) in France, where he designed the Soviet pavilion of the Lyon Fair in 20-s. In 1936, the artist returned to Moscow, and in 1944, he moved to Kiev. He collaborated with Soviet intelligence, was one of those who, in advance of January 1940 of the year, informed the Soviet government about the impending attack by fascist Germany. Works N.P. Glushchenko are in the collection of the State Tretyakov Gallery, in many foreign museums and private collections.

At the beginning of this century, "hit the fountain of books" from the series "ZHZL" on the theme of "gallery beaten", escaped "with rati": Wrangel, Denikin, Kornilov, Kutepov, Kolchak. Some authors cite A.A. Ignatieff. Ignatieff is particularly abundantly quoted by the author of a book about Wrangel.

Scrolling through the "White Guard series of books," you can see that they bear the "imprint of political conjuncture." No time to count saber blows. Unlike the White Guard generals, cavalryman Ignatiev did not raise his sword against his countrymen.

The literary activity of Alexei Ignatiev is extensive. The “storage units” in the Russian State Archive of Literature and Art (RGALI) and other archives provide an opportunity for writers to prepare a book about it from the series “The Life of Remarkable People” (ZHZL).

Ignatieff’s good friend was the well-known diplomat Vladimir Petrovich Potemkin. It is symbolic that our first peacemaker, who appeared at the UN observation post on the east bank of the Suez Canal in 1973, was Major Nikolai Potyomkin, albeit a namesake.

Let's give the floor to specialists. Analysis of the military diplomatic work of General A.A. Ignatieff was given by Professor Vladimir Ivanovich Vinokurov in the first volume of The History of Military Diplomacy: “All the activities and lives of A.A. Ignatiev, a broad-based military diplomat, a diversified erudite officer, is an example of selfless devotion to the Motherland, an example of the ability to consistently defend the interests of the state and the Russian people in the difficult conditions of the beginning of the 20th century. ”

We can proudly say: manga pars fui - "it was a considerable part."