2 2016 June
148
In Tula TsKIB sports and hunting weapons developed new large-caliber sniper rifles, one of which can be considered "the reincarnation of the anti-tank gun of the Great Patriotic War," writes Rossiyskaya Gazeta. 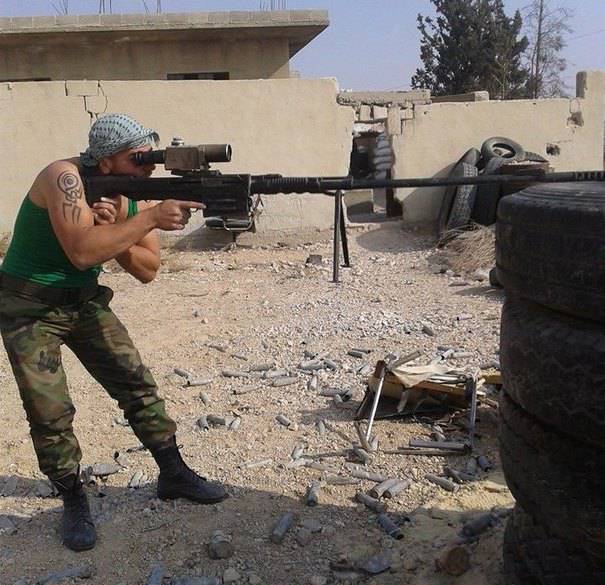 According to the newspaper, the new rifle "will have a caliber of 14,5 mm (the same as that of the anti-tank guns), and the sleeve is supposed to be used at all from a small-caliber gun."

At the same time, according to the developers, “the return of the 14,5-mm rifle will be even less tangible than that of the XMUM“ Cracker ”, a constructive solution already exists.”

It is noted that the new rifle is capable of hitting targets at a distance of over 3,5 km. And “at a distance of hundreds of meters it is capable of breaking through the wall of a building, all types of light armored vehicles and even inflicting serious damage tankdisabling its optics and other important systems brought to the tower, ”the newspaper writes.

"According to many military experts, sniper fire from large-caliber rifles on tanks and armored personnel carriers in the near future can be a very effective way of dealing with these well-protected and well-armed vehicles," the RG concludes.

Ctrl Enter
Noticed oshЫbku Highlight text and press. Ctrl + Enter
We are
The Washington Post: Why haven't marines been able to get a new sniper rifle in the last 14 years?Russia demonstrated the most promising weapons at INDO Defense-2014
Military Reviewin Yandex News
Military Reviewin Google News
148 comments
Information
Dear reader, to leave comments on the publication, you must sign in.