1 2016 June
27
Russian Su-34 destroyed in the area of ​​the Syrian Al-Taur "the objects of the illegal oil industry of terrorists," said the Russian Conciliation Center on the website Ministry of Defense of the Russian Federation. 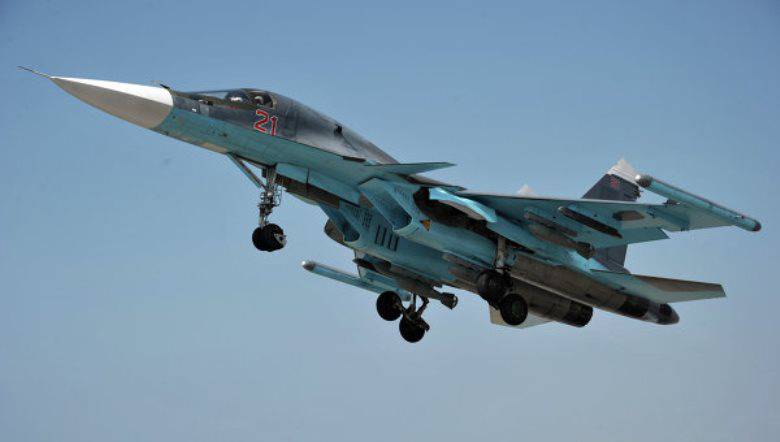 "Russian aviation in the Syrian Arab Republic continues to fulfill tasks to undermine the economic base of ISIS terrorists. So, in the area of ​​the village of Et-Taura, located 42 kilometers southwest of the city of Raqqah, Su-34 bombers destroyed the objects of the illegal oil production of terrorists, "
the report said.

The Russian military also noted the incessant attempts by the Jabhat al-Nusra group to disrupt the peace agreement.

“The attacks of the Jabhat al-Nusra militants on the positions of the Syrian armed forces units near the village of Muhaym-Khandrat of Aleppo province do not stop. All attacks are repulsed by government forces and militia groups, ”the Center said.