How did the Anglo-Saxons play the role of "partners" 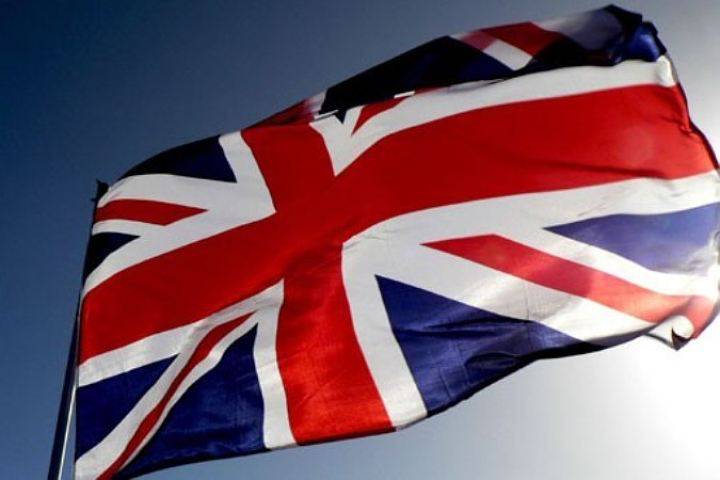 If you look at the twentieth century alone, it remains to be amazed how many times England managed to betray her allies.

Many naive people still think that good old Britain is a queen-dandelion, cozy London pubs and Big Ben. The old woman of England, with the effort of a whole army of PR people, has developed an image of such a sweet and pretty country with a face of the Yorkshire terrier, although in fact this is by no means the case, and a more unprincipled, cruel and cruel country in the world. stories was not yet. The only one who can compare with the British is the Americans, who have perfectly learned the invaluable experience of their ancestors, people from Foggy Albion. And this experience is truly immense. Especially in how to fool and betray those countries who are not lucky enough to fall into the category of Anglo-Saxon "allies."

In World War I, the British cynically betrayed their ally, Russia. Moreover, they managed to do this almost on the very first day of the war, when the English cruiser squadron "missed" the German Geben battle cruiser in the Mediterranean. Instead of sending him to the bottom, the British let him go to Constantinople, after which Turkey entered the war on the German side.

Until 1917, until the pendulum of war swung toward the Entente countries, the British assured the unsuspecting Tsar Nicholas II that Russia would receive the Black Sea straits as a result of the war. But they did not intend to fulfill their promises, and Anglo-French troops eventually ended up in Constantinople, and the last Russian tsar paid for his gullibility with his life and the lives of his family members.

Only by treachery can one explain the refusal of the English king George the Fifth to host the ex-tsar and cousin Nicholas, leaving him alone to solve his problems. All this ended with the firing basement of the Ipatiev house, and George the Fifth subsequently poured crocodile tears over his martyr brother.

And the fiery revolutionary Comrade Trotsky went to set fire to Russia from the USA in 1917, having an impeccable set of British documents. The British knew, for what purpose does Trotsky go to Russia? Definitely. And they even tried to detain him or depict his detention, but then they let him go and wished him a happy journey. Interestingly, how would they react if, if a group of Irish underground fighters had left them from Russia?

Very unbridled and cynically the British betrayed their allies in 1938 and 1939. Liberal historians do not like to recall the Treaty of Munich, preferring to talk about the Molotov-Ribbentrop pact in a voice quivering with indignation, but in Munich, England presented Czechoslovakia to Hitler on a silver platter. Selling it with giblets. And without even asking the Czechs themselves what they think about all this. The Czechoslovak delegation, while the "allies" wrote to their country in Germany, was generally kept in the waiting room, like some dumb cattle.

In 1939, England also cynically betrayed Poland. Having announced a war for Hitler to the visitor, the British were not seriously going to fight, preferring to bomb Germany with leaflets and send condoms and footballs to the active army. After all, a soldier in a war what should he do? That's right - to rush for the beauties and play football. And let the Poles fighting, they were attacked. The Poles did not wait for the help from the “allies”, which, however, did not prevent them from relying again on the British “partners” who ... correctly betrayed them again. Agreeing that after the war Poland will enter the zone of Soviet interests.

By the way, many documents signed with the USSR at the Yalta Conference in February 1945 of the year, the British podmahnuli solely for visibility. At the time, they had already betrayed their ally — the USSR — more than once. First three years they were fed with promises to open the Second Front, and then, when Germany was defeated, Churchill immediately began to sabotage in every possible way the agreements he had signed. And soon he delivered a famous speech at Fulton, where his yesterday’s ally, Stalin, eloquently made it clear that the friendship was over. And it was still a relatively soft version of the British betrayal.

The Anglo-Americans did not interfere with concluding a separate peace with the Germans and convert weapon against the Red Army. The cases of how the Germans probed the ground for the conclusion of a separate peace are well known, and the Anglo-Saxons under certain conditions were not averse to concluding it. Molotov did not just wrap his “partners” with telegrams with a request to clarify what they were whispering about in Switzerland with the Germans? And as a fact of such backstage negotiations to regard the Soviet side?

Finally, the British also podgadili their allies, the French. They didn’t like general de Gaulle’s too independent, so they organized a kind of Orange Revolution in Syria and Lebanon to the French “friends” in 1945. And all this happened at a time when there was still a war with Hitler in Europe. Overexcited by British advisers and even more - by pounds of sterling - the Arab "freedom fighters" staged the French so merry farewell that they didn’t dare to go to Syria for a long time.

After World War II, Great Britain began to lose its position, but it was replaced by an even more cynical and cruel changer - the United States. Americans betrayed their "partners" wholesale and retail and, perhaps, the most characteristic example is Gorbachev. As is known, the “great reformer” and the Nobel laureate loved so much when Western “partners”, starting from Thatcher and ending with Bush, clap their shoulders in a friendly way that he managed to believe everything he had promised. And they promised him an eternal friendship that NATO would not move to the east and that arms reduction agreements would be strictly observed. And if the fraternal Soviet people need help, then the newly-minted Anglo-Saxon "allies" will provide it in any amount.

All this ended it is known what. The country was dismembered, the army and navy relegated to a pitiful state, science and industry were thrown back in their development decades ago. Along the way, the “friends” received a lot of credits, with the almost complete disappearance of the country's gold reserves in an unknown direction.

In addition, the "partners" actually moved the borders of NATO to Pskov and Rostov, and along the entire western border, with the exception of Belarus, which has not yet been "formatted" by the Anglo-Saxons, are extremely hostile to Russia. Which, like the chain dogs, constantly set on our country. That Latvia once again yelps from its gate, then Poland at the level of government members will accuse Russia of aggressive intentions, and now Ukraine has also been added to this chorus of Russophobes. And for all this it is necessary to thank the unforgettable Mikhail Sergeyevich, who now makes surprised eyes and throws up his hands, unable to explain how it all turned out? After all, they promised to marry, but themselves ...

By the way, as for Ukraine, it can also be considered a victim of Anglo-Saxon treachery. Ukraine itself does not yet understand this or simply does not want to see it, but, like Czechoslovakia in 1938, the Anglo-Saxon “friends” did not even ask what she thought of her own destiny. The country was made a pawn in a geopolitical game, without offering anything in return. Only some vague promises of a mythical beautiful European life.

But the Anglo-Saxons have always been famous for their inimitable ability, how to give out empty promises, so also to find those who will faithfully believe in them. The Polish government in exile, before 1945, firmly believed its English "allies" until Churchill surrendered Poland at the Yalta Conference. Or rather, tritely exchanged it for Greece, under a bottle of Armenian brandy.

Under what bottle “passed” Ukraine, historians have yet to find out, but it is possible that this will be a bottle of Russian vodka. Russia is too big and serious country for the Anglo-Saxons to abandon relations with it for the sake of some geopolitical dwarfs. Therefore, it is possible that very soon Ukraine will be amazed to see how, in violation of all its obligations, the worshipful and adorable Anglo-Saxons will again declare Russia to be their "friend and partner." As they say, nothing personal, business is business.

And then we have to keep our ears open. Moreover, that tons of Western noodles dangling on Gorbachev's trusting ears, no one in Russia has yet managed to forget.