The second edition of the plan "Condor". Blow to venezuela 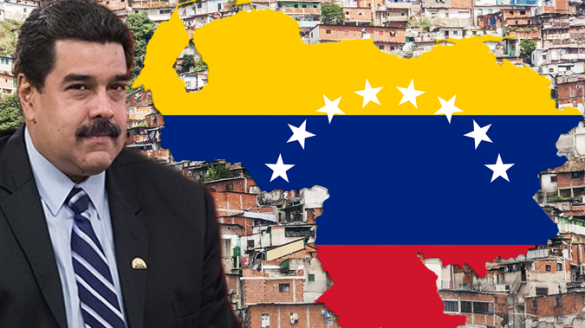 Venezuelan President Nicolas Maduro in his speeches constantly returns to the theme of the new plan "Condor", which the US is trying to implement in Latin America and the Caribbean. For the first time, the code term "Condor" was used to encrypt mass repressions organized by the military in the countries of South America in the 1970-1980 years. At that time, American puppets in Chile, Brazil, Argentina, Bolivia, Uruguay and Paraguay were especially zealous. Now much is known about the active support of those repressions by the special services and the US Department of State. The action was coordinated by then US Secretary of State Henry Kissinger, and the accusatory documentation for him is still kept at the International Criminal Tribunal. In the course of Operation Condor, at least 70 thousands of people — politicians, trade union and public figures, journalists, diplomats, scholars ...

The main target of subversive operations under the new plan "Condor" is Venezuela. The Obama administration is doing everything to plunge the country into chaos and violence, criminal terror, famine and looting, creating motives for direct military intervention. A few days ago, a three-hour meeting was held at the State Department, which was attended by OAG Secretary General Uruguayan Luis Almagro, who is in a pro-American position, and General John Kelly, head of the US Southern Command. Venezuelan President Nicolas Maduro called this meeting “conspiratorial,” stressing that he was aware of what the participants were saying: “They are obsessed with Venezuela. And you know why? Because they could not curb the Bolivarian revolution. ”

Maduro said that Venezuela is undergoing "media, political, diplomatic aggression and the most serious threats over the past ten years." A scenario is being implemented that would justify foreign intervention. The threat to the independence and sovereignty of Venezuela from the United States has acquired a real shape. The decree of President Obama, in which Venezuela is called a country that represents a danger to the national security of the United States, has become an alarm signal for the Bolivarian leadership. In a similar vein, responded to the decree of the Ministry of Foreign Affairs of Russia: "In fact, this is a direct encouragement of violent actions and external interference in Venezuelan cases." The call by the former Colombian president, Alvaro Uribe, to bring foreign troops into Venezuela is viewed by the Bolivarian leadership as an “episode of the information war“ approved by Washington ”on the eve of the war itself. The US Southern Command is planning further developments around Venezuela in this particular scenario.

Venezuela’s air defense system recorded an increase in Pentagon’s intelligence activities. President Maduro at a press conference on 17 in May reported on two violations of the state border by the plane Boing 707E3 Sentry, which is used by the US Air Force to maintain stable communication with armed units in the conflict zone or disable electronic equipment of the government and the army. A Pentagon spokesman refuted: "Our closest aircraft to Venezuela was about 100 miles from Venezuelan territory." According to him, “American pilots respect internationally recognized state borders.”

The brazen lies of the Pentagon about “respecting borders” in Venezuela do not believe, they remember the attacks on Yugoslavia, Libya, Iraq. Not forgetting the special operations of the CIA. At least about an attempt to transfer to Venezuela in 2004 a detachment of paramilitares from Colombian territory to attack the presidential palace and assassinate President Hugo Chávez.

In view of all these circumstances, Venezuela is strengthening its defense capabilities. After the incident with the US reconnaissance aircraft, large-scale Independencia II exercises began in the country, in which not only military personnel but also civilian self-defense units were involved. Deputy Carmen Meléndez, who was the Minister of Defense during the presidency of Chávez, says bluntly: “We must be ready for any development of events. The exercises were held in seven regions, 24 territorial zones, 99 points of integral protection. They received a total of 520 thousands of troops and members of the Bolivarian militia. Defense Minister Vladimir Padrino was categorical in assessing the result of the exercises: "There is no other choice how to turn Venezuela into an impregnable fortress country, and this can be achieved through a civil-military alliance."

Taking into account the difficult circumstances prevailing in the country - the aggravation of the economic crisis and the growing protest of a part of the population under the influence of the opposition, President Maduro signed a decree granting emergency powers to the government. The document, designed for 60 days, expands opportunities to enhance security measures. Troops may be involved in strengthening public order. Enterprises, companies, firms and NGOs that have connections abroad are subject to enhanced control, their accounts will be frozen in the event of detection of facts of hostile activity, and confiscation of property is also provided for. In the interests of the most vulnerable people, food will be distributed and energy will be provided.

The Venezuelan Foreign Ministry is taking steps to limit the number of US diplomatic staff in the country. Venezuelans consider the optimal stay in the country for no more than 17-18 of American diplomats. And this does not suit the US embassy. Of course, the Americans, of course, will not tell, but the fact is that the interests of US intelligence agencies require the presence of approximately 180-200 diplomatic "roofs" in the embassy. The State Department does not want to negotiate in an amicable way, so Venezuelans are slowing diplomats with visas. As a result, the US Embassy’s notice on the termination of tourist and business visas issued in a dramatic manner: “Our staff, working to the highest standards and serving hundreds of thousands of Venezuelans annually, cannot cope with the workload.”

An important place in the preparation of the second edition of the repressive "Condor plan" for Venezuela, the US intelligence services assign intransigent internal opposition, which, as Chavez always said, "serves the US government." After the parliamentary elections in Venezuela, 6 in December, 2015, there were more opportunities for destabilization of the country by the American special services and the opposition groups accountable to them.

The opposition, which promised the people that after the elections, the queues and the shortage of goods would disappear, was able to get a majority in the National Assembly for the first time in 17 years. However, this gave nothing to the country, and the parliamentary tribune now serves the opposition to further incite civil conflict.

President Maduro has announced his readiness to declare a special position if the subversive work of the opposition continues. Thus, the last march of the opposition Block of Democratic Unity (MUD) in Caracas ended with melee fights between the opposition and the police. Law enforcement officers were injured, including women who were mercilessly beaten with metal rods. Some of the attackers were detained in hot pursuit. It turned out that the “action” was organized by Koromoto Rodriguez, chief of security of the chairman of parliament Ramos Allup. In 1970-ies, Rodriguez was a member of the Disip political police, was involved in torture of prisoners, then served in the protection of President Carlos Andres Perez and in parallel worked with the CIA. The militant arrests allowed the SEBIN (Bolivarian Intelligence Service) to clarify Rodriguez’s role in fomenting riots in Caracas.

Now the Venezuelan opposition are preparing to hold a referendum on the early termination of the powers of President Maduro. In early May, they handed over about 1,85 million signatures (instead of thousands required by law 200) to the National Electoral Council in support of the application for a revocable referendum. Nevertheless, Vice-President Aristobulo Istouris said that during the collection of signatures, the opposition made many violations and until all signatures are verified, the referendum will not take place.

MUD leaders are trying to use the current situation in order to provoke “spontaneous protests” with road closures, arson, sabotage of power lines, water supply, and food supplies. In place of the current sluggish terror of the radicals, terror is approaching a much larger scale. SEBIN agents and police are increasingly finding firearms in Caracas and other cities weapons, grenades, explosives made in USA.

The thirst for exponential massacre of Bolivarians has long ripened in the United States. It began during the life of Hugo Chávez, who, having come to power in 1999, began to pursue an independent policy. His initiatives to modernize Latin America in the interests of Latin Americans received support in Cuba and were picked up by a new generation of Latin American leaders. US dictates in the Western Hemisphere began to weaken, there was uncertainty about Washington’s actions (what are we going to do with Latin America?). Chavez and his associates fought for the formation of regional integration blocs, advanced to the creation of a South American defense union, use the regional currency unit of Sucre, and developed other projects without US participation.

Now the successor of Chavez, President Maduro, is undergoing a fierce attack. The pro-American media blamed him for the failure of the “Bolivarian model of the economy”, cited fraudulent figures of “low popularity” Maduro, dragged the idea of ​​removing the president from power by force in the media. The leaders of the opposition, many of whom participated in previous adventures to destabilize the regime, directly call on the country's armed forces to “intervene” ... Enrique Capriles Radonsky is particularly active, whose ties with the CIA are an open secret.

Defense Minister General Padrino Lopez explained the position of the army: "The President is the highest authority in the state, and we confirm to him our loyalty and our unconditional support." Attempts by the opposition to provoke a rebellious mood among the military have so far been unsuccessful. The patriotic ideals of Hugo Chávez in the military environment persist, and there is hope that the “Operation Condor” in Venezuela is impossible: the Venezuelan military will remain loyal to the Bolivarian Constitution and to the President.