Every fighter - do not miss 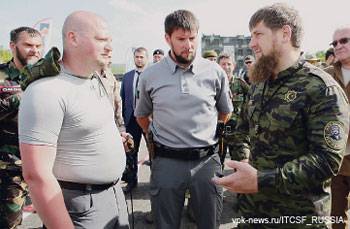 The tournament held in Tsentaroy and Gudermes became a full-fledged test of the skills required for special operations. “This is not just a competition. Each exercise imitates a real situation that special forces officers may encounter in their service and combat activities, ”explained Daniil Martynov, assistant to the head of the Chechen Republic in the security unit, to the Military-Industrial Courier.

The open tactical shooting championship of the Chechen Republic, dedicated to the memory of the first president, Akhmat-Khadzhi Kadyrov, became an event for law enforcement agencies of the entire North Caucasus Federal District. Suffice to say that the fighters of the SOBR, the OMON, the special forces of the FSB and the FSIN, the operational divisions of the Rosguard, even the officers of the patrol and inspection service and private security took part in the competition. Total - 15 teams from Chechnya, Kabardino-Balkaria and Karachay-Cherkessia.

Iron Man and the Dark Room

The championship was held in two stages. The first one was at the training ground in the village of Tsentaroy, where participants were required to show a class in storming the premises and hitting targets due to various shelters, as well as to run a team relay with live firing. All exercises included serious physical exertion. For example, in “Iron Man”, before proceeding to the shooting, team members had to alternately transfer various loads, roll the wheel and overcome the wall. And in the "diver-climber" - swim a few tens of meters in equipment, run a cross, climb the building and only then begin to hit targets. 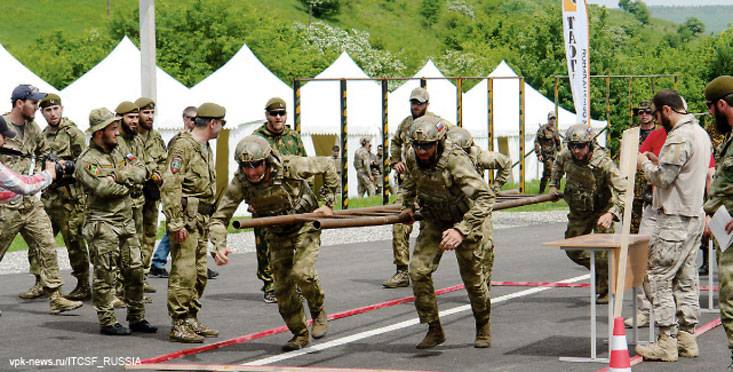 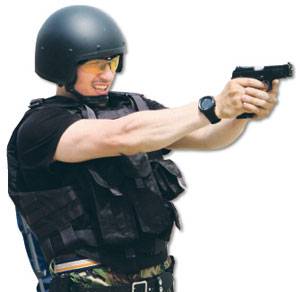 “All exercises are complex, close to real special operations. It is necessary not only to run and shoot, but also to think well. Participants had to show morale, endurance and concentration, not to be nervous, to complete the task calmly. I personally liked the exercise "Zenith" most of all, - shared the impressions with the "Military-Industrial Courier" head of the Chechen Republic Ramzan Kadyrov.

This exercise was planned jointly with the well-known Russian manufacturer of weapons tuning firm Zenit. Participants were required to climb the assault ladder into the building and, getting equipped with tactical lights PP "Vityaz" and Yarygin pistols, clean up several floors, "kill" all the "terrorists", but not hurt the "hostages". Complicating the task is that there was virtually no light in the building. Fighters had to rely only on the proposed tactical lights and team experience in the premises. And at the most inappropriate moment for all participants, the judges included strobe lights and loud music. 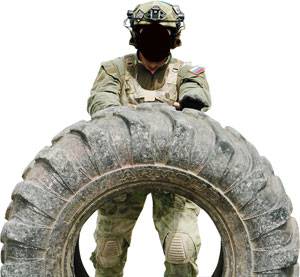 “Before doing this exercise, you need to think. The solution of the task requires a more competent, I would even say, a neat approach. I myself conducted special operations and I know what it is - to go into a house, an apartment or a room where a terrorist is located, and destroy it. And when there is a hostage in the room, you have to be very prudent and shoot accurately. After all, the price of pressing the trigger is human life, ”Ramzan Kadyrov assessed the situation in a conversation with the Military Industrial Courier.

Difficult for the participants was the battleship with live shooting. Fighters, fully equipped, in body armor and protective helmets, had to overcome several kilometers over rough terrain, hit the target with one shot and only after that pass the baton to the next team member. Every slip was penalized by a penalty circle.

“We only give one patron to perform the exercise. This was done on purpose - a fighter should appreciate every shot and not use up ammunition in vain, ”said Daniel Martynov to Military Industrial Courier.

Goal behind the windshield 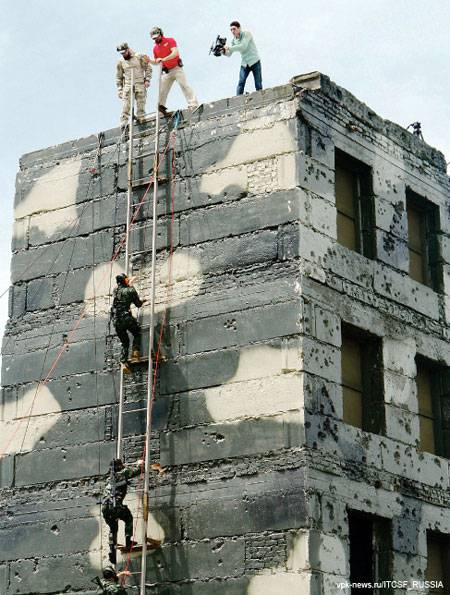 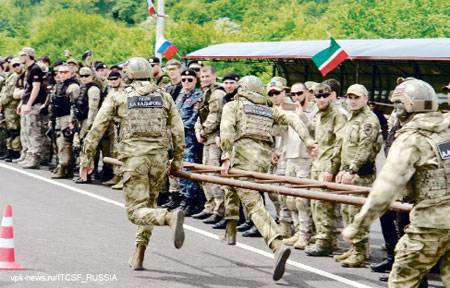 On the second day of the competition, they moved to the base of the special operations training center under construction in Gudermes. Excellent training galleries gave the organizers the opportunity to make life as difficult for the participants as possible. In each exercise, the fighters were not just waiting for a target, but an unpredictable tactical situation with several “terrorists” hiding in shelters and hiding behind “hostages”.

All exercises were applied in nature. The special forces fighters had to destroy the conditional opponent on the market, having previously identified him among ordinary customers, as well as when attacking a car when a “terrorist” firing from a crowd of civilians.

In recognition of many of the participants, the “Automobile” became the most difficult test, when in the close cabin of the car, and even being dressed in a bullet-proof vest, you need to get weapon and hit targets through the windshield.

Again, not without serious physical tests. So, in one of the exercises, the team had to overcome the speed of the obstacle course in a gas mask, and then, without removing the rubber masks, enter the room and destroy the "terrorists" in several rooms.

“The teams from the Chechen Republic showed themselves to be excellent. One can see the striking progress that they have made over the year. I also can’t help but note the performance of the FSB team, ”concluded Daniel Martynov.

According to the results of the competitions, the first and second places were taken by the SOBR Terek teams, and the third was divided between the Special Police Force Kaskad and the private security management regiment (Neftepolk) from the Chechen Republic.

As Ramzan Kadyrov noted, answering the questions of the “Military-Industrial Courier”, in the future it is planned to hold not only domestic but also international tournaments at the training center in Gudermes: “We will invite foreign teams. We will arrange such competitions that can become one of the best in the world. ”

Ctrl Enter
Noticed oshЫbku Highlight text and press. Ctrl + Enter
We are
Commentary on A. Petrov's interview “Fire and Tactics in the Russian Army: Another Look”Nikolai Starikov "On the memorial plaque to Mannerheim and the bridge named after Akhmat Kadyrov."
Military Reviewin Yandex News
Military Reviewin Google News
64 comments
Information
Dear reader, to leave comments on the publication, you must sign in.