Duda: Kaliningrad - “the most militarized part of Europe”

24 May 2016
128
Russia "is seriously increasing military power," after the events in Georgia and Ukraine, "Europe has ceased to be safe," New Kaliningrad statement of the Polish President Andrzej Duda. 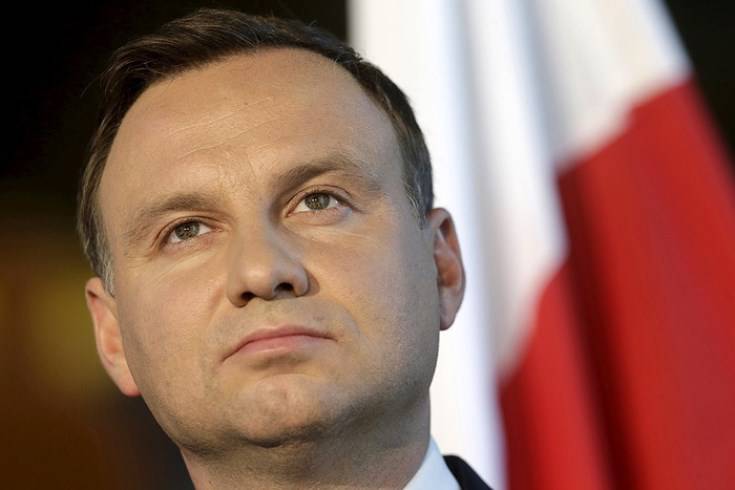 “Recent events in Georgia and Ukraine have caused the situation in our part of the world and Europe to cease to be safe,” said Duda, speaking at the Norwegian Nobel Institute.

“To this should be added all the aggressive actions on the part of Russia, I mean a serious build-up of military power. Today, the Kaliningrad region is the most militarized part of Europe, ”he said.

In his opinion, such factors as “aggressive maneuvers near the borders of NATO countries, exercises on the use of nuclear weapons, as well as incidents over the Baltic Sea.

“As president of a country that is in close proximity to the Russian Federation, I would like our relations with this huge country with great potential, including in the economic sphere, to be as good as possible,” said Duda.

“However, given our historical experience, we cannot calmly pass by an obvious violation of international law, ”he said.

“Dialogue with Russia is needed, and we should conduct it, but only from the position of NATO power, since only then it will have a partnership character, and we will be seriously considered by Russia,” concluded the Polish leader.

Ctrl Enter
Noticed oshЫbku Highlight text and press. Ctrl + Enter
We are
Results of the week. “Look, the whole face is black! Have you ever read Moidodyr? ”
Military Reviewin Yandex News
Military Reviewin Google News
128 comments
Information
Dear reader, to leave comments on the publication, you must sign in.