Day of the Pacific Fleet of Russia

21 May 2016
32
Today, Pacific sailors and veterans fleet celebrate their holiday. Pacific Fleet Day officially appeared on the calendar of military holidays of modern Russia on the basis of the order of the Commander-in-Chief of the Russian Navy on April 15, 1999. The date of the celebration of the Pacific Fleet Day of Russia (May 21) was chosen due to the fact that on this day in 1731 by the Decree of the Tsar’s Senate the Sea of ​​Okhotsk was established as an object of Russia's permanent naval presence in the Far East. In addition, the Okhotsk Flotilla was established by Senate Decree.

Oh glorious stories Pacific Fleet can be found by visiting the Museum of the Pacific Fleet, located in Vladivostok. The museum was opened on the 5 anniversary of the Victory in World War II - 9 May 1950. 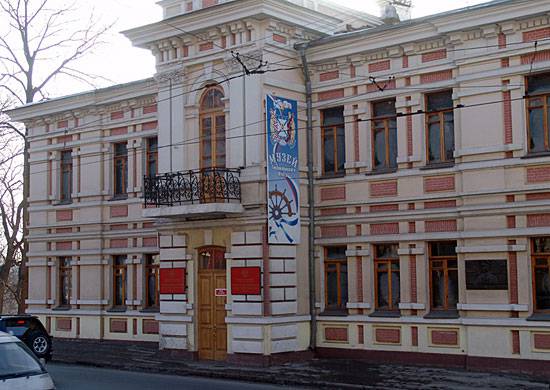 An interesting point is that the exposition of the museum was presented in the building of the former Lutheran church (church). A considerable number of exhibits that can be seen in the Museum of the Pacific Fleet, at one time was taken out of the museum halls of Port Arthur. A special place in the museum is occupied by the exposition devoted to the Russian-Japanese war of the beginning of the XX century and the war of the USSR with Japan of the year 1945.

After 8 years after its creation, the museum was replenished with another component - the ship "Red Pennant", and after 17 years, the Guards Red Banner Submarine C-56 joined the museum. From 1982, these warships are included in the memorial complex "Military glory of the Pacific Fleet". 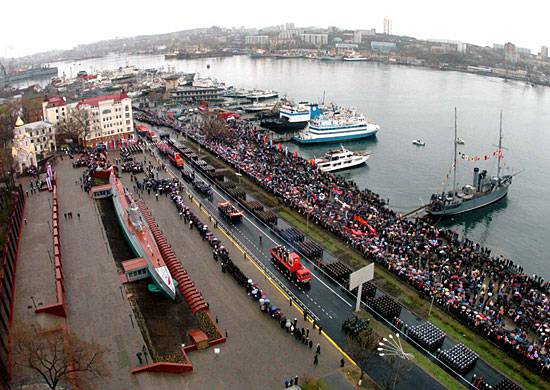 In 1997, the museum received a new branch - Voroshilovskaya battery, whose construction began 85 years ago (1931 year). This is a coastal tower battery of 305 mm caliber, named at the time by the name of Kliment Voroshilov and located on Russky Island. Voroshilov battery - a truly unique fortification. During its construction, rock and underground work was carried out for several years, which was necessary to connect the towers to each other through a special underground gallery about 250 m in length. In addition to the underground gallery, the Voroshilov battery has 3 floors of various infrastructural facilities and communications, including warehouses, residential military facilities and technical rooms. It is worth noting the fact that the Voroshilov battery as a full-fledged military facility was part of the 66 fleet for years - before the mentioned 1997 year, when it was decided to become a branch of the Museum of the Pacific Fleet. 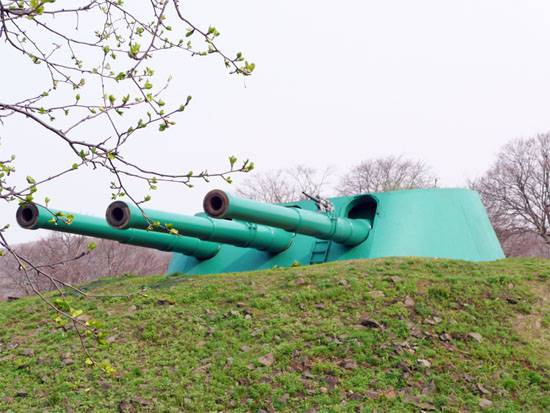 Today - the Pacific Fleet is an operational-strategic alliance of the Russian Navy, ensuring Russia's security in the Asia-Pacific sector. The feature of the Pacific Fleet is that its component parts are located at once in several climatic zones from north to south: from the southern tip of Primorsky Krai to the coast of Kamchatka.

The Pacific Fleet incorporates the most diverse classes of ships and naval aviation. As part of the Pacific Fleet, today strategic combat missiles, multipurpose diesel and nuclear submarines, surface ships of various sea zones carry combat service. The fleet also has its own ground forces, anti-submarine and fighter aircraft, other forces and means of opposing any conditional (potential) enemy.

Officially, the tasks defined by the command of the Navy in front of the Pacific sailors are as follows:

maintaining naval strategic nuclear forces in constant readiness in the interests of nuclear deterrence;
protection of the economic zone and areas of production activities of the Russian Federation, suppression of illegal production activities;
Ensuring the safety of navigation in various seas within the responsibility of the Pacific Fleet;
implementation of government foreign policy actions in economically important areas of the World Ocean (visits, business visits, joint exercises, actions as part of peacekeeping forces, etc.).

Recently, the Pacific Fleet ships are actively involved in anti-terrorism and anti-piracy campaigns. One of the places of combat patrols is water in the area of ​​the Strait of Malacca, where sea pirates attack merchant ships following this “brisk” sea course.

The Pacific Fleet demonstrates the navy of Russia, making it clear that the fleet itself is a serious force that can sober up anyone who wishes to test our country for strength. 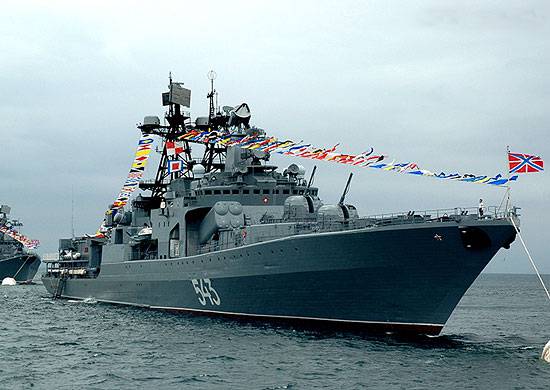 On this day, "Military Review" congratulates all existing sailors, as well as veterans of the Pacific Fleet, on the holiday!