Osprey armed with rockets and bombs 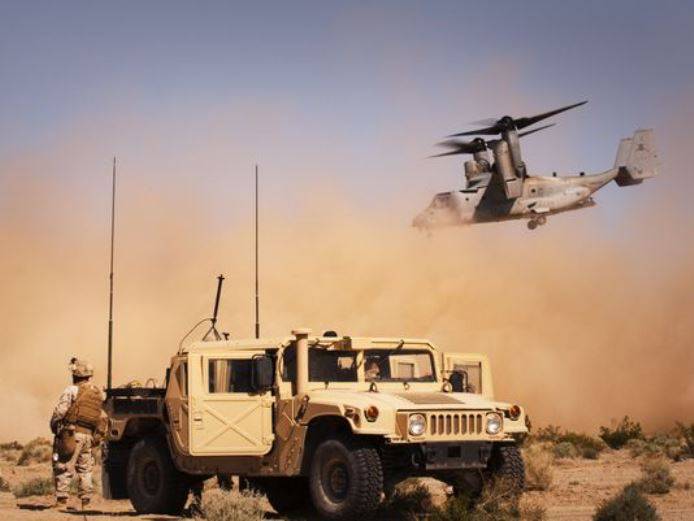 "For this purpose, various types of weapons and sensors, ”writes the resource.

It is reported that "on the" Osprey "can be integrated weapons that are used on helicopters UH-1Y Venom and AH-1 Cobra", that is, guns and rocket launchers.

According to the resource, “currently, AGM-114 Hellfire and AGM-176 Griffin, laser-guided laser-guided ABM GBU-44 / B Viper Strike missiles are considered as standard weapons.

It is also noted that "in the fore part of the machine, a laser target designator has already been mounted and is being tested."

The publication reminds that "The Marine Corps uses convertibles in various regions of the world, in particular," Osprey "used to evacuate American embassies in Iraq, South Sudan and Libya."

“Equipping the Osprey with percussion weapons will require additional crew training, but marines are famous for quickly mastering any innovations,” concludes the resource.

Ctrl Enter
Noticed oshЫbku Highlight text and press. Ctrl + Enter
We are
Attack helicopter armamentRaytheon has received a contract for the production of griffin missiles worth $ 85 million
Military Reviewin Yandex News
Military Reviewin Google News
48 comments
Information
Dear reader, to leave comments on the publication, you must sign in.