18 May 2016
53
First I want to quote one. "From a military point of view, the threat in the east is much more significant, since Russian capabilities, including an extensive nuclear arsenal, potentially raise the issue of existence itself. However, the intentions of the (RF) are unclear. armaments with NATO. " 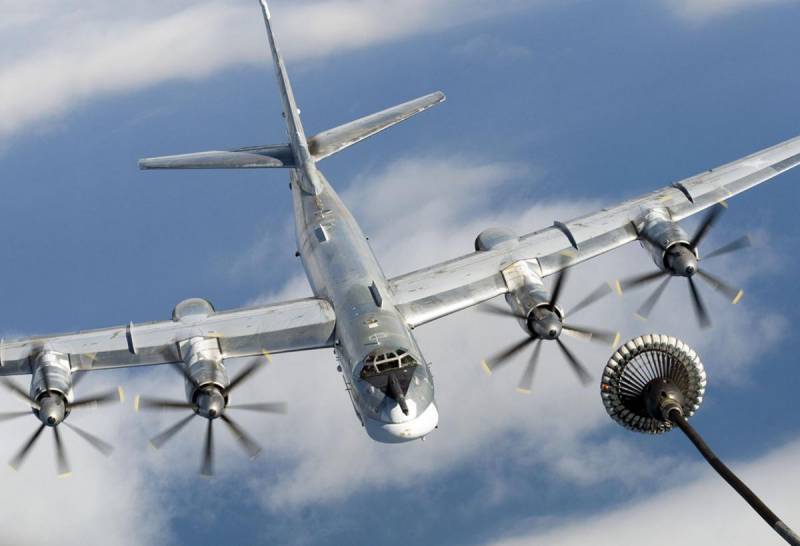 “There are no incursions into NATO territory, but Russian activity takes place in the nearby international air and sea space. There are many such cases, and their number is constantly growing,” he said. “This is consistent with the nature of Russian military activity and relates, in particular, to long-range aviation. We have seen Russian strategic bombers even over the English Channel. These actions serve to demonstrate the power of Russia. "

It seems that the NATO generals have played computer games. Those where monsters, aliens, combat robots come out against super-soldiers ... And where super-soldiers always win. Beautifully conducted command and staff exercises, defeating the enemy on paper. And the perfect separation from reality.

Or maybe this is the purpose of such statements? Maybe Paul should have frightened the western man in the street? Most people believe in what they say from television screens, from the tribunes of parliament, at government meetings. People think that lying at this level is impossible.

It seems to me that the purpose of the statement by the chairman of the NATO military committee is precisely to prepare information for the western man in the street to expand the alliance. To an increase in the military budget of states, members of the bloc. Of course, defense above all. And modern defense, especially in the light of the achievements of the Russian "defense industry", will cost Western society much more than before. Peter Pavel simply sets the stage for "soft pressure" on Europeans.

TASS has published a response to this attack by a NATO general from our Foreign Ministry.

“They drew attention to the fabrications of the main NATO military about the alleged“ threats from the East ”going beyond the framework of ethics for the exclusively“ peace-loving and defensive ”North Atlantic alliance,” the Russian Foreign Ministry noted. “In particular, to the general’s allegations that Russia uses in the fight against the West, hybrid tactics involving “torture and lies” can strike across the alliance in the Baltic States, as well as speculating on the possibility of deploying seven divisions in Poland and the Baltic countries in order to “avoid to defeat this region. "

"If earlier, Mr. Pavel’s statements were only a bunch of hackneyed theses caused by extremely intrusive intra-bloc installations, now the leadership of the NATO Military Committee seems to have completely lost the sense of reality and understanding of the causal-effect relationships of current processes in European security ".

The answer, as you can see, is complete. Almost does not require decoding from a diplomatic to a human language. Roughly speaking, the Russian Foreign Ministry hinted transparently that the roof of General Pavel did not go far in the direction of ... NATO’s eastern neighbor. Fear, of course, has large eyes, but not to the same degree.

Our Ministry of Foreign Affairs did not pass by Pavel’s statement that Europe should not be afraid of "calls from the Middle East." If you think a little bit, then NATO, through the mouth of Pavel, puts the danger from Russian imaginary threats above the danger from ISIS terrorists.

“What does the postulate about the“ unviableness ”of calls from the south against the background of the recent monstrous terrorist attacks in Paris and Brussels and the growing threats from the Islamic State group (a terrorist group banned in the Russian Federation)?”

Maybe it is incorrect to remind the Europeans about the recent attacks. Europe is trying to "forget" these terrible explosions. Forget the dead. Forget about danger. It works the usual "protection" of the human psyche.

Maybe it is incorrect to remind the Europeans about how their games ended in the middle of the last century? How many lives it cost mankind.

It may not be correct to remind Europeans how many lives of peaceful Syrians are on their conscience because of two years of “smearing snot” instead of a serious operation to destroy terrorists.

And in the Russian Foreign Ministry understand this.

"... in the face of the apparent inability of NATO to make a significant contribution to countering the real challenges of our time, such as terrorism, only the unwinding of the anti-Russian campaign allows the alliance to push its member states to increase military spending and at least somehow remain afloat."

The only thing I don’t understand is why the leadership of the alliance is ready to sacrifice the lives of people in pursuit of a budget. Those people who pay all the "general games". After all, it is clear to any thinking person that such statements "past the ears" are not passed. And measures to counter the possible development of events are being developed.

A rational explanation of this statement by General Peter Pavel was formed by me. So you can say only in one case. Only when fully confident in the "honesty" of the likely opponent, in the loyalty of this opponent to his word, in his own security, finally.

Only now, again, we have to remind President Putin’s words about drawing Russia into a new arms race. We will not increase our army quantitatively. We will improve the quality of equipment, weapons, equipment of soldiers. We will make an army that will consist of professionals not only in terms of material payments, but also in possession of equipment and weapons.

We have to become real "fighters". We are Russia as a state. The army as a power of the state. The people as the basis of the state. And in battle there is only one effective battle tactic. Block to defend against attack and hit. Strike that takes the enemy out of battle. To what extent, it does not matter. The main thing is that the enemy is no longer a fighter.

Oh, in vain, General Peter Paul is so carelessly throwing dirt in our direction. Nothing but your own dirty hands, will not achieve. But we are angry ...

Ctrl Enter
Noticed oshЫbku Highlight text and press. Ctrl + Enter
We are
Results of the week. “Have you had any construction accidents?” Did not have? Will be! "Situational analysis of the death of the MH17 flight (Malaysian Boeing 777), made on the basis of engineering analysis from 15.08.2014
Military Reviewin Yandex News
Military Reviewin Google News
53 comments
Information
Dear reader, to leave comments on the publication, you must sign in.