15 May 2016
231
In Russia, there are segments of the population who are vitally interested in modernizing


The Russian industry, with the exception of some enterprises of the defense and aerospace complexes, is based on the IV technological order. In the US, 60 percent of production, and in China, 30 percent are at the next step of progress. In these countries, VI technological mode is being actively created. States spend on defense all over Russia. Using their financial and technological superiority, the United States seeks to create such weaponthat would eliminate Russian strategic nuclear forces, ensuring impunity.

As a result, Russia will lose state sovereignty and its natural resources. They are valued at 130 trillions of dollars, and the United States has long wanted to pocket them. To prevent a catastrophic scenario, it is necessary to strengthen the defense, which is impossible without modernizing the economy. New industrialization is needed. This is hampered by a number of factors: corruption, shadow economy, lack of interest among those who must carry out modernization - officials and businessmen, destructive management methods imposed from the outside, dominance of foreign firms in the most important industries.

In practice, there are two types of corruption - domestic (on the roads, in medicine, education, etc.) and business corruption, in which officials and entrepreneurs participate. The latter eliminates the most valuable thing in the market, competition. According to estimates, the size of business corruption in Russia is about nine trillion rubles, which is comparable with the size of the state budget. In essence, there are two economies in the country: official, state-controlled, and shadow, whose volume, according to various estimates, ranges from 16 to 40 percent of GDP. About 20 million people are employed in it.

Currently, the raw materials industry in Russia is almost half owned by foreigners, and the trading networks are 90 percent. Domestic financial exchanges at 70 percent are controlled from abroad. The domestic money market is regulated by foreigners in their own interests (for more information, “The ruble is head of everything”). Thus, a significant part of the country's economy is already controlled by our geopolitical opponents who are not interested in modernizing the Russian economy.

Over the past 15 years, the need to create high-tech enterprises and industries that will increase the quality of products and ensure a multiple increase in labor productivity have been repeatedly proclaimed from high tribunes. No results. Although the country has a social stratum, vitally interested in modernizing the country. These are workers, engineers, scientists, and also military. 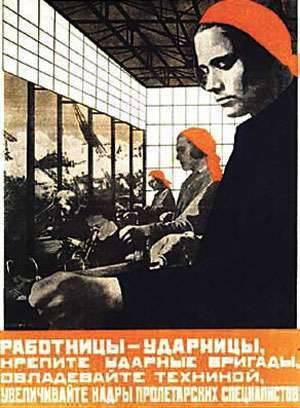 In order for them to actively engage in the modernization process, it is necessary to adopt the draft laws “On labor collectives” (passed the first reading) and “On the self-governed national enterprise” prepared by the State Duma. The purpose of legal innovations is to establish control over the heads of enterprises (through an elected Council of the labor collective). This will immediately stop the flow of bribes from “effective managers” to officials, the transfer of Russian capital abroad and other frauds. The State Duma also prepared a draft law “On Parliamentary Control”, which ensures the transparency of the use of the state budget by the executive power, which will be a serious obstacle for the embezzlers. But only the president can convince the deputies to adopt this package of laws.

Enhancing the role of labor collectives makes it possible to create an ecologically clean economy that produces goods that are useful for human health and restore traditional values ​​for Russia (collectivism, social justice, etc.). The support of labor collectives of enterprises of all forms of ownership will make it possible to abandon the current liberal monetarist methods of economic management. They were introduced in Russia in the 90-ies under US pressure to turn an industrial country into a raw materials appendage of the West. Instead of these destructive methods, it is necessary to introduce planning-market methods that have been widely and successfully used in different countries: in the USSR, Yugoslavia, and modern China (“NEP in the sixth generation”).

VTsIOM conducted a survey of the population: what management methods do you consider effective - Soviet planned, market or planned-market ones? As a result, 18 percent of respondents voted for planned, 28 for market, 45 for market planning. That is, the majority of the population, unlike the people who run the Russian economy and impose their erroneous views on the political leadership of the country, proposes to solve the problem using a combination of plan and market.

The most interesting experience for more than 40 years has been gained in Yugoslavia. There all enterprises were self-managed and worked on a commercial basis. But the land, factories, mines, etc., remained public (state) property and were only transferred to labor collectives for use. Such a system of management represented a higher stage of socialism in comparison with the Soviet one, where the market and the self-government of labor collectives were absent and administrative regulation prevailed.

The Yugoslav state established the rules for the operation of this market and controlled it, setting benchmarks for enterprises for ten years or more. For many years the growth rate of the economy was seven to eight percent. Experts called this the Yugoslav economic miracle. The enterprises were headed by the Councils of labor collectives, as well as the director selected by competition. In strategic enterprises, he was appointed by the government. An effective system of material and moral incentives was used. Employees received not only salary, but also remuneration depending on the profitability of the enterprise. This unique, self-managing system was destroyed in 1999 by the American Tomahawks.

For Russia, the problems of modernization (new industrialization) can be solved only by planned-market management methods. To do this, we must use the experience of those countries where they successfully functioned.

The most urgent tasks of import substitution are the restoration of the country's food and drug security. Russia has huge unused reserves. Consider those that lie, as they say, on the surface.

First, about 40 of millions of hectares of agricultural land is empty. According to experts, Russia can feed more than 500 millions of people, that is, significantly increase food exports.

Secondly, if those natural resources (oil, gas, metals, timber), which are now exported raw, are processed into high-quality finished goods, export revenues will increase tenfold in the energy mix, five times in wood, and three times Millions of high-paying jobs will be created. And now these revenues go to foreign countries that process Russian raw materials into finished goods with the help of equipment of the V technological order.

A key problem in the industry is the creation of a modern machine tool industry that corresponds to this structure: software-controlled units, flexible automatic lines, computers and robots. This is necessary to upgrade the equipment fleet in all sectors of the national economy, including in the military-industrial complex, without which it is impossible to equip the army with the latest weapons. Without a modern machine tool industry, there will be neither transport, nor agricultural machinery, nor medical equipment.

Buying abroad of individual machines and equipment for some enterprises, as is being done now, is strategically unprofitable, because when the mechanisms are depreciated (morally, physically) or broken, you will have to buy new or at least spare parts. That is, technological dependence on the West becomes permanent. A supply at any time can be blocked by sanctions. Currently, enterprises buy only 13 percent of new machine tools and equipment abroad. The rest of the import - depreciated equipment, which is taken on the cheap. Such a “renewal” of production assets guarantees Russia a lag from progress and makes domestic products uncompetitive.

Today, the share of foreign products in machine tools is more than 90 percent, in radio electronics - 80 – 90 percent. According to the Ministry of Industry and Trade, with modern management methods, it is realistic to reduce imports in these industries to 50 – 60 percent by 2020 year, that is, it will take about 20 years to complete import substitution. Of stories Our country knows that with planned market approaches, more complex tasks were solved several times faster. So, in 1921, the volume of industry in the USSR was 13 percent of Russian in 1913, and in 1925, it was completely restored, despite the terrible post-war devastation.

The industry of modern machine tools is unable to create an economic, mainly raw Russian elite, as evidenced by virtually zero results in this field over the past 25 years. It can only be the state. Machine-tool factories, which domestic manufacturers cannot afford, must be imported through the sale of natural resources, and food, medicines, clothing, shoes, household appliances, and furniture should be produced by themselves and not to spend money on it (hundreds of billions of dollars a year).

With the necessary level of V technological order, labor productivity and the quality of life of the population will rise at times, and Russian goods, not only weapons and raw materials, will become competitive in the world market.

Ctrl Enter
Noticed oshЫbku Highlight text and press. Ctrl + Enter
We are
Russia turns to the machineWay out of chaos
Military Reviewin Yandex News
Military Reviewin Google News
231 comment
Information
Dear reader, to leave comments on the publication, you must sign in.