Basurin: American ambassador in Mariupol gave a number of Ukrainian officers a prize for "contribution to the development of democracy"

2 May 2016
58
The US ambassador in Kiev, Jeffrey Payette, recently visited Mariupol, where he gave cash prizes to representatives of the ATO command, reports RIA News a message from the representative of the DPR MO Edward Basurin. 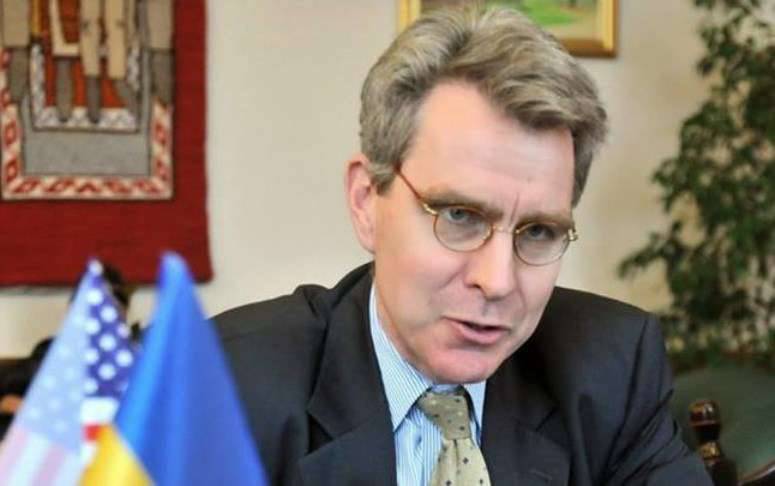 Payette visited Mariupol at the end of April.

“Our intelligence has revealed new details of the visit of the US Ambassador to Ukraine Jeffrey Payette to Mariupol. It is noted that the American diplomat at a meeting with Ukrainian security officials distributed to individual representatives of the command monetary incentives "for their contribution to the development of democracy", "said Basurin at a briefing.

According to him, the US ambassador "made it clear that the conflict in the Donbas will be smoldering, with occasional shelling from the Ukrainian punishers to disrupt any peace processes."

In addition, Basurin spoke about the reflection of the attack of the Ukrainian sabotage group, undertaken on the night of May 1.

"At night, the security forces of the DRG in the amount of five people made a stupid attempt to eliminate the guard of one of the units of the Armed Forces of the DPR in the village of Staromikhailovka, but thanks to the vigilance of our soldiers and the illiterate actions of the Ukrainian terrorists the group was revealed even on the outskirts of the military contact line," - said he.

The group was met by fire from small weapons, one saboteur died. “The enemy fled, cynically throwing the body of a comrade into the battlefield,” said the colonel and added that “the dead security official was born in the Chernihiv region, he had a military specialty“ LNG gunner ”.”