April 11 2016
26
Last Thursday in Tolmachevo (Novosibirsk) were observed during an intermediate landing 2 transferred to the Russian HQs Su-30М2 fighter with 89 and 90 bots, reports the blog bmpd. 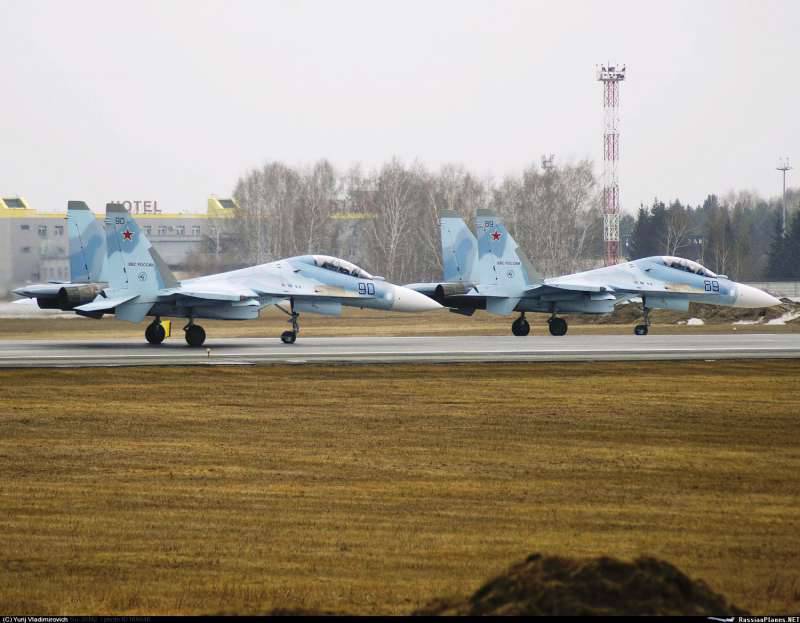 The transfer of these planes to the customer marked the completion of the contract of the Komsomolsk-on-Amur Aviation Plant from the Russian Defense Ministry of December 2012. In total, 16 two-seat fighters were built under this contract. Apparently, the new procurement of Su-30М2 is not expected.

According to some reports, the fighters filmed in Tolmachevo were heading to the Belbek airfield in the Crimea.