Pentagon redeployed B-52 bombers to Qatar to fight ISIS

April 10 2016
85
The US Air Force yesterday transferred B-52 strategic bombers, which are planned to be used in operations against terrorists in Iraq and Syria, to the al-Udeid airbase in Qatar, reports RIA News Post by American General Charles Brown. 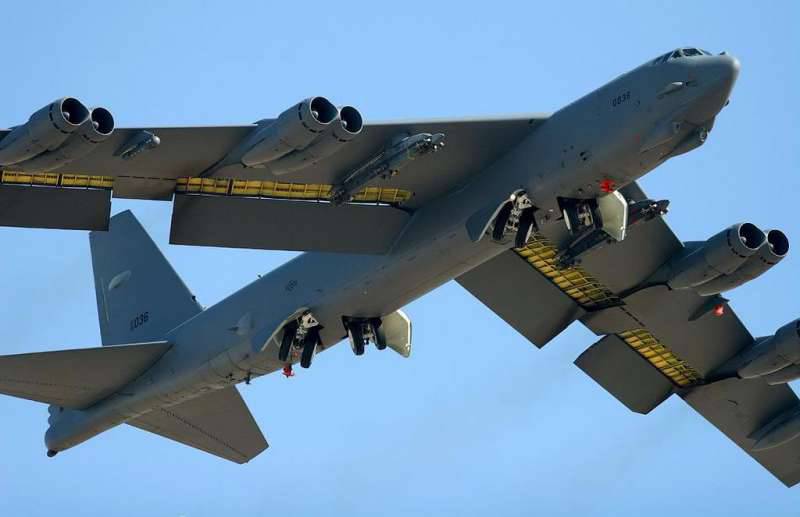 Earlier it was reported about the intention of the Pentagon to replace those participating in the anti-terrorist campaign B-1 with B-52 aircraft.

“The B-52 bombers demonstrate our continued desire to pressure Daesh and protect the region under any circumstances in the future,” said Brown.

According to him, “the aircraft will carry out several types of operations, including providing direct air support and conducting operational attacks using weapons high precision. "

Another US Air Force general, Chris Kars, said he would not name the number of aircraft sent to Qatar “for security reasons.”

The agency notes that B-52 was based in the Middle East for the first time since 1991.

Ctrl Enter
Noticed oshЫbku Highlight text and press. Ctrl + Enter
We are
Reports from the militia of New Russia for 7 September 2014 of the yearNew SU-34 arrived at Baltimore Air Base
Military Reviewin Yandex News
Military Reviewin Google News
85 comments
Information
Dear reader, to leave comments on the publication, you must sign in.