The first school of Russian subdivision 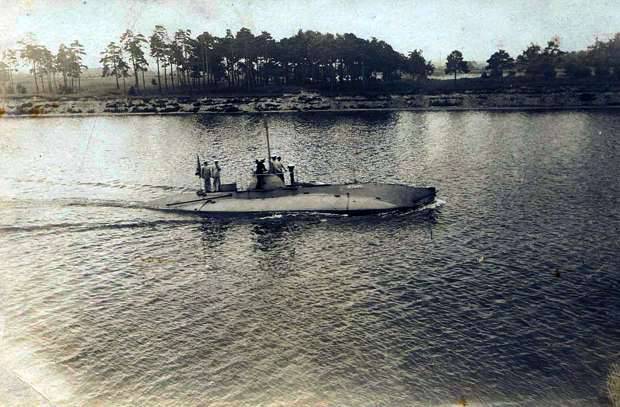 On April 9, 1906, the Russian Imperial scuba diving training detachment was formed fleet
В stories Russian Navy, and above all in the history of its submarine forces, the 1906 year occupies a very special place. He became the time from which these forces actually lead the count of his fate. On March 19 (in a new style), the emperor of All-Russian Nicholas II ordered the inclusion of a new class of submarines in the classification of the ships of the Russian navy. And less than a month after this momentous event (in memory of which 19 March is now celebrating the Russian Day of the submariner), another, no less important, and possibly more, happened. After all, it is not enough to introduce a new class of warships and start building or buying them - first of all, people are needed who will serve on these ships and without which they will remain a dead iron. So, the royal decree from 9 (in a new style) on April 1906 on the creation of the first in the country training squadron diving unit in the structure of the Libavsky sea port of Alexander III is of special importance for all generations of Russian submariners.

Like many other events in military history, the day of the signing of the decree on the creation of the Libavsky detachment, of course, should not be considered the true starting point of the fate of this unit. The earliest documentary mention of him is a document by which the State Council (the upper chamber of the legislative institution of the Russian empire of the time) approved the composition of ships and vessels of the scuba diving training detachment. According to the decision of the State Council, the Khabarovsk floating ship base and the Slavyanka steamer, as well as four submarines, which according to the classification adopted at that time were considered destroyers: Beluga, Salmon, Peskar, Sig and "Sterlet". And the squad leader was appointed the legendary hero of the Russo-Japanese War, the commander of the battleship Retvizan and one of the most active propagandists of scuba diving - shortly before being promoted to the rank of Rear Admiral Edward Shchensnovich. 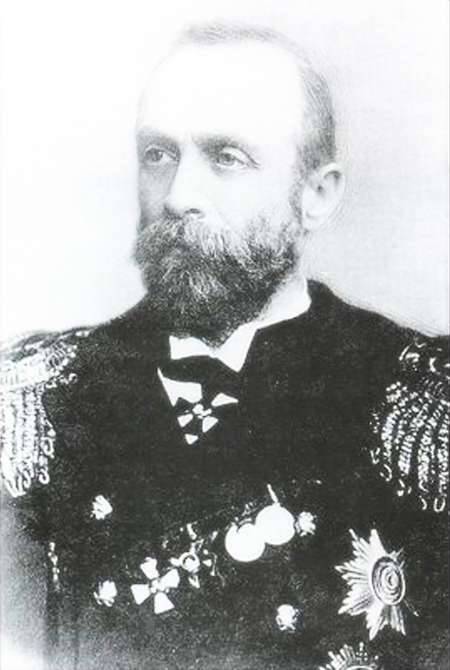 Edward Schensnovich. Source: libava.ru
He took up the matter with his usual energy, and soon enough the news that the legendary Shchensnovich was recruiting naval officers and sailors to serve on new warships - submarines - flew around the entire Russian fleet. This is how George Nicholas (Harald) Graf, at that time the midshipman, recalled his attempt to get into the new division of 2 rank captain: “At that time, submarines appeared for the first time, and the young officers, considering their enormous military significance in the future, began to strive to get on the squadron in order to become “submariners” My friend, warrant officer Kossakovsky, also came to the conclusion that why shouldn't we go along the underwater part. But we heard that the midshipmen were not very willing to take into the training squadron, which, in fact, was very correct, because the midshipmen were still too inexperienced officers. However, we, as participants of the 2 th Pacific Squadron and Tsushima battle, could be an exception. Therefore, before submitting official reports, we decided to go to the head of the detachment and obtain his consent to take us among the listeners. The head of the diving training detachment was appointed well-known to the entire fleet by its rigor and pickyness of the counter-admiral Schensnovich (he was called Scha for simplicity). Especially he found fault with the poor midshipmen. His favorite epithet was “the midshipman is not an officer,” which, of course, very much angered us. The admiral kept his flag on Khabarovsk transport, which stood in the canal at the avantport itself and served as a womb for submarines. All the personnel of the submarines lived on it, since it was impossible to live on the boats themselves. Finally we were called to the admiral's cabin. He was sitting at his desk, and when we appeared, he immediately began to look at us with a questioning eye. We bowed and stood at attention. He nodded his head in a particularly friendly way and said abruptly: “Sit down.” He tormented us for a good hour, asking tricky questions about the design of the ships on which we served. Finally, he said sternly: “Although you are midshipmen and you ought to serve as watch officers on large ships, you can submit reports of enrollment to the detachment; there will be no obstacles on my part. ”

Already one enumeration of the names of the submarine commanders who served as part of the Scuba diving training detachment shows what place this unit occupied from the first days in the structure of the submarine forces of the Russian fleet. Practically each of the named sailors managed to become the legend of the Russian submarin until the end of the First World War and to command not one boat. Especially since before the 1914 year, every single submarine of domestic and foreign projects that entered the Russian Imperial Navy passed through the Training Detachment. It was here, in Libau, that the crews were formed for them and they began to teach them how to handle the nodes and mechanisms of their submarines.

To cope with this task, the sailors who fell into the Libavsky detachment had to go through a serious training program. It included such courses as the device of submarines, the device of internal combustion engines, - electrical engineering, mine weapon, diving business, and even such a strange at first glance, but vital course in practice, as the hygiene of a submariner. The development of all the intricacies of these courses took the officers 10 months, the sailors - from 4 to 10 months, depending on the specialty. At the same time, the officers, who, of course, had to study much more intensively, were trained for two years in two classes - junior and senior. The first gave theoretical training, the second was responsible for the practical navigation on submarines. And training was completed with training torpedo firing at the Khabarovsk vessel - a floating base of the Libavsky detachment. In addition to the officers, it was also possible to pass a special exam, which was taken by the commission formed by the Main Naval Headquarters. Those who honorably withstood this test were given the title of “Scuba Diving Officer”, and from 1909 onwards a special breastplate with the image of a submarine, approved by Nicholas II 26 in January of the same year, was also awarded.

After the outbreak of the First World War, the scuba diving training squadron was evacuated from Libau first to Revel (present-day Tallinn) and in April 1915 of the year to St. Petersburg, where he is, to be more exact, his present heir, and is still located today. In Soviet times, it was called the Red Banner Kirov Scuba Diving Training Unit, in 2006, it was reorganized into a naval school for junior specialists, and since December 2010 was included in the Baltic Fleet Training Unit of the Baltic Fleet. But the traditions laid down by the first commanders, teachers and students of the Scuba diving training detachment remain to this day - after all, they simply do not allow the high rank of the Russian submariner.