Instead of the Warsaw Pact, the NATO Warsaw Summit 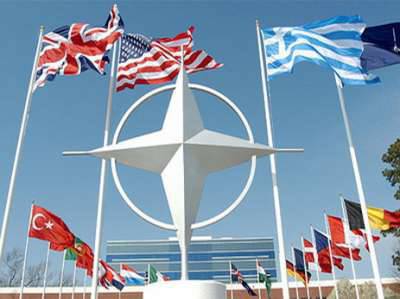 Scheduled for this summer (July 8-9) The Warsaw NATO Summit promises to be no ordinary event. His decisions can blend the power of the North Atlantic Alliance to Eastern Europe. Such intentions demonstrate high military ranks from the Pentagon. Pro-American elites, who came to power in the countries that previously formed the Warsaw Pact, are also fighting for this.


Soloists in this topic Poland. While its neighbors - the former partners of the Warsaw Pact Organization - turned the anti-Russian policy into a craft, due to which they replenish state and personal budgets, fuel the ambitions of nationalist groups and organizations, the Poles preach Russophobia quite sincerely.

Poland "warm up" is not necessary. For her did история our difficult state and national relations. Be that as it may, at the NATO Warsaw Summit, Polish politicians expect to become a full member of the alliance and move from political participation in the organization to full membership. About this on Radio Poland directly spoke the Minister of National Defense Anthony Matserevich.

Matserevich headed the Polish Defense Ministry last fall. So the main contribution to the change in the status of the Poles in the Atlantic alliance was made by its predecessors. It was they who transferred the country's armed forces to NATO standards, approved reckless loyalty to the Americans and their military plans in politics. Finally, they dragged Poland into the US missile defense system and made their state extremely vulnerable in the event of a global conflict.

Moreover, the Poles, in fact, provoked an arms race in Eastern Europe. Wishing to please her overseas patron, Poland began to actively purchase products of the American military-industrial complex, replenishing its arsenals. This year, for example, its defense budget will increase by 20 percent. Such figures are given in the report of the research center of the Italian Institute of International Relations (IAI).

Military spending in 2016 will increase throughout the European Union - by 8,3%. However, this figure of growth is largely done by Poland and its Eastern European neighbors - the Czech Republic, Slovakia, Hungary, Lithuania, Latvia, and Estonia. They will increase their defense budgets by more than 19 percent, Italian researchers note in their report. Apparently, such is the fee for a pass ticket to the club of full members of NATO today.

Military spending is not limited. Today Poland demonstrates not only its anti-Russian policy, but malice and frenzy that goes beyond morality. In this series, above all, the massive demolition of monuments and memorials of Soviet soldiers in Poland. The liberation of the country from the Nazi fascists by the forces of the Soviet Army is now officially called by the Polish authorities "Russian occupation".

It is clear from the example of the scandal that occurred on Tuesday on the “Russia” TV channel during the program “Vesti.doc” by Olga Skabayeva. Participants of the program discussed the film “Without a statute of limitations” by Alexander Rogatkin about the war crimes of Ukraine in the Donbas. The film presented documentary evidence of mass killings of civilians, including women and children.

The Polish political analyst Jakub Koreib, who watched the film together with the program participants, expressed his wish that the same fate befell the whole “imperial bastard and any venal separatist”. They called the Pole a Nazi and expelled him from the studio, while political analyst Sergei Mikheyev said that in his own words Koreiba showed “the real face of Poland and the entire EU”.

The case on “Vesti.doc” showed, among other things, the unintelligibility of the organizers of political talk shows on Russian TV channels, where more and more often you can hear insults and accusations of Russia from the lips of visiting guests, slyly packed into the “freedom” of their words. However, this is a topic for another conversation. As for political Poland, the rightness of political scientist Mikheyev is difficult to challenge.

Military activity has infected the whole of East Europe

All the Eastern European countries, without exception, are marked by anti-Russian efforts. Aggressive rhetoric and new military plans begin in the Baltic States and go far to the south - to the Balkans. The start of this campaign in the middle of zero gave Lithuania. She has long and persistently asked the United States weapon to protect against "Russian aggression." In the end, six American F-15 fighter jets began to patrol Lithuanian airspace.

Further more. Under the pretext of ensuring the security of the Allies, the United States strengthened the NATO grouping in the Baltic States, equipping it with heavy weapons and armored vehicles. At first, alliance strategists avoided calling these troops “regular”, underestimated their size and composition of weapons. After all, under the current agreement concluded in 1994 between Russia and NATO, the alliance did not have the right to deploy “significant additional combat forces” in Eastern Europe on an ongoing basis. It was only the right of NATO to maintain the security of its allies by transferring reinforcements during the crisis period.

NATO experts first came up with a rotation of units located in the Baltic countries, so that the strength of the alliance and the composition of armaments would not change here. Then the term "significant" was corrected. And then they announced that the 1994 agreement of the year was “not binding."

All these manipulations were required to prepare the decision of the leadership of the alliance, radically changing the principles of military deterrence on the continent, to send an armored brigade to Eastern Europe. A statement about this was made on the last day of March in Riga by the commander-in-chief of the combined forces of NATO in Europe, General Bridlav.

The brigade will include 4,2 thousand military personnel and 250 units of armored vehicles - Tanks, Bradley infantry fighting vehicles and Paladin self-propelled howitzers. The North Atlantic Alliance said in a statement that from February 2017, these units “will be alternately located in Bulgaria, Romania, Poland, Latvia, Lithuania and Estonia.”

In an interview with the Wall Street Journal, US Deputy Secretary of Defense Robert Wark noted that the White House has already approved a plan to expand its military presence in Eastern Europe. Wark explained this by the readiness of the United States to defend its Eastern European allies "especially against the background of growing Russian aggression."

Military activity stepped over the coastline and entered the Black Sea. A few days ago, Romanian Minister of Defense Micia Motoc in an interview with the Romanian news agency Hotnews spoke about plans to create a “union fleet" at the Black Sea. Motok expects the warships of "allies who are not coastal countries, but who are present on a regular or permanent basis in the Black Sea, participating in exercises, or calling at ports" to join this structure.

Romanian minister stressed that first of all he means the United States. Motok invited partners from non-NATO coastal countries to the “allied fleet” and cited Ukraine and Georgia as an example. Romania hopes that its initiative will be supported and approved at the July NATO summit in Warsaw.

There is still time before the meeting of the heads of state and government of the countries participating in the North Atlantic Alliance in the Polish capital. It is not excluded that NATO military strategists by July will be giving birth to new initiatives aimed at strengthening their influence in Europe. However, even that which has already been announced makes the summit not an ordinary event. His decisions can dramatically change the balance of forces on the continent and even cause critical military pressure. Most likely, this new confrontational policy will be associated with the summit venue - with Warsaw. As the Treaty was tied to the Polish capital, it had been holding back the war on our continent for nearly forty years.