March 31 2016
101
Washington is hosting a nuclear security summit. A spokesman for the Russian president, Dmitry Peskov, said that in the schedule of Vladimir Putin, participation in the event was not listed. Representatives of Russia, too, will not participate in the summit, the newspaper "Izvestia". In the West, Russia's refusal to participate was called a "boycott" and even "self-isolation." However, the reason for the failure of Moscow is simple and lies on the surface. 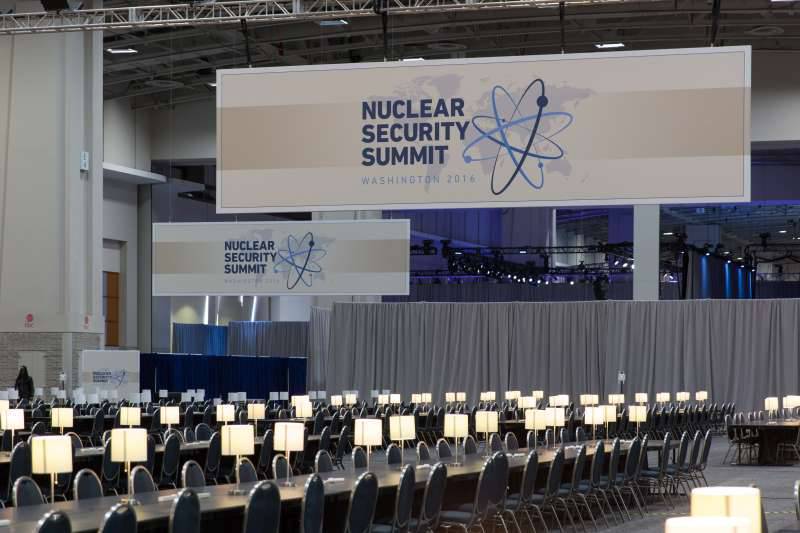 The International Nuclear Security Summit is being held in Washington. This event - the fourth and final in a series of similar forums, which Barack Obama initiated at one time, reminds RIA News". Before such meetings were held in Washington (in 2010), in Seoul (2012) and in The Hague (2014).

Russia, which participated in previous summits, refused this trip. Motivation: such forums are not effective and you need to look for new sites. Director of the Department for Non-Proliferation and Arms Control of the Ministry of Foreign Affairs of the Russian Federation, Mikhail Ulyanov, stated earlier that "there is no need for its (summit) holding."

The situation with the refusal of the Russian Foreign Ministry commented on the newspaper "News". According to the official, “the political agenda of these summits has now been exhausted.”

“When preparing for the 2016 summit of the year, its organizers fundamentally changed the concept of the event, proposing to develop some kind of“ guidelines ”for the International Atomic Energy Agency (IAEA), the Global Initiative to Combat Nuclear Terrorism, as well as the UN, Interpol and the Global Partnership, - reported publication in the Ministry of Foreign Affairs. “It is obvious that such recommendations, whatever formal status they may be, will become an attempt to impose the opinion of a limited group of states on the mentioned international organizations and initiatives, bypassing their own political decision-making mechanisms.”

A spokesman for the Russian president, Dmitry Peskov, reminds of Izvestia, who previously reported to the press that Vladimir Putin’s schedule does not include participation in the summit. As Izvestia found out, Russian representatives at the working level will also not take part in the event.

"Lenta.ru" cites another statement by Dmitry Peskov. According to the latter, the lack of cooperation with partners in the elaboration of the summit’s agenda was the main reason for the absence of the Russian delegation in Washington.

“The issue of nuclear safety is highly relevant,” explained Peskov. “But at the same time in Moscow they consider that the elaboration of issues related to nuclear safety requires common and joint efforts and mutual consideration of interests and positions. We experienced a certain lack of interaction during the preliminary elaboration of issues and topics of the summit. And therefore, in this case, there is no participation of the Russian side. ”

In the West, the refusal of Russian representatives to go to the summit caused something like hysteria. A favorite “isolation” theme was raised.

Deputy Assistant to the President of the United States for National Security Ben Rhodes is confident that by such a refusal Russia “isolates itself”.

“We believe that for Russia this refusal is a lost opportunity to discuss important things. All she does is isolate herself from discussing these topics, ”the newspaper quotes Rhodes. "Sight".

As Russian Foreign Ministry spokeswoman Maria Zakharova said earlier, “in the field of international cooperation on nuclear security (nuclear security), there are no objectively maturing breakthrough decisions requiring the involvement of heads of state and government.” Changing the concept and developing a kind of "guidance" will be an attempt to impose the opinion of a limited group of states to international organizations. “We consider it unacceptable to create such a precedent of outside interference in the planning of the work of international structures that have significant expertise and are based on democratic procedures,” Zakharov quotes. Interfax. “In connection with this, the President of the Russian Federation V.V. Putin, as is known, made a decision to stop our participation in the preparations for the 2016 Summit of the year.”

Thus, we add, the West has replaced the concept. The fact that Russia is openly explained by a unilateral change in the concept, organized by a “limited group of states”, cannot be accepted in Moscow. Moscow’s position in this case is by no means “isolation”, as suggested by Ben Rhodes, but demonstrates Russia's unwillingness to dance to the Washington tune. And it would be strange if the Kremlin behaved differently - especially in the era of the new cold war, from which Barack Obama for some reason stubbornly denies it.

According to Vladimir Kozin, chief adviser of the Russian Institute for Strategic Studies, the leading Western countries are trying to blur the role of the IAEA at the summit.

“Iran recently abandoned the military component of its nuclear program. But in the Middle East there is still Israel, in whose arsenals there is a nuclear weapon and means of delivery, - said the expert "Izvestia". - According to some reports, we are talking about 200-300 warheads. After the agreement with Tehran, it would be logical to see constructive steps on the part of Tel Aviv. In addition, the example of Iran could be followed by Turkey, in whose territory American tactical nuclear weapons are deployed. However, these topics are practically not discussed. ”

Kozin also recalled that at the Review Conference of the Treaty on the Non-Proliferation of Nuclear Weapons in 2015, Moscow attempted to intensify discussions on the establishment of a zone free of weapons of mass destruction in the Middle East. But because of Israeli discontent, the United States, the United Kingdom and Canada blocked the final conference document.

Not all experts approve of Russia's refusal to participate in the summit.

Head of the Department of International Relations of the Diplomatic Academy of the Russian Foreign Ministry Boris Shmelev said "Free Press"that you need to use all the possibilities to advance the Russian agenda.

“It seems to me that refusing to participate in the summit is a mistake. Against the background of the terrorist attacks in Belgium and the information that the extremists were planning to attack the nuclear power plant, as well as taking into account the testing of ballistic missiles for the delivery of the DPRK nuclear warheads, the problems of nuclear safety became more acute than ever. Under these conditions, one should go to Washington and show solidarity with other countries. ”

According to the expert, Russia should participate in the process of forming a new world order. This new order should meet the Russian interests. “But for this you need to sit at the common table and work out common rules,” noted Shmelyov, “and not refuse to negotiate.”

“The problems of nuclear safety have now become acute for the world community,” the expert added, “and who, if not Russia, will take an active part in solving them and looking for ways to ensure safety?”

Doctor has a different opinion historical Sciences, Colonel General Leonid Ivashov. He believes that Russia will not lose anything from ignoring the summit: “Since we have decided not to go to Washington, apparently, no special benefit is expected from participating in this summit. Another point is that often the agenda of such summits includes issues that are not directly related to security technology. They become politicized, and this is one of the reasons for refusing to participate. "

According to Ivashov, the United States is not the best territory for such events: after all, the Russian Federation and the United States have “tense and tense relations”. “So the refusal to participate in the summit is quite natural,” the expert noted, “but it’s clear that some accusations will always be addressed to Russia.”

The accusations are heard, we add from ourselves, not only in “ignoring” nuclear safety issues, but even in independent “isolation” of Russia, which refused to “discuss” what representatives of other states discussed at the highest level.

By the way, the representatives of Pakistan, also a nuclear power, did not arrive at the summit either. Nawaz Sharif canceled the visit because of the terrorist attack in Lahore 27 March.

The position of Russia, expressed clearly and unambiguously at the level of the Foreign Ministry, shows that Moscow’s “ignoring” is not the problem of nuclear security on the planet, but the behavior of a number of Western states that have decided to change the concept of the summit and give “instructions” to others who are not close to the Washington hegemon. ". "Discussion" of issues with those who think of themselves as "hegemon" and "exceptional" is simply impossible on equal terms. Blocked!

Ctrl Enter
Noticed oshЫbku Highlight text and press. Ctrl + Enter
We are
Results of the week. "Do you know who they are?" Oh brother! They are crooks! ”Situational analysis of the death of the MH17 flight (Malaysian Boeing 777), made on the basis of engineering analysis from 15.08.2014
Military Reviewin Yandex News
Military Reviewin Google News
101 comment
Information
Dear reader, to leave comments on the publication, you must sign in.