About our media and Ukrainian blitzkrieg 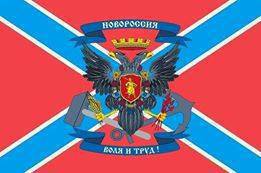 Ukrainian and Russian TV channels differ from each other, if I may say so, in the expression of physiognomies. Differ fundamentally. In the glow of the screens are grown different "products". Seen from the banks of the Dnieper, the contrast is striking. The physiognomy of the generalized television of Russia looks like an illuminated playful-glamor smile of Ernst, Ukraine - with a special glitter of the eyes (there is no smile at all, the head is in a balaclava) in the pupils, figuratively speaking, red-viburnum points, and their physiognomy is illuminated by them. The main idea of ​​Ukrainian TV is war, preparation for war, talks about war, Kremlin’s treachery, the “Minsk agreements” worthlessness, about the return of Donbass and Crimea. Of course, this does not at all reflect the real picture of life (in Ukraine, about 30% of the population advocates continuation of the war), but television is not intended to reflect — it is intended to shape the picture of tomorrow. Tomorrow’s Ukrainian “product” is total militarization of consciousness. The military theme in Ukraine is introduced into the consciousness of all age and social groups. Children draw, sing and teach rhymes, teenagers and young men march, learn martial arts and possession weapons. Groups of unarmed combat and combat training are open to people of peaceful professions. Pensioners are called upon to provide all possible assistance, to survive on a beggarly pension, or to die quietly. (Note in brackets, - The rate of decline in the population of Ukraine in the 2016 year is estimated at 621 people per day - taking into account mortality and fertility. The rate of growth of the population of Russia - 277 people per day.).

What is the "product" that is grown by Russian television - all these lovely "Fashion sentences" and other Malakhovs? .. Political shows on Russian TV channels, where everyone shouts and interrupts each other, look from the outside - well, it’s just like Gogol’s when the hero hits a Jewish street: “Bulba, no matter how hears his ears, he couldn’t guess anything; he heard only the often spoken word “Mordecai,” and nothing more. ” If someone says that “generalized Kostya Ernst” does not work in his specialty, he is supposedly a biologist, he is not quite right. “Generalized Ernst” is engaged in the cultivation of cheerful vegetables on artificial soil.

Meanwhile, the Ukrainian media are intensely preparing public opinion to realize the inevitable rush to the East. This idea is constantly scrolling against the background of everything else - the government crisis, quasi-reform, jumping on the wheels in front of the IMF, rising crime and tariffs. In various ways, the thought is constantly “stuck in the heads like piles in the Kerch Strait”: “We will not calm down until we liberate the Donbass and the Crimea”, “Our victory cannot be until we liberate the Crimea”, “We cannot go to the Crimea until we liberate the Donbass ”... In the future, they are ready to go both to Kursk, and Belgorod, and to Rostov, dreaming of their share of territories in the division of Russia. It is known, it is not a secret. In Ukraine, the media is very popular история Serbian Krajina - the unrecognized Serbian state that existed in 1991-1995 years. The Orthodox Serbian people lived on that territory from time immemorial, even before the Ottoman yoke. During the defeat of Yugoslavia, the residents did not want to remain in the Serbophobian Croatian Republic, to which they were stuck artificially, and at the end of 1991, they announced the creation of their independent state. This was preceded by numerous crimes committed by the Croatian Guard and the police. Serbian Krajina was not recognized by any state of the world, including Yugoslavia, at that time still existed, in the composition of which the Serbian Krajn wanted to enter. Croatia has been preparing for several years to conquer rebellious territory, to blitzkrieg. And in the 1995 year, despite the alleged reluctance of the United States to see the continuation of the military conflict, two military operations were carried out by the Croats - Lightning and Storm. Serbian Krayn has ceased to exist. Many civilians, including children, died. About a third of a million Serbs were forced to flee from their native land. This option is very popular with the Kiev regime, which draws a direct parallel between the Serbian Extreme and the DNR-LC. “5 Channel”, owned by President Poroshenko, enthusiastically speaks about the actions of the Croatian leadership, calling military operations against the Serbs “brilliant”, while accusing the Serbs of encroaching on the territory belonging to the Croats ... “Winners are not judged "- this is what the Kiev regime likes most. Indeed, we know Serb judges.

On the part of Ukraine, on the border with the DPR-LPR, there is a concentrated powerful military group, which is constantly growing.

It is noteworthy that General Yevgeny Marchuk’s statement (during the presidency of L.Kuchma he served as prime minister, minister of defense, secretary of the NSDC, head of the SBU) March 27: “In the next two days Ukraine will experience the most critical moment of its history in all the years of Independence ... ”According to him, there are“ accurate indicators ”indicating the preparation of a large-scale operation, especially of an offensive nature, which cannot be hidden. “There are all signs that, to the greatest regret, an invasion of Russian regular troops into the territory of Ukraine can occur ...” The statement becomes noteworthy only in the context of March 30 - 2 April April Poroshenko’s working visit to the United States of America . He is invited to Washington to attend the Nuclear Security Summit. (Russia refused to participate in the summit, believing that the event had already played its role and is now wrongfully trying to interfere in the work of the IAEA.)
Based on the statements of a number of former and current politicians related to the power structures of Ukraine and Western intelligence services, taking into account the brainwashing of the population produced by the media and some other indications of the “indicators”, it seems quite likely that the Kiev regime would dare to blitzkrieg in the first April days. There is no doubt that this will be presented as a response to the perfidious invasion of "Russian-terrorist" troops into the territory of Ukraine. Obviously, another thing is that the Summit in Washington, to which the heads of 50 states are invited, will understand the “return” of Lugansk and Donetsk to Ukraine, if that happens. And the Summit will condemn the “regular act of aggression”, if this time the Ukrainian Armed Forces receive too much.

Ctrl Enter
Noticed oshЫbku Highlight text and press. Ctrl + Enter
We are
In search of a Russian national characterOn the other side of the “red” and “white”. Izborsk Club Report
Military Reviewin Yandex News
Military Reviewin Google News
52 comments
Information
Dear reader, to leave comments on the publication, you must sign in.