In LNR, Aleksey Karjakin was dismissed from the post of chairman of the People’s Council with the wording “for improper organization of work”

March 29 2016
12
Today, the People’s Council of the LNR dismissed Alexey Karyakin from the post of chairman of the Council by a majority of votes. To make such a decision, the Lugansk parliamentarians needed an extraordinary session. The dismissal of Karjakin took place with the wording “for improper organization of work”. From the document signed today by the deputies of the National Assembly of the LC (quotation - Lugansk Information Center): 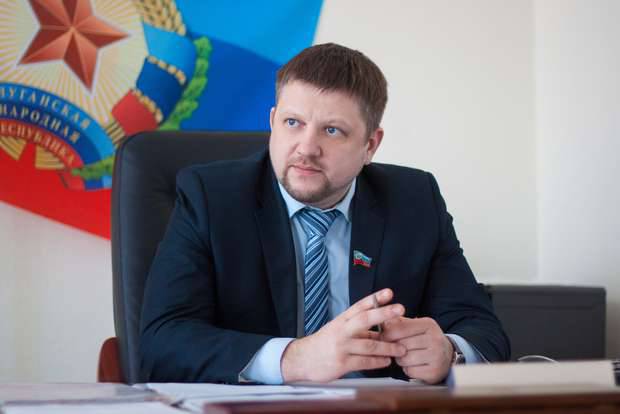 2014 deputies from 36 voted for the release of Karjakin, who served as chairman of the People’s Council of the LPR since May 50. It should be noted that Aleksei Karyakin is on the EU and US sanctions lists, and he was also wanted by the Ukrainian government “on suspicion of high treason”.

Meanwhile, information comes from the LPR that the Ukrainian security forces have increased their activity at the line of contact with this people's republic. So, under the fire of the Ukrainian military at the time of transition in the area of ​​the Village of Lugansk two women 37 and 45 were captured. The shelling was carried out from grenade launchers. From the message of the Luhansk People's Militia:

The fighters of the People's Militia immediately responded to the cries of women, and they rendered first aid to the victims. At the moment, the victims were taken to a hospital in Lugansk.

Ctrl Enter
Noticed oshЫbku Highlight text and press. Ctrl + Enter
We are
UkroSMI: "Ex-Speaker of the LPR Parliament Alexei Karjakin Detained in Rostov-on-Don"The idea of ​​a kombriga of the Brain is realized by the Lugansk government
Military Reviewin Yandex News
Military Reviewin Google News
12 comments
Information
Dear reader, to leave comments on the publication, you must sign in.