Arkady Brish - one of the founders of the Soviet "nuclear shield"

March 20 2016
34
On Saturday, Arkady Adamovich Brish, a designer, a participant in the creation of the first Soviet atomic bomb, one of those who “helped reliably shelter Russia with a nuclear shield,” died on 99. RIA News. 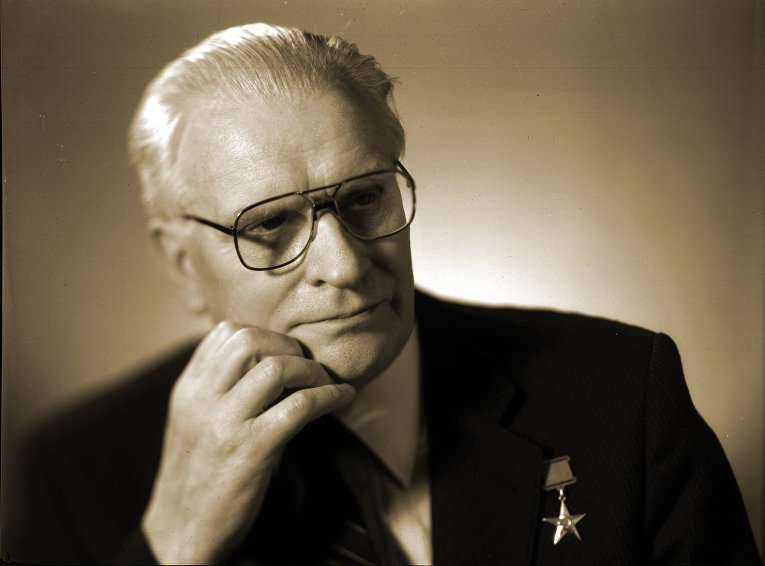 Arkady Brish is one of those specialists whose names are rarely widely known because of the secrecy of their development. But what has been created by these people for the security of their homeland can be called, without exaggeration, a feat.

In his own words, the idea of ​​the need for reliable powerful weapons arose in the first days of World War II, when the Nazis quickly captured Minsk, in which the future nuclear engineer lived.

War Brish was a partisan detachment in the intelligence unit. Many times he was on the verge of death. Later, he noted that the "partisan grip" developed during the war years helped him in science, when in the shortest time in post-war conditions it was necessary to create domestic nuclear weapons.

“Brish’s major success in the atomic project was the idea of ​​how best to make a neutron initiator for an atomic bomb - figuratively speaking, that“ match ”that“ ignites ”the chain reaction leading to a nuclear explosion. The first neutron initiators were inserted into the sphere from plutonium, but this scheme was not very efficient and the power of the explosion was relatively small. It was proposed to put the initiator outside the plutonium "explosives". At first, nobody believed in this idea - it was believed that such a scheme would be cumbersome and therefore unsuitable for the creation of nuclear weapons, ”says the publication.

However, Brish defended his point of view, thanks to which the effectiveness of the charges increased dramatically.

A scientist more than 30-years served as chief designer of the Atomic Research Institute of Automation them. Spirit. And during this time he became an ideologue of many areas, which have no analogues in the world.

“One of the main features of Brish was his colossal efficiency and will to achieve success. Someone from his colleagues even jokingly suggested introducing a unit of business activity - “one Brish”. But it was an unattainable value, so they used units smaller than a thousand and a million times - “milli-Brishi” and “micro-Brishi”, ”colleagues recalled.

In 2014, when asked by the correspondent whether he considers himself a happy person, Brish answered: “Yes, happy. Because I participated in the creation of weapons that protected our homeland. It always inspired me. ”