"Zoos" with "tours" in Syria

March 2 2016
86
With reference to the main defense department of the country Interfax announces new shipments of Russian weapons to Syria. This time we are talking about the transfer of two radar stations, which will be used in order to determine the coordinates of the militants' existing artillery batteries. These counter-battery radar will allow identifying groups that violate the cease-fire regime, which is in effect in Syria since February 27.


In addition to counter-battery radar stations, several additional Russian unmanned aerial vehicles were also delivered to Syria. These UAVs will also be used to identify those who have not yet folded in Syria weapon and continues to fight.

Russian counter-battery radars and UAVs will allow for a qualitative monitoring of the situation in the SAR, on the basis of which a report by the Ministry of Defense will be prepared. The report will consolidate the data on the groups that violate the cease-fire regime, with all the consequences for these groups.

For reference: counter-battery radars allow effective reconnaissance of the firing positions of the missile-artillery systems and enemy complexes. Counterbattery radar "Zoo-1" is able to monitor the activities of unmanned aerial vehicles, as well as adjust their own artillery fire. 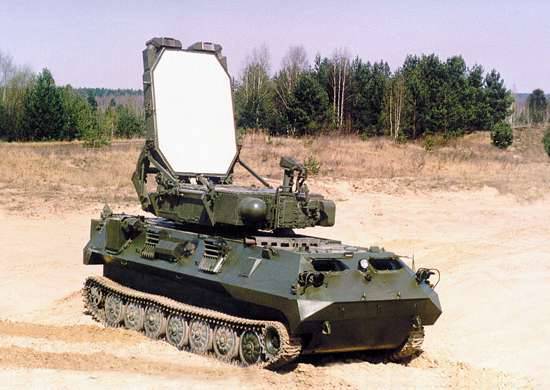 "Zoo-1" on exercises in the Russian Federation

Zoo 1 is capable of detecting enemy positions per minute up to 70 firing positions (including mortars) and accompanying 12 targets simultaneously. An important component of the complex is high noise immunity. Chassis "Zoo-1" - MT-LB.

Ctrl Enter
Noticed oshЫbku Highlight text and press. Ctrl + Enter
We are
Old and new ways of dealing with unmanned vehiclesFrench UAV Harfang based on Niamey in Niger (photo report)
86 comments
Information
Dear reader, to leave comments on the publication, you must to register.