February 29 2016
139
Concerning Syria, statements in the world are not made every day, but almost every hour. And officials, experts and representatives of major mass media of the United States and the European Union are especially zealous in this. Russia also makes statements, including at the highest level, but much less often. Some analysts have noticed: Russia is laconic, and on other issues it even “keeps silence.” And they conclude: the time for talking is over. 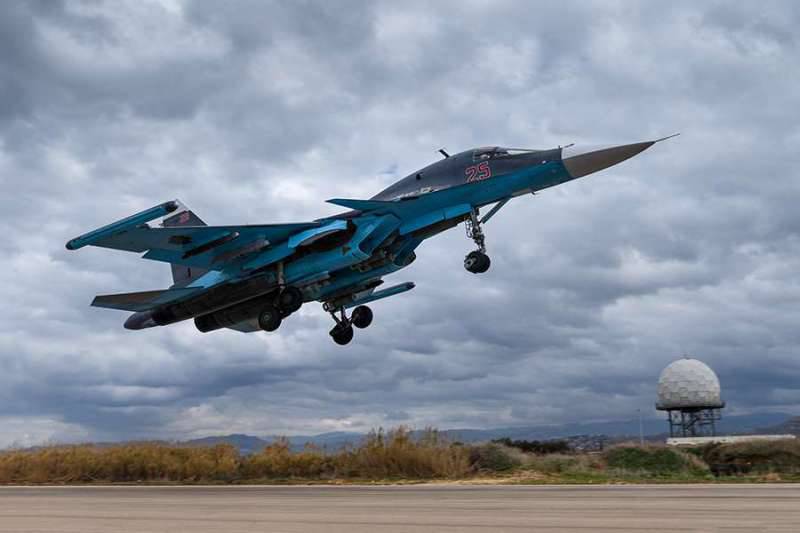 On the portal owned by the New York radio station "Superstation95" (95,1FM), published an editorial devoted to "terse" Russia.

Over the past few days, journalists say, a whole storm has risen in the media over the events in Syria and the likely invasion of this country. As everyone knows, Syria is an ally of Russia, and Russia acts in this country with the permission of a legitimately elected government, the portal notes.

Despite the whole "whirlwind" of statements from several Arab states, from NATO and from the UN, Russia voiced only two points:

1. If any state enters land forces in Syria without the permission of Damascus, it will be a declaration of war.

2. Americans (more precisely, the American president and the Arab partners of the United States) must ask themselves whether they want to get permanent war.

In addition to these two public statements, Russia did not say anything. And this fact, according to American radio journalists, is quite indicative. Say something more and do not need. The time for talking is over!

The future will determine the action.

All this is “quite simple in reality,” the authors of the material say. It is said: if foreign ground forces enter Syria without the permission of Damascus, it will be a declaration of war.

This is a rarity in the modern world, when the power clearly holds its line.

Now it’s up to the rest of the world: should Russia take the statement seriously? That is, is it to believe that Moscow will do what it says?

Many can make a fatal mistake here, says Superstation95. For example, cunning Arabs, by virtue of their culture, do not understand at all that an absolute statement has been made by Russia. “No” means no.

Not understanding this, the Arabs are simply stupid. Apparently, they think, the editorial staff notes, that if they invade Syria with “sufficiently large force and quickly enough,” they will be able to seize the country. The idea of ​​a tactical nuclear strike, which "evaporate" their army, for some reason they do not even consider.

However, thanks to alternative English-language media, which have become very popular with users of Saudi Arabia, the United Arab Emirates, Bahrain, Qatar and other countries in the Middle East, people are now “awakening”. They are concerned about the likely use of tactical nuclear weapons. weapons in the region.

The leadership of these states for some reason thinks that Russia "will not dare." Yes, dare, dare.

The worst will be Turkey. Her leader, Erdogan, is indicated in the material, "it seems to have become a maniac." Perhaps he suffers from some kind of psychic illusion, imagines himself to be “some kind of religious prophet,” and even Mahdi, who descended from heaven.

This “hot head” will be the first to go “on the march”. The editors of the radio station assume that the Russians will allow his army to cross the border and go deep into Syria, and there the Turks will overtake a blow.

He will be so strong that the Turks will not even understand what killed them. Few of Erdogan’s soldiers will come out alive.

The Arabs, seeing this, will flee in fear. All war will end.

The United States has neither the money nor the desire to go to war with Russia. In addition, in the White House, it is not the president who sits on the throne, but the “weak-willed weak.” This is rather an actor and a talker than a decisive politician: he is able to play and designate "red lines" (as was the case with "chemical weapons" in Syria), but when it comes to fighting, he hides in the bushes, behaves like a cowardly girl.

And it is possible that porridge in the Middle East brewed because of Obama. If he had not been a political rag, there would have been no such troubles there and around the world.

As for NATO, the Europeans are so “mentally weak” from their “political correctness”, and even with the money they became so bad that their “socialist systems” can no longer even protect their own borders! NATO is not able to answer "no" to all those "hordes of barbarians" that climb into Europe. What will these Europeans do if they ever start shooting at them on the battlefield? Yes they will run away.

Over the next few days, the editors of Superstation95 are forecasting an "explosion of military operations in and around Syria." Turkey shines a "cruel defeat"; the same is waiting for saudi arabia. Then the point of view of “cold heads” will prevail “suddenly”. At least, it is to be hoped for.

In the film "Forrest Gump," the old saying sounded: "The fool is foolish." Obama and his left-wing liberals are just those fools, says the editors of the American site.

Russia is a superpower, and Obama on television called it a “regional” state. This is a "huge miscalculation." History recorded that since B.H. Obama spoke these words, the world went straight to hell. For the fool is foolish.

Surprisingly, we add from ourselves, but Barack Obama himself also believes that the coming days will be “critical.”

The site "BBC" A material has appeared that contains the latest statements by the US President.

Mr. Obama told reporters that a truce in Syria should be the first step towards ending the chaos: “The coming days will be critical, the whole world will be watching this. If we look more broadly: it will be a test that will show whether all parties are really ready for negotiations. ”

This statement was made by the president before the media after the meeting of the US National Security Council.

Mr. Obama also showed his determination and declared that Washington would end the "Islamic State." He stressed that the United States does not intend to go on a truce with the "IG" and will attack jihadists "on all fronts".

"We will destroy this barbaric terrorist organization", - quotes the president of "BBC".

Not satisfied with Washington and the person of Bashar Assad. Obama said the civil war in Syria will not end as long as Assad remains in power. He noted that on this issue, the United States has "significant differences" with Russia, Iran and some other regional players.

Here is a "hot head". Such is the sovereign of the “regional powers”. Here is a "player".

On the other hand, observers from Superstation95 speak about the “laconic” Russia and the “whirlwind” of statements by the West and its Arab “partners” for a reason. While Obama is smashing the "barbaric terrorist organization" in words, Russia is doing this in practice. And this, as they say, two big differences.

The future will be determined by actions, as rightly spoken on Superstation95.

Observed and commented on Oleg Chuvakin
- especially for topwar.ru
Ctrl Enter
Noticed oshЫbku Highlight text and press. Ctrl + Enter
We are
Results of the week. "So it is in Turkey ... It's warm there ..."History of the Navy of Iraq. Part 3. From the invasion of Kuwait to Freedom of Iraq (1990-2003)
139 comments
Information
Dear reader, to leave comments on the publication, you must to register.