February 17 2016
30
February 17 celebrates its 80 anniversary with a special formation of the Logistics Services of the country's Armed Forces - the Fuel Service of the Armed Forces of the Russian Federation. Exactly 80 years ago - February 17 of the year 1936 - on the basis of the order number 024 of the USSR People's Commissar of Defense Kliment Voroshilov, the Fuel Supply Office, the Fuel Service of the USSR Armed Forces, was created. A significant increase in the technical fleet of troops and the increased needs of the Armed Forces in the uninterrupted supply of fuel and lubricants played a role in the creation of such a service.


The military service specialist, Colonel Nikolai Movchin became the first to lead the Fuel Service of the USSR SSR Fuel Service. However, Nikolai Nikolayevich headed the Department of Fuel Supply of the USSR Supreme Soviet for a very short time. Already in December 1937, he was arrested on charges of military conspiracy in the case of M. Tukhachevsky. Nikolai Movchin’s rehabilitation took place almost 28 years after the execution of the death sentence imposed on him in September 1938.

The first truly significant test of the effectiveness of the Fuel Service took place two years after its formation. Providing fuel for the Red Army troops was needed during the conflict with Japan near Lake Hassan. According to archival data, 39 fuel trucks, as well as several tens of horse-drawn carts with fuel tanks, were involved in the process of providing the Soviet military grouping near Lake Khasan. The service was to provide an uninterrupted fuel supply of almost three hundred tanks, about 250 aircraft, two hundred military vehicles, in turn used to transport personnel, as well as weapons, food, medicine. According to historians, more than 8 thousand tons of fuel was consumed during the battles on Lake Hassan.

However, much more ambitious work before the start of the Great Patriotic War, a soldier of the Fuel Service of the Armed Forces of the USSR had to do during the Soviet-Finnish (Soviet-Finnish) war. At that time, almost a quarter of a million tons of fuel was sent to supply the troops to the shifted front line.

The work of supplying troops with fuel and lubricants during the war with Finland became a kind of dress rehearsal before the start of the Great Patriotic War. At the same time, the “rehearsal” took place, as is well known, against the background of only timid assumptions that the war with Hitler Germany becomes inevitable. 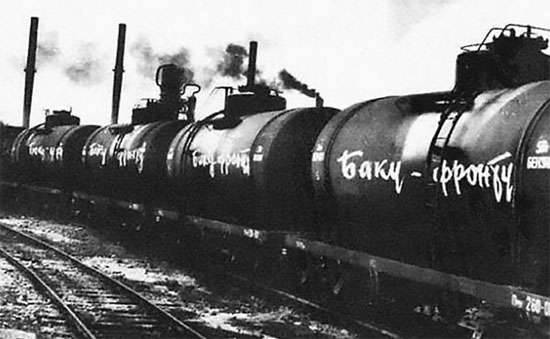 Today, it is often possible to hear questions from the representatives of the younger generation about the problems of supplying troops and civilian objects during the war years. One of the questions invariably concerns the provision of fuel to besieged Leningrad. The question is reasonable, if we consider that in modern textbooks stories not particularly taken to delve into the history of the Great Patriotic. The answer to this question is as follows: the problem of supplying fuel to besieged Leningrad was solved by the very force of the Fuel Supply Department. With incredible efforts, the service’s servicemen managed to accomplish what seemed impossible: in the shortest possible time, a pipeline was laid along the bottom of Ladoga. Its length was about 27 km. It was through a pipeline to the city, which the Nazis intended to turn the city of the dead into, received fuel, which, to put it mildly, played an important role in the defense of Leningrad and in the daily work of its heroic population.

This page from history must be unknown to those representatives of the Ukrainian Maidan gathering, who intimidate the citizens of Russia with a certain “blockade” and “isolation”. When today Leningrad blockade look at reports on how the Islyamovskaya group in Kherson region threatens to cut off the Crimea from supplies, they say to the Crimeans: “Hold on, guys!”, And see Islyamov and his followers as a clear natural misunderstanding.

If we talk about the work of the Fuel Service today, then its scale looks impressive. Over the past 2-3, the volume of fuel consumed annually, including rocket fuel, amounted to more than 2-million tons. 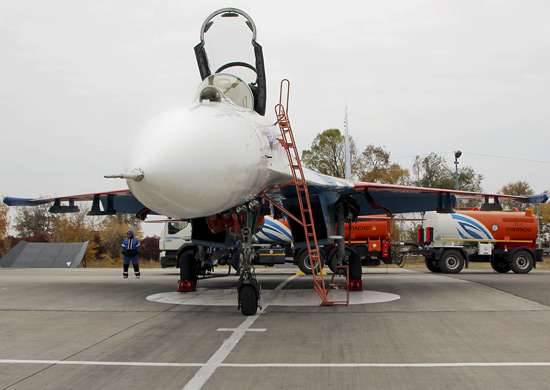 The increase in fuel consumption in the troops eloquently indicates that the activity of combat training has increased. The beginning of the counter-terrorist operation of the Russian Aerospace Forces in Syria also played its role. The fuel for the supply of the Syrian operation is supplied, among other things, through the use of the logistics station of the Russian Navy in Tartus.

Today, according to the press service of the Ministry of Defense of the Russian Federation, about two hundred different brands of fuel and lubricants are used in the Russian Armed Forces. At 2016, design and exploration work is planned for the construction of six new fuel-filling complexes for the needs of the Russian army.

Last year, the developers and the Russian servicemen of the Fuel Service conducted a series of tests of the new refueller, which is highly versatile. The versatility is that such a tanker is capable of transporting simultaneously up to 14 tons of various grades of fuel. In this case, the tank body is made of a material that has the ability to withstand the hitting of bullets from a small arms. With the help of a special distribution system, an autofuel-servicing truck is able to fuel several units of military equipment at once, and this, as already noted, can have a different nomenclature. 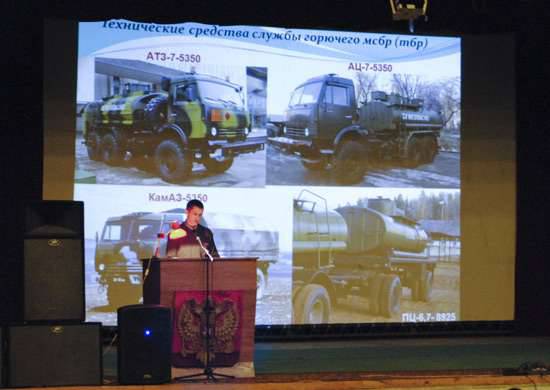 With 2014, the troops began to receive a new "arctic" fuel. This is a special type of fuel that can be used in extreme conditions of the North with consistently high efficiency. Diesel "arctic" fuel showed that its use can be carried out even at a temperature of "minus" 65 Celsius. For obvious reasons, the composition of the Russian fuel is of particular interest to representatives of those countries that are trying to make efforts to counter the steps to develop the Arctic spaces of Russia. 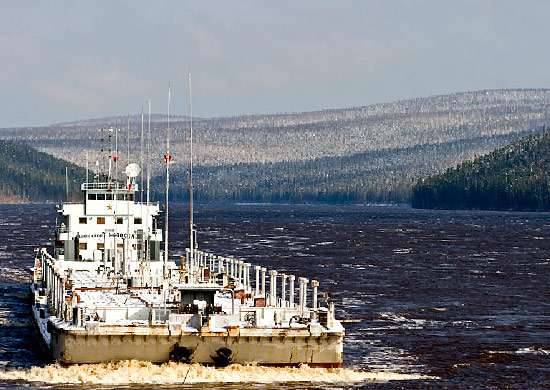 From the message press service Ministry of Defense of the Russian Federation:
Also being developed fuel for hypersonic aircraft. The recipe is created, and the energy that is accumulated in this fuel will allow our products to exceed the speed of 5 moves.

"Military Review" congratulates all the servicemen and veterans of the Fuel Service of the Armed Forces of the Russian Federation (USSR) on their professional holiday!