February 11 2016
45
The press service of the Ministry of Defense of the Russian Federation announces the passage of the combat readiness check of the troops of the units and formations of the RF Armed Forces. The report says that the communications and control units of the Central Military District are given the highest degree of combat readiness. Signal officers of the Central Military District after the accomplishment of multi-kilometer marches deployed field offices of the district headquarters. 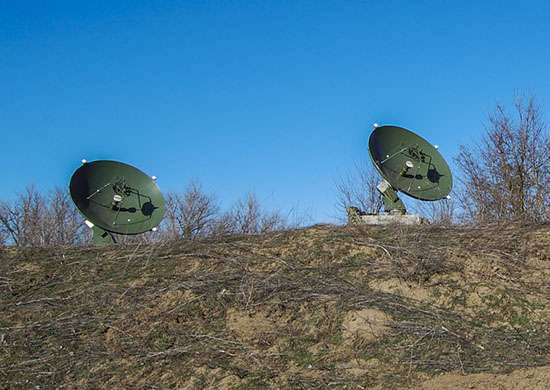 From the message of the press service of the Ministry of Defense of the Russian Federation:
Specialists have created an autonomous multi-level network of communication centers and posts, which connected all controls of associations and connections, including when performing multi-kilometer marches to designated areas, with all types of open and closed communications. In the unified information field and at all levels, the interaction of the military authorities involved in the inspection and their continuous communication with the stationary and auxiliary (field) centers and command posts are organized.

The new equipment allows the military command and control bodies to monitor the situation in real time and promptly transfer commands to enable the units involved in the exercises to achieve effective results.

The report says about practicing military transport aviation, which is used to transport troops over long distances.

From the message press service:
In accordance with the decision of the Supreme Commander-in-Chief of the Armed Forces of the Russian Federation, unions, formations and military units of the Southern Military District, separate units of the Airborne Forces and military transport aviation, as well as the control system of the Central Military District are involved in a sudden verification of combat readiness.

Head of the General Staff of the Armed Forces of the Russian Federation Valery Gerasimov arrived in the Crimea to monitor the progress of a sudden check of the troops of the Southern Military District. The head of the General Staff of the Russian Armed Forces conducted an inspection of the command and control posts of the 31 th air defense division in the course of repelling the air-launched missile strike of a conventional enemy.

From the report to the Chief of the General Staff of the Armed Forces of the Russian Federation, the deputy commander of the 4 Army of the Air Force and Air Defense, Colonel Andrey Novoseletsky:
The calculations of the radio engineering troops conducted continuous radar reconnaissance at a range of over 400 kilometers. The coordinates of the air targets were quickly transferred to the air crews in the air by means of automated control systems. Despite the difficult target situation, the units of the 31st Air Defense Division in cooperation with the forces of the Black Sea fleet and aviation of the 4th Army of the Air Force and Air Defense repelled a massive missile-air strike of airborne assets of a conditional enemy.