We are told a lie about the blockade of Leningrad 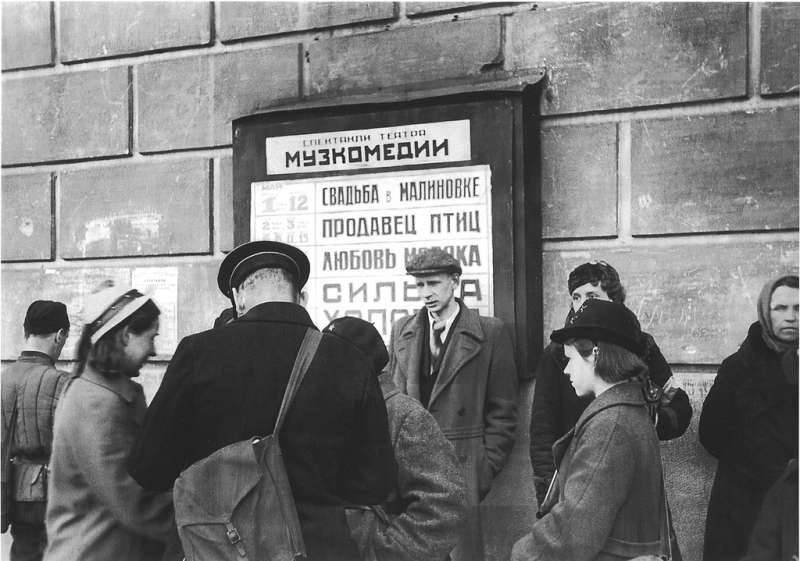 Someone really wants to make the city-concentration camp Leningrad from the hero-city of Leningrad, in which during World War II 1941-1945. supposedly people died of hunger by hundreds of thousands of people.

At first they spoke about 600 of thousands of people who died of starvation and who died in Leningrad during the blockade.

January 27, 2016 at the news The first television channel told us that during the blockade, about 1 million people died of hunger, because supposedly the norms for giving out bread were less than 200 grams per day.

It is impossible not to pay attention to the fact that annually increasing the number of victims of the besieged city, no one bothered to substantiate his sensational statements, which diminish the honor and dignity of the heroic inhabitants of Leningrad.

Consider the false information in order, which on this issue is brought to the citizens of Russia by the media.

The first is not true - this is information about the number of days of the blockade. We are assured that Leningrad was in the blockade of 900 days. In reality, Leningrad was under siege 500 days, namely: from 8 September 1941, from the day the Germans captured Shlisselburg and ceased Leningrad’s land communication with the Great Land, to 18 in January 1943, when the Red Army reconnected drier

2 February 1943, long-distance trains went directly to the city of Leningrad.

The second is not true - this is a statement that Leningrad was in a blockade. In the dictionary of S.I. Ozhegov, the word blockade is interpreted as follows: "... the isolation of a hostile state, a city with the aim of stopping its relations with the outside world." Relationship with the outside world of Leningrad did not stop for a single day. Cargo was delivered to Leningrad around the clock, day and night by a continuous stream by rail and then by road or river transport (depending on the time of the year) along the 25 km via Ladoga Lake.

It supplied not only the city, but the whole Leningrad front weapons, shells, bombs, cartridges, spare parts and food.
Back to the railroad, cars and river vessels returned with people, and since the summer of 1942, with products produced by Leningrad enterprises.

The hero-city of Leningrad, besieged by the enemy, worked, fought, the children went to school, theaters and cinemas worked.

Hero-city Stalingrad was in the position of Leningrad from 23 August 1942, when the Germans in the north managed to break through to the Volga, until 2, February 1943, when the last, northern group of German troops at Stalingrad laid down their arms.

Stalingrad, like Leningrad, was supplied through a water barrier (in this case, the Volga River) by road and water transport. Together with the city, as in Leningrad, the troops of the Stalingrad Front were supplied. As in Leningrad, the cargoes delivered by cars and river vessels took people out of the city. But no one writes and says that Stalingrad 160 days was under siege.

The third is not true - this is not true about the number of people who died of hunger from Leningrad.

The population of Leningrad before the war, in 1939, was 3,1 million. and it worked around 1000 industrial enterprises. By 1941, the population of the city could tentatively be 3,2 million.

Evacuation continued not only in the 1941 year, until the German armies approached, but also the 1942 year. KA Meretskov wrote that even before the spring thaw on Ladoga, more than 300 thousands of tons of all kinds of cargo were delivered to Leningrad and about half a million people who needed care and treatment were taken out. A. M. Vasilevsky confirms the delivery of goods and removal of people at a specified time.

Evacuation continued in the period from June 1942 of the year to January of 1943, and if its rates did not decrease, then it can be assumed that at least 500 thousand more were evacuated over the indicated half a year.

Residents of the city of Leningrad were constantly called into the army, replenishing the ranks of the fighters and commanders of the Leningrad front, dying from the shelling of Leningrad with long-range guns and bombs dropped by the nazis from airplanes, dying of natural death, as they die at all times. The number of residents who died for these reasons, in my opinion, is at least 600 thousand people.

The V.O. encyclopedia of the war indicated that in 1943, in Leningrad, no more than 800 thousand inhabitants remained. The number of deceased residents of Leningrad from hunger, cold, and everyday insecurity could not exceed the difference between one million and nine hundred thousand people, that is, 100 thousand people.
About a hundred thousand people who died of starvation in Leningrad are a colossal number of victims, but this is not enough for the enemies of Russia to declare Joseph Stalin, Soviet power, to be guilty of the death of millions of people, and also to declare that Leningrad was necessary in 1941 year surrender to the enemy.

The conclusion from the conducted study is one: media statements about the death in Leningrad during the blockade from starvation, as one million city residents, and 600 thousand people do not correspond to reality, are untrue.

The development of events speaks of the overestimation by our historians and politicians of the number of people who died of starvation during the blockade.

In the most difficult position to provide food, the inhabitants of the city were in the period from October 1 to December 24 1941. As they say, from October 1, the ration of bread was reduced for the third time - workers and engineers received 400 grams of bread per day, employees, dependents, and children 200 grams. From November 20 (5-e decline), workers received 250 of bread per day. All others - on 125.

9 December 1941, our troops liberated Tikhvin, and from December 25 1941, the standards for the issuance of food products began to increase.

That is, for the entire time of the blockade, it was precisely during the period from November 20 to December 24 that 1941 of the year the norms for issuing food products were so miserable that weak and sick people could die of starvation. During the rest of the time, established nutritional standards could not lead to starvation.

Since February, 1942, the supply of residents of the city with food in sufficient quantity for life has been adjusted and maintained until the blockade was broken.

They supplied food and troops of the Leningrad front, and were supplied normally. Even the liberals do not write about one case of death from starvation in the army that defended besieged Leningrad. The whole front was supplied with weapons, ammunition, uniforms, food.

Supplying food supplies to non-evacuated residents was a “drop in the ocean” compared to the needs of the front, and I am sure that the level of food supply to the city in 1942 did not allow for deaths from starvation.

In the documentary footage, in particular, from the film “Unknown War”, the Leningraders leaving for the front, working in factories and cleaning the streets of the city in the spring of 1942, do not look haggard, like, for example, prisoners of German concentration camps.

In my opinion, the Leningrad residents, who constantly received rations of food products and were not subjected to executions, hijacked to Germany, and harassed by invaders, were in a better position compared to the inhabitants of the Soviet cities occupied by the Germans.

The 1991 Encyclopaedic Dictionary of the Year indicates that about 470 thousands of victims of the blockade and participants of the defense were buried in the Piskaryovsky cemetery.
Not only those who died of starvation, but also the soldiers of the Leningrad front who died during the blockade from wounds in the hospitals of Leningrad, city residents who died from shelling and bombardment, city residents who died natural deaths, and, possibly, died in the Piskaryov cemetery battles military personnel of the Leningrad Front.

And how is it possible for our 1 TV channel to tell the whole country about the almost million people who died of starvation in Leningrad ?!

It is known that during the attack on Leningrad, the siege of the city and the retreat, the Germans had huge losses. But our historians and politicians are silent about them.
Some even write that there was no need to defend the city, but it was necessary to surrender it to the enemy, and then the Leningrad people would avoid starvation, and the soldiers of bloody battles.

And they write and talk about it, knowing that Hitler promised to destroy all the inhabitants of Leningrad.

I think they also understand that the fall of Leningrad would mean the death of a huge number of the population of the northwestern part of the USSR and the loss of an enormous amount of material and cultural values.

In addition, the liberated German and Finnish troops could be deployed near Moscow and to other sectors of the Soviet-German front, which in turn could lead to the victory of Germany and the destruction of the entire population of the European part of the Soviet Union.

Regret that Leningrad was not surrendered to the enemy, can only haters of Russia.

In the photo: Spectators before the performance at the Leningrad Musical Comedy Theater. 01.05.1942

Ctrl Enter
Noticed oshЫbku Highlight text and press. Ctrl + Enter
We are
Father toldLosses of the USSR and Germany in the Second World War
129 comments
Information
Dear reader, to leave comments on the publication, you must to register.