The opening of James Clapper

February 11 2016
31
On Tuesday, at a hearing in Congress, US National Intelligence Director James Klapper presented an annual report on the intelligence services ’assessment of the global challenges to the security of the United States of America. The head of American intelligence reported on the resumption of plutonium production in North Korea. In addition, despite warnings about the inadmissibility of the development of an intercontinental ballistic missile, the DPRK is developing such a missile. 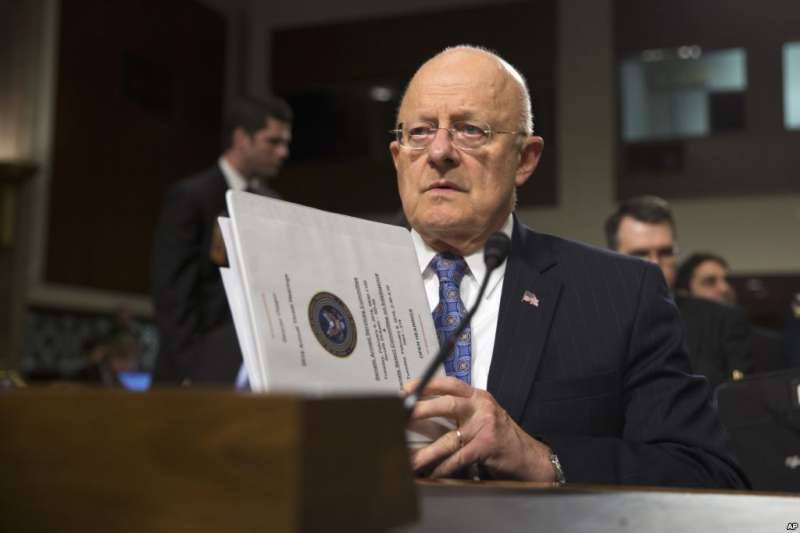 North Korea has resumed operation of the plutonium reactor in Yongbyon and can build up plutonium reserves in a few weeks, reports the statement of the Director of National Intelligence of the USA James Clapper "BBC".

“We believe that North Korea uses the reactor long enough to begin to extract plutonium within a few weeks or months,” said Klapper.

According to Clapper, Pyongyang is also trying to create an intercontinental ballistic missile.

To produce a twenty kiloton nuclear bomb would take four kilograms of plutonium. The BBC recalled that Pyongyang had promised several times to stop work at the nuclear center in Yongbyon, and even destroyed the ventilation cooling tower of the installation in 2008. Earlier, in the 2007 year, in the framework of the agreements reached at the negotiations on the Pyongyang nuclear program with the participation of two Koreas, China, Russia, the USA and Japan, the 5 MW reactor was stopped.

The situation changed in March 2013: after the cooling of relations with Washington and the introduction of new UN sanctions, the DPRK authorities promised to launch the reactor.

The North Korean government, let us add, in some cases, the words are not the wind that does not throw. After waiting two and a half years, in September, the DPRK's 2015 power was launched.

The director of the atomic energy institute of the DPRK stated that all the nuclear facilities in Yongbyon, including the uranium enrichment plant and the five-megawatt graphite reactor, were rebuilt, modernized and now put into operation.

A North Korean official also said that Pyongyang’s creation of a nuclear weapons - a forced measure in the conditions of the hostile policy pursued by the United States: "If the United States and other hostile forces continue their reckless hostile policies towards the DPRK and behave maliciously, the DPRK will be completely ready to deal with them by using nuclear weapons."

Apparently, “hostile forces” pursuing a “hostile policy” are at risk of running into a “reprisal” soon, because, according to the experts to whom Utro.ru, to get 4 kg of plutonium, the nuclear reactor in Yongbyon needs to work for a year. If the plant operates with an estimated capacity, then in September 2016, the North Korean army will receive the required amount of radioactive substance.

As for the manufacture of an intercontinental ballistic missile that could carry a nuclear charge to the other end of the world, then, “Morning”, the DPRK has repeatedly conducted in recent years, tests of missiles of various classes, veiled by launches of space satellites. Interestingly, the message about the restarting of the plutonium reactor coincided with another such launch: February 7 Pyongyang announced the launch of a carrier rocket with an artificial Earth satellite "Quanmenson-4", supposedly to collect data on the state of farmland.

The Pentagon claims that this satellite has an unstable orbit, randomly tumbling into near-Earth space. Specialists of the Russian rocket and technical industry note that the device does not transmit signals. How to explain it? The satellite was either damaged during takeoff, or it is not a vehicle, but a full-size model. “If the latter is true,” writes “Morning,” then it is absolutely obvious that it was launched into space to avert the eyes, and the true purpose of the launch is to test the rocket. ”

US intelligence comes from the fact that the test explosion made by the DPRK 6 in January 2016, according to its power, could not be thermonuclear, according to James Klapper.

"We believe that North Korea conducted a nuclear explosion on January 6," Clapper quotes TASS. - She herself claims that it was a successful test of a hydrogen bomb. But, although we continue to evaluate what has happened, the low power of the explosion is incompatible with the successful testing of a thermonuclear device. ”

Together with Klapper, indicates TASS, the director of the CIA of the USA John Brennan participated in the hearings. He appreciated the intentions of the leader of the DPRK.

“In my opinion, it’s quite obvious that Kim Jong-un is trying to demonstrate to the world that he has a certain potential, both in terms of explosions and in intercontinental ballistic missiles,” Brennan said. “He wants to show all this visually, both in order to demonstrate his strength, and in order to facilitate the marketing of some of his distribution capabilities.” According to the director of the CIA, all this is alarming for the US intelligence community. Therefore, the DPRK is a "priority area for gathering information."

Recall that in January of this year in the DPRK, as it is supposed, a hydrogen bomb was tested. The experts either considered this test to be a failure, or were inclined to believe that Pyongyang would test a “normal” nuclear bomb, issued as a hydrogen bomb.

In addition, in February, the DPRK launched a long-range strategic missile.

The development of the nuclear and missile programs of Kim Jong-un has led to the intentions of Japan, South Korea and the United States to work on the introduction of new, particularly strong, sanctions against North Korea that violated the UN sanctions regime.

Observed and commented on Oleg Chuvakin
- especially for topwar.ru
Ctrl Enter
Noticed a mistake Highlight text and press. Ctrl + Enter
We are
DPRK defense potential in Google Earth imagesSpring aggravation at Kim Jong-un
31 comment
Information
Dear reader, to leave comments on the publication, you must to register.