February 11 2016
34
Outstanding place in stories Russian Far Eastern expeditions are sailing on the ships of the Russian-American company to the shores of Sakhalin and the Kuril Islands, Russian officers fleet Nikolai Alexandrovich Khvostov and Gabriel Ivanovich Davydov. They sailed twice to Russian America, made a description of the islands of Alaid, Paramushir, Makanrushi, Onekotan and the straits between them, life and customs of the Ainu. These brave naval officers and friends were then 26 and 18 years old respectively. Admiral A. Shishkov wrote about his friends: "The light of heaven and the darkness of hell are not so different from each other." If it were not for the stupid grimace of fate, which later on kept friends in the prime of life, then, undoubtedly, one day they would have been the glory of the Russian fleet, although what fell on their lot for a short life would bring them fame and memory of their descendants. For their courage in the war with the Swedes in 1808 in the Baltic, both were presented for awards: Khvostov - to the Order of St. 4th degree George, Davydov - to the Order of sv. Vladimir 4 degree. 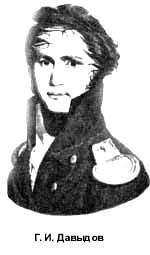 Unfortunately, the portrait of N.A. Tail history has not left us. The great Russian poet of Tatar origin G.R. Derzhavin wrote in the poem "In memory of Davydov and Khvostov":

"... Life is our life eternal
There is a spark, il jet;
But so it lasts forever,
Kohl blessing pours
For good deeds ...
... tails! Davydov! Be
Always glorious and you.
Between us is your memory
Like a buzz, will not pass in an instant.
Though fateful wayward
You sit down and could not
On the chariot of happiness.
But your adventures are sound,
Spirit of Cooks and Nelsons
And Newton's mind is stellar,
As Alexandrov century,
The Russians will not forget. ”

So, in 1806, the trustee of the Russian-American company and diplomat N.P. Rezanov received information about the penetration of the Japanese to South Sakhalin and the islands of Kunashir and Iturup. He instructed N. A. Khvostov (commander of the Yunon vessel) and G. I. Davydov (commander of the Avos tender) to drive the invaders away from the Russian lands, destroy the Japanese ships there and capture the suitable Japanese workers. The Japanese who were not capable of labor should be allowed to move to Hokkaido, "having said that they would never visit Sakhalin as a Russian possession, as they would come for bargaining." In the case of disembarking, Russian sailors were supposed to “caress” the Sakhalin Ainu, give them cloths, dresses and other things, and the Ainu foremen would hand over the medals. Japanese stores were burned, taking all the goods from there. 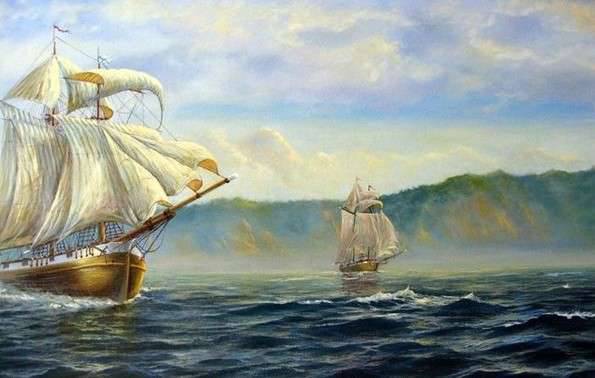 October 6 1806 of the Year "Juno" anchored in Aniva Bay. The next day, part of the crew landed on the beach and visited the Ainu village, October 8 N.A. Khvostov proclaimed Sakhalin possession of Russia. Here is how the commander of the "Juno" describes this ceremony: "At 8, after midnight, I, Lieutenant Karpinsky and ship apprentice Korekin, went to the same village. Going up to the coast, they raised the military on the boat and the flags on the boat; Good Ainu met the court in a greater number and knelt when we went ashore, tried to explain with some words that we were Russians and their friends, I ordered to put a flagpole on the bank, on which both flags were raised, and commercial. Pointing to the ship, bestowed se, with handkerchiefs and various trifles, on the toena, or the village foreman, put on the best hood and medal on the Vladimir ribbon with a threefold shot from six rifles, from the ship to each volley responsibly from one cannon, it should be noted that gunfire did not fire on the slightest fear, but when they saw the fire and the sound of guns, they were horrified and bowed their heads. At the medal, he was given a sheet that says "1806 of the year of October _ of the day." The Russian frigate "Yunona" under the command of the fleet of Lieutenant Khvostov, in the sign of accepting Sakhalin Island and the inhabitants thereof, under the gracious patronage of Russian Emperor Alexander I, the head of the village lying on the eastern side of the Aniva Bay, was granted silver medal on the Vladimir ribbon. Any other ship, both Russian and foreign, we ask the foreman to recognize the Russian subject. "After that, the Russian sailors destroyed all the Japanese stores and trading posts they found on the Aniva Bay, captured four Japanese. The goods in the Japanese warehouses were partially captured (total on Yunon was shipped up to 1000 pounds of rice, up to 100 pounds of salt, as well as seine, dishes, other items), partially, at the suggestion of NA Khvostova, looted by Ainu. Then all Japanese buildings and supplies The oew forest was burned. On October 16 "Juno" left Aniva Bay. 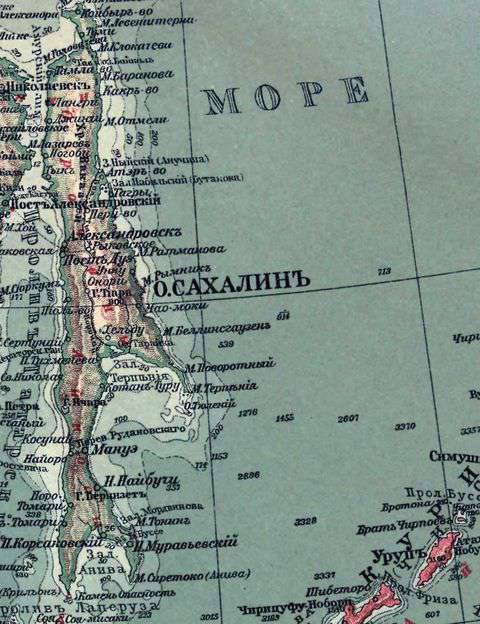 In 1807, N. A. Khvostov and G. I. Davydov were ordered to go to the Kuril Islands in order to expel the Japanese from there, who destroyed Russian government signs there, oppressed Russian subjects. The Russian sailors who landed on Iturup are headed by officers. N. A. Khvostov and G. I. Davydov defeated the Japanese garrison in 300 people, restored Russian state signs on this and other southern islands of the Kuril Ridge.

Anton Pavlovich Chekhov wrote in his book “Sakhalin Island”: “In 1806, in the year of Khvostov's exploits, on the bank of Aniva there was only one Japanese village, and the buildings in it were all new boards, so it was obvious that the Japanese settled here very much recently ... In all likelihood, these first Japanese colonists were fugitive criminals or who had been in a foreign land and for this were expelled from the fatherland. "

And it could not be otherwise, since the imperial law prohibiting everyone from leaving, under the threat of the death penalty, outside Japan, in these years, as in previous centuries, was still in force. Japan's self-isolation lasted from 1639 to 1868 a year.

Japan’s Foreign Minister, Takeo Miki, wrote the following on 1967 on this issue: “Japan has been divorced from the whole world for two and a half centuries. And only 1868 ended the policy of self-isolation ... The shogunate (military government) of Japan and the goal of preserving the integrity of the social political structure in 1639 actually closed the doors of Japan to the outside world ... The shogunate, fearing that going Christian has the same hidden power as a gunshot weapon, which the Europeans carried with them, declared Christianity outlaw, banned all foreigners from entering the country. An exception was made for a small handful of Dutch and Chinese merchants ... And only in 1868, when the feudal system of the Tokugawa shogunate collapsed, were the doors of Japan open. A Japanese geographer and historian Hayashi (Rin Shekheya) wrote in his essay “A Review of the Three Kingdoms” in 1786 that “there is no person in Japan who could see everything in detail (on Sakhalin) with his own eyes”. And he himself was convinced that Karafuto (Sakhalin) is nothing other than the cape of Asia. According to other sources, the Japanese considered Sakhalin a "Manzhursky island." 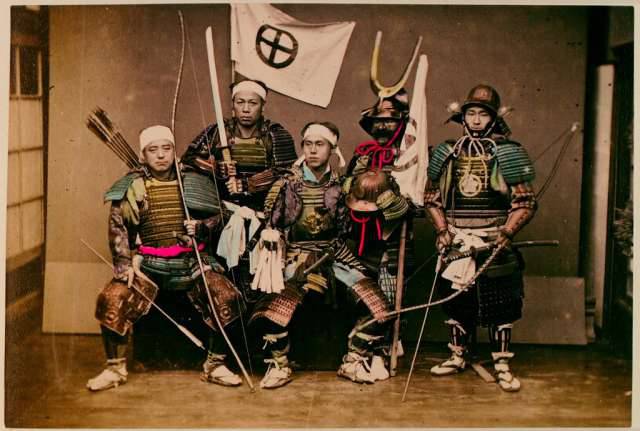 Nevertheless, already in 1808, a Japanese garrison appeared in Iturup and Kunashir in 1000 of Japanese soldiers. And in 1811, Kunashir was captured and spent there two years by a brave sailor, geographer and writer Vasily Mikhailovich Golovnin. In the new privileges granted to 13 of September 1821 of the Russian-American company by Emperor Alexander I, the southern cape of the island of Urup was named the extreme possession of the empire in the Kuril Islands. It is believed that this turn of events was the result of the arbitrary actions of Lieutenant N. A. Khvostov and midshipman G. I. Davydov. As we can see, from the very beginning, Russian-Japanese relations left much to be desired.

In 1846, an expedition led by Captain Gavrilov was sent to explore the mouth of the Amur. However, this expedition did not find the fairway of Amur and could not establish the island position of Sakhalin. Reporting to the tsar on the results of the expedition of Gavrilov, Chancellor Nesselrode wrote: "... The mouth of the Amur was inaccessible to seagoing ships ... Sakhalin is a peninsula." Nicholas I, having familiarized himself with the findings of the report, decided: “The question of Amur, as a useless river, to leave ...”

In 1848, Gennady Nevelskoy was appointed the captain of the Baikal transport, who, without the permission of the government, took full responsibility, examined the fairway of Amur in 1849 and found that its mouth was accessible to sea-going vessels. Between Cape Lazarev on the mainland and Cape Pogibi on Sakhalin was opened the strait, named after him. “Sakhalin is an island, the entrance to the estuary and the Amur River is possible for ships from the north and south. The age-old fallacy is positively dispersed, the truth is revealed! ”However, official St. Petersburg met this news coldly, with distrust.

A little back in the past. Here is what reported I.F. Krusenstern in 1805 year: “... In keeping with this, they continued to unfairly depict Sakhalin on the maps as an island, and to call the channel between this and the old coast the Tataria Strait. The tests we carried out on 100 miles to the north now leave no doubt that Sakhalin is a peninsula connecting the Isthmus with Tataria "(Krusenstern I.F. Journey around the world in 1803, 1804, 1805 and 1806 on the Nadezhda and Neve. Moscow: Geografiz, 1950. C. 206. Note that the campaign took place at the beginning of the 19 century. Thus, we see that even at that time, the name “Great Tataria” on the maps was relevant, just as when the great French navigator Jean-François de Gallo, the comte de Laperouse opened the strait in 1787 (wrongly, the bay) between Sakhalin and the mainland, called him Tatarsky, because he knew about this country. Yes, and the Sea of ​​Japan used to be called the Tatars, while his I.F. Krusenstern in the 1805 year is not renamed. By the way, in the same year I.F. Krusenstern gave the official name of the island - Sakhalin. 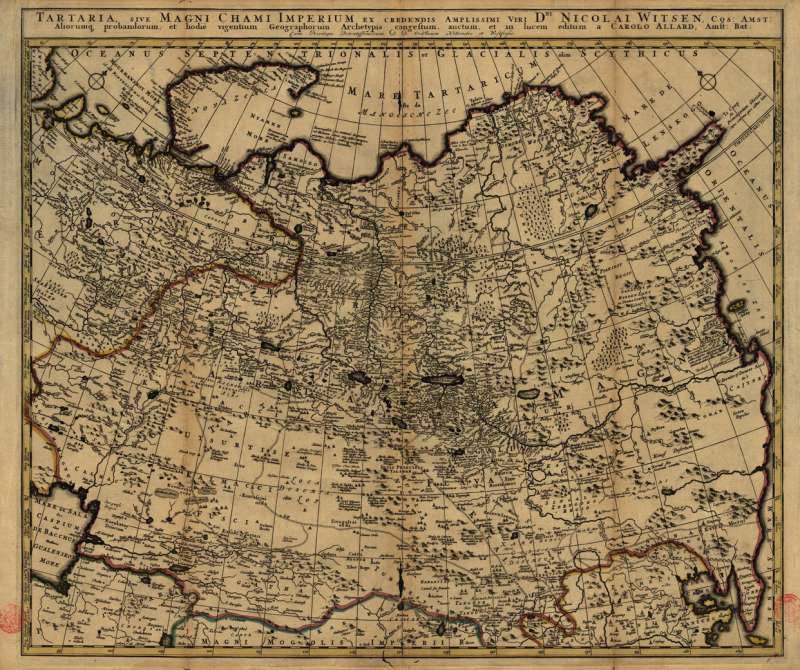 However, we will continue. For unauthorized actions of G.I. Nevelskoy was demoted to sailors. But later the king was forced to cancel this decision and appoint Nevelsky as the leader of the Amur expedition. Its participants are officers N.K. Boshnyak, D.I. Orlov, N.V. Rudanovsky and others did a great job of researching and developing Sakhalin. At this time, American, British, Japanese and French ships began to appear more and more often off the coast of Primorye. The danger of the seizure of these Russian lands by other countries was growing. “I had to and still will,” wrote G.I. Nevelskoy is one of two things: either, acting according to the instructions, to lose forever for Russia such important territories as the Amur and Priouri Sura regions, or to act independently, adjusting to local circumstances and disagreeing with the instructions given to me. I chose the latter. ” In 1853, the year D.I. Orlov, at the direction of Nevelsky, founded the first Russian military post, Ilinsky, on Sakhalin. Today it is called the village of Ilinsky. This post became the base for many subsequent expeditions. In the same year G.I. Nevelskoy founded a military post on the shores of Aniva Bay and called it Muravievsky. Today it is the glorious city of Korsakov. The expedition of Gennady Nevelskoy made an invaluable contribution to the development of the Far East, defended and secured Russia's rights to the Amur, Primorye and Sakhalin. This provided for Russia access to the sea at its eastern borders.

Ctrl Enter
Noticed oshЫbku Highlight text and press. Ctrl + Enter
We are
How Finland became Russian. Failures and victories of the Russian-Swedish war 1808-1809On the sale of Russian Colony Fort Ross in California
34 comments
Information
Dear reader, to leave comments on the publication, you must to register.