February 2 2016
293
In the first article about stories The military affairs of the peoples of the Apennine Peninsula dealt with the Samnites, since the author thought that their influence on the military affairs of Rome was more significant. It is clear that I had to touch upon the Etruscans, about whose military organization in the same Wikipedia only two proposals were given. But ... everything happened as it should have happened: there were immediately “experts” who absolutely knew that the Etruscans were the ancestors of the Russians (Slavs), and so it went. And although there are few such people on this site, fortunately, they are. And this is already on the ship: if there is a small “hole” in the casing, then wait for a big leak. It is necessary to patch, until it began. Therefore, apparently, it makes sense to return to the subject of the Etruscans and see who they are, from where, and further study their military history, weapon and armor. 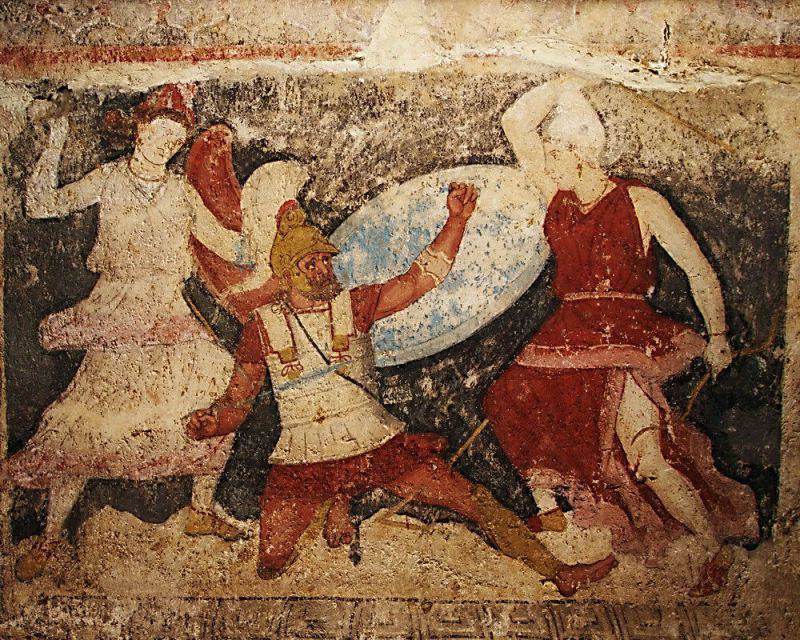 Warrior and Amazons - wall paintings from Targinia, 370 - 360 BC. Archaeological Museum of Florence.

Herodot wrote about where they came to the Apennine peninsula, who wrote that the Etruscans were from Lydia, territories in Asia Minor, and that their name was Tyrrhenes or Tyrsens, and the Romans called them tusks (hence Tuscany). For a long time, it was believed that the Villanova culture is their culture, but now it is more associated with other local people, the Italians. However, after deciphering the Lydian inscriptions, this point of view was criticized, as it turned out that their language has nothing to do with Etruscan. The modern point of view is this: the Etruscans are not Lydians as such, but even more ancient, pre-Indo-European people of the western part of Asia Minor, belonging to the "peoples of the sea". And it is very possible that the ancient Roman myth about Aeneas, the leader of the beaten Trojans, who moved to Italy after the fall of Troy, was connected with them. For some reason, the data of archeology today is not convincingly enough of a large number of people: “they are all fakes buried in the ground” - they argue, although it is completely incomprehensible what these “digging” can have (or had) a goal. In general, it turns out that the goal is the same: “offend Russia”. However, the purpose of this “event” is again incomprehensible. Before the 1917 revolution, Russia was an empire whose rulers were very closely related to the ruling houses of Europe. That is, there was no point in this. After the revolution, at first no one took it seriously, that is, why offend and so offended and bury money in the ground? But when we really started to imagine something, then it was already too late to bury something - the achievements of science allow us to recognize any fake.

And it was precisely this science that gave us the most important proof that Herodotus and the archaeologists were right. It can be considered proven that the ancient Etruscans moved to Italy from Asia Minor, where they lived on the territory of modern Turkey. Comparing the genetic data of the inhabitants of the Tuscan region (ancient Etruria) with the data of citizens from Turkey, scientists of the University of Turin concluded that they are obvious similarities. That is, on the Asia Minor origin of the ancient inhabitants of the Apennine Peninsula, which Herodot reported, it is true! The DNA of the inhabitants of the Tuscan Valley of Casentino and the cities of Volterra and Murlo were studied. Donors of genetic material were men from families who lived in the area for at least three generations and whose names are unique for this region. Game chromosomes (which are transmitted from father to son) were compared with several chromosomes of people from other parts of Italy, from the Balkans, Turkey and also the island of Lemnos in the Aegean Sea. Matches with genetic patterns from the East turned out to be more than from Italy. Well, the residents of Murlo was discovered a genetic variant, which is found only in general among residents of Turkey. Here, as they say - everything, nothing more to argue about. 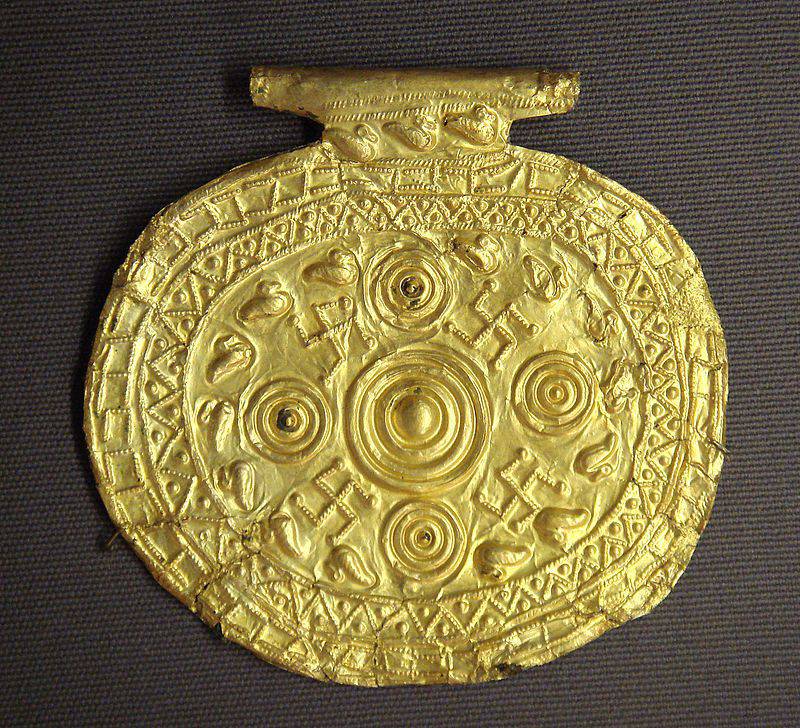 True, there is still linguistics, but it cannot yet give an exhaustive answer to the question of the origin of the Etruscan language. Although more than 7000 Etruscan inscriptions are known, his relationship with any family of languages ​​has not been established. Well, that's not installed and that's it! And even by researchers from the USSR. But if the Etruscans came from Asia Minor and are the ancestors of the Lydians, then their language should belong to the extinct Hetto-Luvian (Anatolian) group of Indo-European languages. Although the data on its Indo-European origin is not convincing enough. 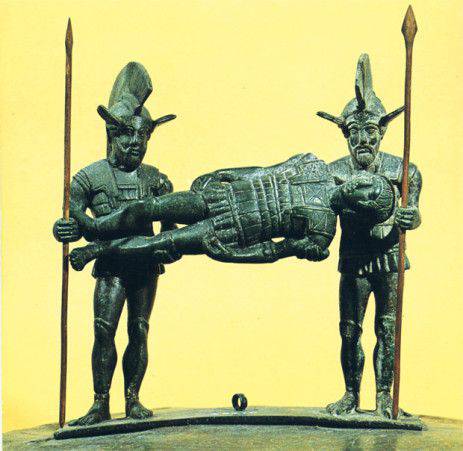 And here the final answer to these disputes was given ... cows! A study of the mitochondrial DNA of cows from Tuscany, conducted by a group of geneticists led by Marco Pellecchia from the Catholic University of Sacred Heart in Piacenza, showed that their distant ancestors have cows from Asia Minor as their direct relatives! At the same time, animals from all regions of Italy were studied. And it turned out that about 60% of the mitochondrial DNA of cows from Tuscany are identical to the mitochondrial DNA of cows from the Middle East and Asia Minor, that is, in the homeland of the legendary Etruscans. At the same time, this study did not establish a relationship between Tuscan cows and cattle from the north and south of Italy. Well, since cows are domestic animals, because they do not fly, swim or migrate in herds, it becomes clear that they could only go from one part of the Mediterranean to the other by sea on ships. And who at that time could have sailed around the Mediterranean on ships and "inherited" in this way with his and "bestial" genes? Only the "peoples of the sea", first settled in Sardinia, and then on the mainland. By the way, the ancient tribal name of the Etruscans "Tursh" or "Turush" is also known from the Egyptian monuments of the era of Ramses II - that is, the time when he was at war with the "peoples of the sea".

Well, then they just assimilated. They did not leave Italy, according to some Slavophiles, in order to become the ancestors of the Slavs, namely, they assimilated. Otherwise ... we would not have found their genes on its territory today. For this, it takes a very long time ... to copulate in order to "inherit" so well. Yes, and they would also have stolen cattle, because at that time it was a great value. But no: both people and cattle - all that remained in Italy. This means that no Etruscans are not Russians, and our ancestors have never been! 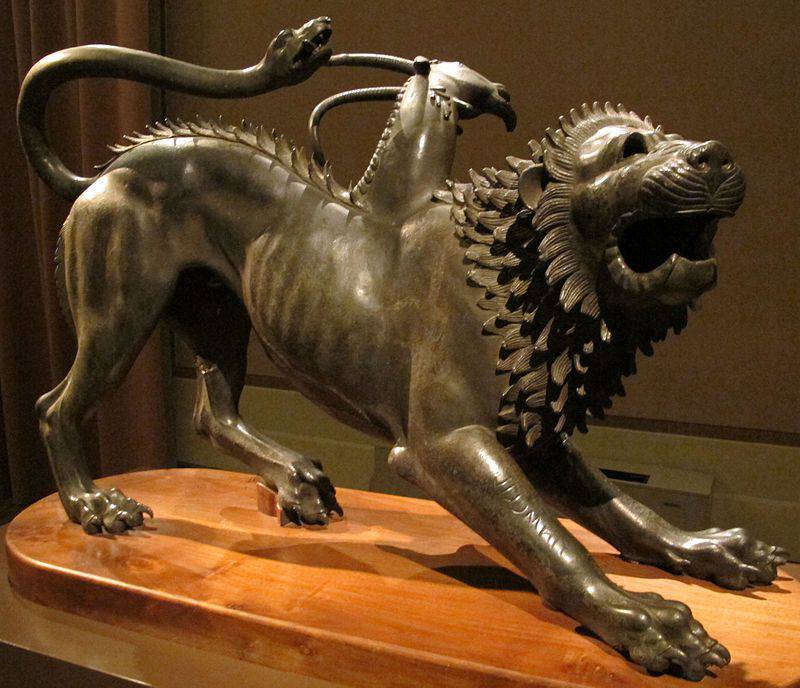 Now culture. Its characteristic features, be it spiritual culture or material, never completely disappear when they are relocated. This is especially true of religion. It is known that the Etruscans believed in the afterlife of the deceased and, like the Egyptians, tried to provide him “in the next world” with all necessary. As a result, the Etruscans built tombs for them so that they resemble the deceased of his native home and fill them with utensils and furniture. The dead were cremated, and the ashes were placed in a special urn. Famous and beautiful sculptural sarcophagi. 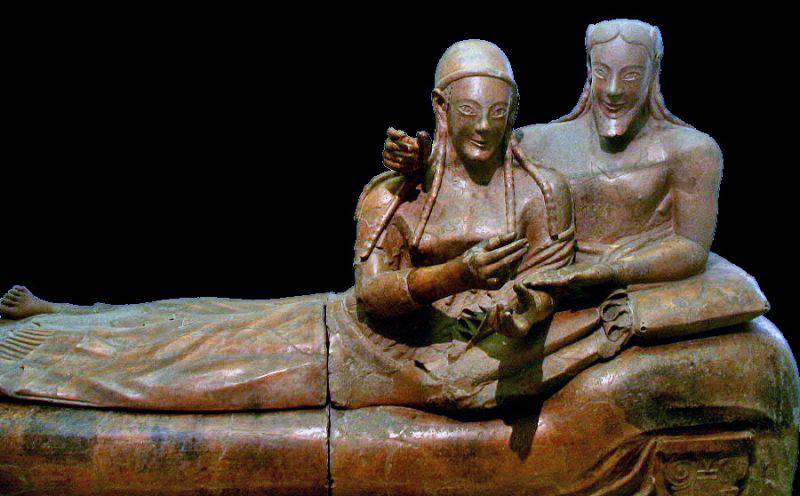 Personal belongings and jewelry, clothing, weapons and various household items were subject to burial along with an urn, that is, there was persistent faith in the soul of a person with a body that was not related! On the walls of the tombs painted such pleasant scenes in all respects as peers, sports games and dances. Memorial games, battles of gladiators, sacrifices to the dead - all this was supposed to ease their fate in the "other world". In this, the Etruscan religion was very different from the ideas of the Greeks, for whom the tomb was just a tomb, a place for a dead body, but nothing more!

The main Etruscan deities were Turan, the goddess of love, Tumus, an analogue of the Greek god Hermes, Seflans, the god of fire, Fufluns, the god of wine, Laran, the god of war, Fean, the goddess of dawn, Voltumna, Nortia, Lara, and the gods of death, Kalu, Kulsu, Leion and etc. The Etruscans wrote down their religious views in sacred books, and the Romans later translated them and learned a lot of interesting things, in particular, about fortune telling about the insides of animals, celestial signs and various rituals with which to "act" on the gods. 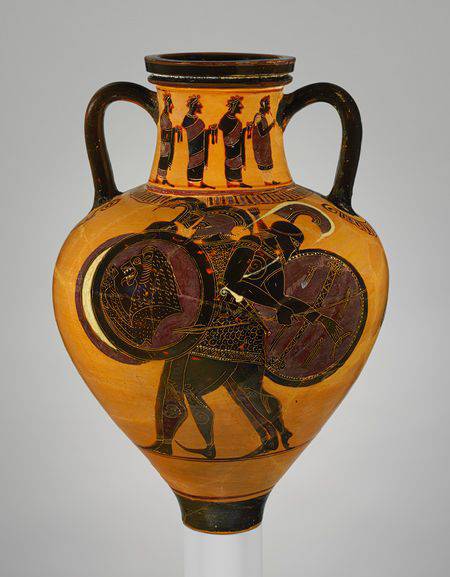 Like many ancient societies, the Etruscans conducted military campaigns during the summer months; they raided the neighboring districts, attempted to seize land, valuable goods and slaves. The latter could be sacrificed on the graves of the departed to honor their memory, in the same way as Achilles tried to honor the memory of the murdered Patroclus. 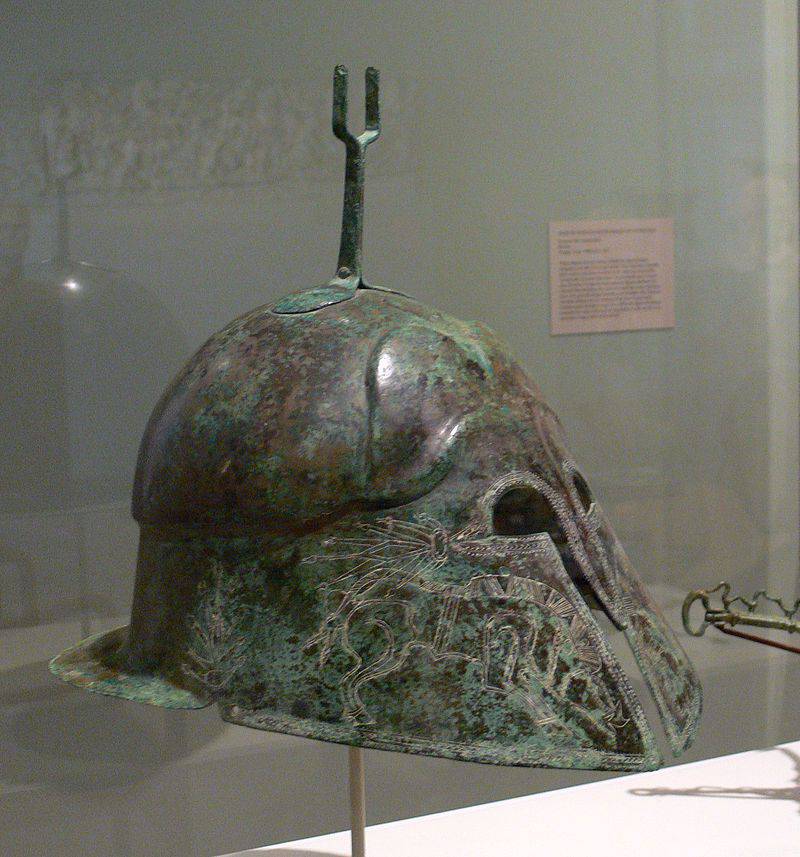 The written monuments of the Etruscan period are fragmented, but they also give reason to believe that the Etruscans competed with the early Romans for supremacy in central Italy for almost two centuries (c.700 BC - 500 BC), but the first of the neighboring cultures of Rome began to succumb to Roman expansion. 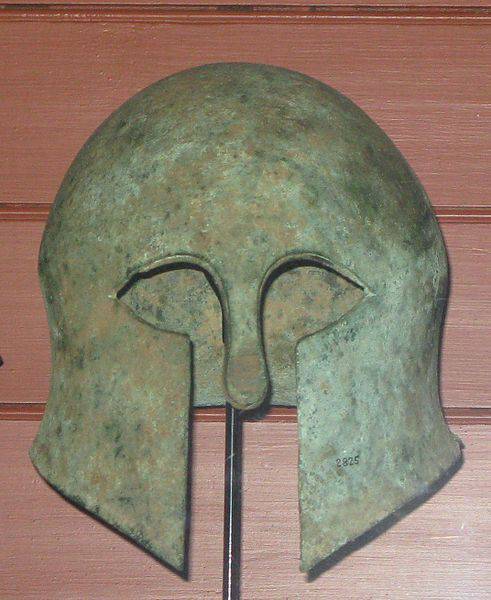 Etruscan helmet from the British Museum.

Ctrl Enter
Noticed oshЫbku Highlight text and press. Ctrl + Enter
We are
“White” and “colored” armor ... (part one)Etruscans vs Romans (part 2)
293 comments
Information
Dear reader, to leave comments on the publication, you must to register.