Armored car "Barys" can replenish the arsenal of the Kazakh army

January 25 2016
69
The Armed Forces of Kazakhstan may soon receive new armored vehicles of domestic production "Barys", reports MIC with reference to the Ministry of Defense of the Republic. 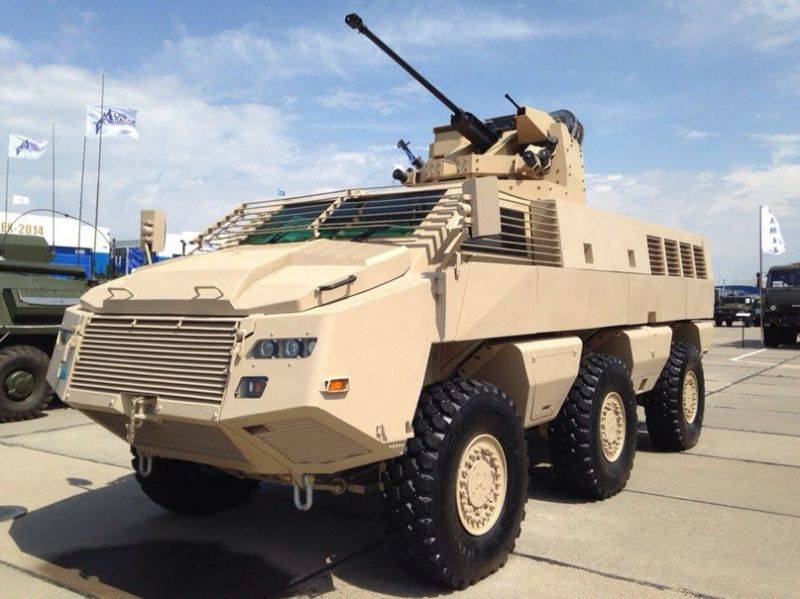 It is noted that the armored car “weighing tons in 22,5 is mobile and, depending on the tires, can reach speeds of up to 110 km / h. The machine can be used as an armored personnel carrier, or as a highly efficient BMP when installing a combat module with an automatic gun with a twin machine gun. "