Israel struck an air strike at the Hamas training base

January 25 2016
77
Israeli media reported that the Israeli Air Force launched an airstrike on the training facility of the Hamas armed wing, located in the Gaza Strip. The official Israeli authorities issued a statement saying that an Israeli air force airstrike was launched as a response to the rocket attack on the southern territories of Israel from the Palestinian territories - from the Gaza region. Immediately, several Israeli units were alerted after a rocket attack on southern Israel. 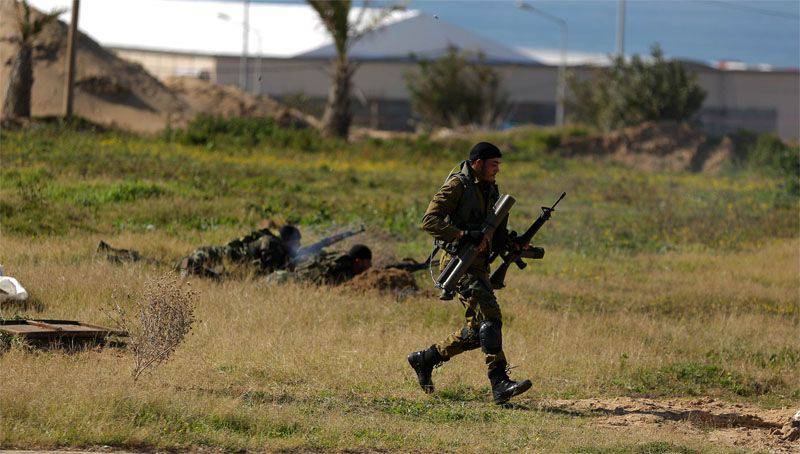 It is known that on the territory of Israel one missile was fired. It is noted that as a result of rocket fire no one was hurt. No casualties were reported as a result of the Israeli retaliatory strike against the Gaza Strip.

RIA News cites a fragment of a statement by the official representative of the Israeli armed forces, Peter Lerner:
Last night, families in the south of Israel were forced to re-hide in shelters, fleeing from the radical Islamic terror from the Gaza Strip. Hamas is responsible for all attacks from there.

The report says that an ambush was fired from a firearm. weapons on the car with Israeli numbers near the Jewish settlement Dolev. As a result of the shooting, there are also no casualties.

Ctrl Enter
Noticed oshЫbku Highlight text and press. Ctrl + Enter
We are
Reports from the militia of New Russia for 13-14 September 2014 of the year
77 comments
Information
Dear reader, to leave comments on the publication, you must to register.