We have forgiven the Germans, but not the Russians. Why?! 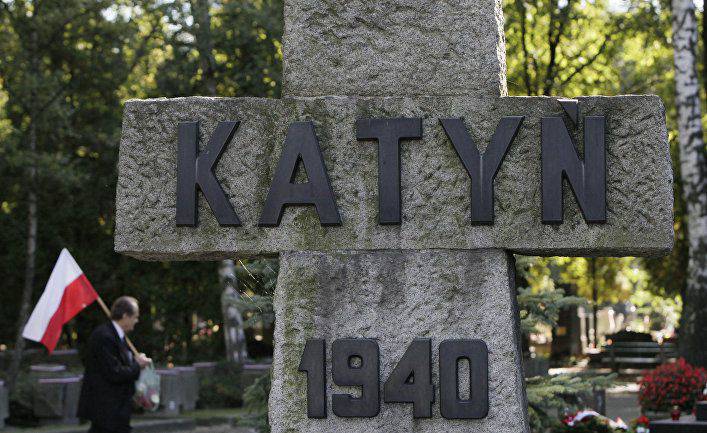 Also on Polish territory, only in Auschwitz, the Germans brutally tortured, killed and gassed at least 1,5 a million people, including women and children (most likely there were more). I think, rather, I want to believe that the Germans apologized for their crimes too. But is it possible to excuse such horrors as the first and second ?! Okay. Compared with the crime of Russian Germans have done in Auschwitz alone in 100 times big atrocious and terrifying crimes !!!

We forgave the Germans for this (we are Czechs and Poles), but not for the Russians. And I ask WHY? !!

On our own Czechoslovak territory, the Germans committed crimes and brutal terror in order to completely destroy the Czech, and even the Slovak, peoples by moving people far to the east, killing and “re-educating” (but this is only in the case of several “suitable” individuals). In addition to other atrocities and terror committed by the Germans against our people, they burned and razed Lidice, Lezhaki, Yavorichko. The defenseless, innocent inhabitants of these villages were either shot or forcibly sent to concentration camps for a sure, albeit somewhat delayed, death! Including women and children! The Germans killed, executed and cruelly torn to pieces in the concentration camps over 320 thousands of Czechoslovak citizens! And we, the Czechs, have forgiven the Germans !!!

And the Russians, our only old, best and real friends, Slavic brothers, allies and defenders, for bringing peace and freedom to us and saving the Czech and Slovak peoples from the planned, but not carried out by the Germans, genocide. thinking, they sacrificed their own lives, for the fact that more than 160 thousands died for our freedom in Czechoslovakia, we scold and blame? !! Are the Czechs really such scoundrels? !! Ungrateful, not worthy of good nihilists who do not know what gratitude, respect, admiration for the savior and faith in him, what is long-standing and even stronger friendship, sealed with blood? If yes, then be a Czech - shame and a curse !!!

If not, then let us be friends of Russia, let's restore our friendship with Russia, which was betrayed by our own policies, which we dismembered against the will of the popular majority, and which we replaced with a fake self-destructive alliance with the US criminal. Let's help Russia, and it will return us all a hundredfold! I WANT a radical change in the foreign policy orientation of the Czech Republic. And certainly NOT to the West, which has always disappointed and betrayed, NOT to Brussels, NOT to Berlin, NOT to London, NOT to Paris! And certainly not on the USA !!! For the freedom of the Chechen Republic, friendship and full cooperation in all areas (military and defense too) with fraternal Slavic RUSSIA, as well as with all the BRICS countries, should play a decisive role! Russia is the only guarantee of our secure future, Russia is the only strong ally and defender of the Slavic peoples, Russia is the guarantee that the Czech people will survive.

With Germany and other "WESTERN" countries that have always betrayed us (France, Great Britain), and which we do not care at all: for them we are a subordinate and unequal people. We are false, hypocritical and forced to fraternize and "friends" in the common snake's nest, and the one who has always supported us, defended and helped us, not only in words, but also actions, we reprove, scold and turn back to them! How freaking it is!

Since I am not a scoundrel and not a nihilist, because I have my own pride and honor, I know historyI have my unchanging faith and convictions, and certainly not a “chameleon”, I remember a lot, I have sincere gratitude, admiration and respect for the Russian people, for the Russian Federation, for Russian President Vladimir Putin, I openly declare that if a political a party that proudly, publicly and directly will call for an alliance, friendship and cooperation with the Russian Federation, I will immediately become happy to become a member of this party. Truth cannot be hidden, and history cannot be falsified forever.

On Polish territory in Katyn, the Russians committed a crime by shooting 15 thousands of Polish prisoners of war. Also on Polish territory, only in Auschwitz, the Germans brutally tortured, killed and gassed at least 1,5 a million people, including women and children. To the Germans, we — the Czechs and the Poles — have forgiven this, but not the Russians. And I ask - why ?!

Ctrl Enter
Noticed oshЫbku Highlight text and press. Ctrl + Enter
We are
Results of the week. "Whose will you be?" Whose serf, I ask? "Weak floor in a strong army
307 comments
Information
Dear reader, to leave comments on the publication, you must to register.