You are here - a caliph for an hour, Mr. Erdogan 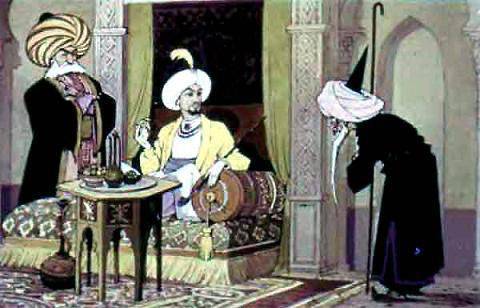 “You are here - a caliph for an hour, Mr. Zemsky man!” - these are the words of the leader of the nobility in one of the novels of the writer N. Leskov. In his last hour, the Turkish leader can take advantage of the only chance to rise from the ashes of his own mistakes - to give the Kurds autonomy. It is known that the Kurdish issue is the most acute for Turkey, the most destabilizing factor for the Turkish top managers, a real “Achilles heel” for T. Erdogan, which undermines not only the internal composition of the country, but also weakens ties with world partners. It would seem that Kurdish autonomy in Turkey will only aggravate the situation and destroy the territorial integrity of the republic, however, it is important to be pragmatic.


What pays Tayyip Erdogan for the war with the Kurds?

Financial expenses. It is important to say that the budget that goes into armed struggle is the largest item of expenditure for any state. The Kurdish-Turkish armed conflict has already lasted for 32 of the year - a rather big term, the costs are global. Forbes calls the number to half a trillion dollars. It should be noted that this figure includes the costs of fighting all types of terrorism in Turkey, with all factions, but given that the Turkish authorities consider Kurds to be the first "terrorists", it is not hard to guess that these resources were purposefully spent on armed struggle against the Kurds. Turkey is more rational to spend the country's budget on the improvement and well-being of the civilian population. According to the indicators of the Better Life Index, Turkey has data below the average level (especially, experts note low indicators in terms of health, social relations, education and professional skills, work and wages, housing conditions). It must be said that distressed areas, mostly populated by Kurds. Poor livelihoods, lack of political freedoms and the right to freedom of speech, repression and murder - all this leads to even greater discontent on the part of the Kurds, more aggravation of the conflict, and even greater migration to Europe. According to the EU agreement with Turkey, in exchange for the allocation of 3 billion dollars for the maintenance of Syrian refugees, the Turkish authorities had to restrain the human flow on its territory. However, the obligations were not only not fulfilled, but also led to an even greater migration of Kurds to Germany due to massive harassment and bloodshed by the authorities.

Closely related to financial costs, the demographic criterion, namely the high birth rate among the Kurdish population, is the second argument. According to experts, this criterion can be a decisive argument in providing autonomy to the Kurds. According to the latest Turkish Statistical Institute population survey in the west of the country, the birth rate is much lower than 2,1, which is necessary for the reproduction of the nation. The number of births in southeast Turkey (just the territory of Turkish Kurdistan) is much higher. Accordingly, the Kurdish minority in Turkey is growing, while the rest of the country is not, which means the Kurds partly stabilize and determine the demographic situation in the country. By the way, 30% of the territory of Turkey is inhabited by Kurds and are historical territories of Kurdistan.

Human resources are the most important argument. This is not money from the budget that can be replenished, this is not weapon, which can be obtained from Western partners in NATO, is the lives of hundreds of Kurds and as many mutilated fates and families. 2015 people died from terrorist attacks in Turkey in 159, about 600 were injured. Turkish agency News Anatolia reports that in August 2015, Turkish Air Force attacks on the position of the “Kurdistan Workers Party” claimed the lives of almost 400 Kurds. For January 12 and 13, 2016, 15 people have already died. In total, at least 32 thousand people died during the 40-year-old conflict. And these are just some of the data. The escalation continues. The essence of the new round of clashes is that the authorities want to stop any possible initiative of the Kurds to take advantage of the geopolitical weakness of modern Turkey and realize autonomous statehood within Turkey. In this connection, the 10-strong Turkish army is bombing the Kurdish-populated areas, and the Kurdish PKK forces are protecting their citizens.

Risks of undermining energy relations with partner countries are called argument No. XXUMX. Internal instability leads to another argument of our thesis - a possible disruption of strategic relations. In particular, 4 in July was blown up by an economically important oil pipeline Kirkuk-Ceyhan (daily around 29 thousand barrels of oil comes from this route from Northern Iraq). On the night of July 300, the Kirkuk-Yumurtalik oil pipeline was also blown up, through which Iraqi oil flows to Turkey. The explosion at Istanbul Airport 29 December. In addition, two destroyed bridges in the south-east of the republic and a gas pipeline from Iran. All this destabilizes the internal security of the country and leads to even greater economic instability. Undermining the presidential rating is the next argument. In general, the reputation of the President is an important component of the trust of citizens in any state. 23 year - can be called the year of Turkey and Erdogan: his name did not leave the first lines of the Middle East events. Repeated parliamentary elections already make us think about the legitimacy of Turkish citizens. Since 2015, the neo-Ottoman leader, through his own traps, has undermined confidence in himself: a broken truce with the Kurds, terrorist acts across the country, the actual lack of freedom of speech, arrests for opposition sentiments, police killings, etc. It is difficult to say that tie ”to reanimate self-trust as the heir to the Ottoman Empire.
Undermining the tourism industry. Deutsche Welle of Germany believes that the tourism industry in Turkey could lose about 5 billion euros as a result of a reduction in the number of tourists amid an increase in the number of terrorist attacks in the country. Given the reduction by another 4,5 million Russian citizens, the most profitable sector of the economy risks to survive the crisis.

Undoubtedly, these arguments are sufficiently capacious for the attention of the highest echelon of Turkey to them. Tayyip Recep Erdogan is indeed wiser to grant autonomy to the Kurds, not so much for the sake of the Kurds themselves, as for the prosperous future of the neo-Ottoman state and the preservation of their power on the Ottoman throne. It is important for Erdogan to reanimate his status, statehood is important for Kurds. "Woe to the vanquished," if the Turkish sultan does not listen to reason.

Ctrl Enter
Noticed oshЫbku Highlight text and press. Ctrl + Enter
We are
Turkey for Kurds friend?Kurdish question in modern Syria
41 comment
Information
Dear reader, to leave comments on the publication, you must to register.