The occupation of the Baltic continues 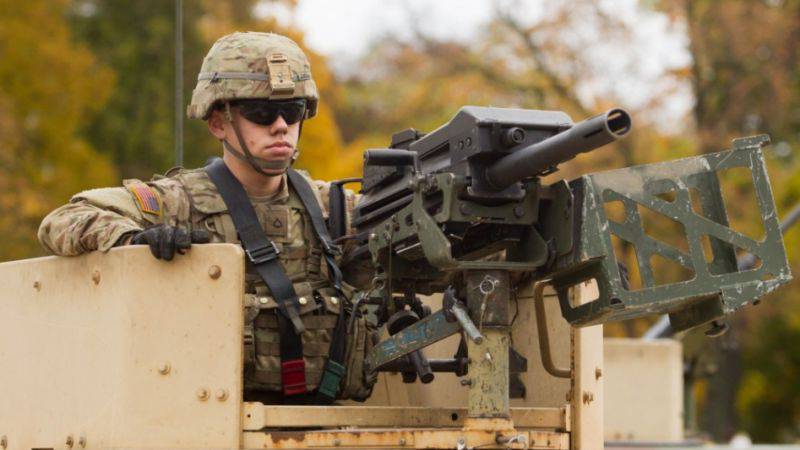 The next division of the US armed forces, equipped with Stryker armored personnel carriers, arrived in Lithuania on January 11. Approximately 130 military personnel from the 2 Cavalry Regiment of the 3 Division of the US Army, based in Vilseck (Germany), were deployed to the Lithuanian city of Karmelava. It is not the first time that our neighbors are hosting “guests from NATO” - this is the ninth dispatch of American troops to Lithuania.

By the end of the week, the total number of US military personnel arriving to conduct joint exercises will reach a total of 170 people.

It is known that the Baltic States had previously been one of the most peaceful and military-stable regions. However, the situation changed dramatically when US interest in this region increased.

In the past two years alone, the military presence of NATO and the United States in the Baltic countries has rapidly increased. In total, the contingent of the Alliance, deployed in the countries of the region, has over a thousand military personnel, hundreds of heavy equipment and about a dozen aircraft.

It should be noted that the commander of US ground forces in Europe, Lieutenant General Ben Hodges at the final press conference 2015 of the year confirmed plans to build warehouses of heavy military equipment in the Baltic States and Eastern Europe by the end of 2016. The United States plans to deploy military equipment in Poland, Lithuania, Latvia, Estonia, Romania and Bulgaria, and by the year 2017 in Hungary.

By the way, the implementation of these plans will be nothing but a direct violation of the NATO-Russia Founding Act of 1997 of the year, which states: “In the present and foreseeable conditions, the alliance will carry out its collective defense and other tasks through ensuring the necessary compatibility, integration and reinforcement potential, rather than through the additional permanent deployment of significant combat forces. ”

In addition, an increase in military presence in the Baltic States not only undermines stability on the continent, but also violates fundamental international treaties (in particular, the Treaty on Conventional Armed Forces in Europe). It is noteworthy that the US Air Force instructors are drawing on strategic exercises to develop training tasks for the use of nuclear bombs of Polish and Baltic pilots, thereby violating the 1 article of the Nuclear Non-Proliferation Treaty weaponswhich reads: “Each of the States parties to this Treaty possessing nuclear weapons undertakes ... and not to transfer to anyone any nuclear weapons or other nuclear explosive devices, as well as control over such weapons or explosive devices, directly or indirectly” .

At the same time, the statements of some Lithuanian authorities about the need to deploy NATO ground bases in Eastern Europe personify a policy to destroy international law.

It's no secret that being an ally of the United States is a deal with the devil, which takes into account only his own interests. Baltic provocative policymakers should understand that by steadily increasing the military presence of NATO countries on the territory of their states, they are fueling an open conflict between NATO and Russia. Evidence of this can serve the intentions of Poland and the Baltic countries to petition at the upcoming NATO summit in Warsaw to open Allied military bases on their territory in violation of the Russia-NATO agreement.

Eloquent statements by the head of the Polish Foreign Ministry, Witold Vashchikovsky, "We want NATO parts to be based in Poland." The press officer of the commander of the Lithuanian armed forces Mindaugas Neymontas also supported the policy of Poland to deploy NATO forces on its territory on a permanent basis: “This is necessary for security. There will be no improvement in our region, so it will be a deterrent. ” In accordance with the statement of Estonian President Toomas Hendrik Ilves, the deployment of NATO military bases on the territory of this state is "necessary for protection from neighboring Russia."

Not surprisingly, the result of such a policy of confrontation and the escalation of tension in the region was Russia's consideration of the Baltic states as a military adversary and the object of a first military strike in the event of armed confrontation with the Alliance. It is obvious that in the event of an open armed conflict between Russia and NATO, the Baltic States will become a proving ground for hostilities. In this case, the countries of this region will not care who wins - the victory of either side will mean chaos and destruction for the Baltic States.

Multilateral cooperation with the neighboring countries, the demilitarization of the territory of the Baltic states and the maintenance of peace - this is the vector of policy that would provide guaranteed security for the countries and ordinary people of the Baltic region. However, the politicians of the Baltic states stubbornly refuse to understand this and, by their actions together with their NATO allies, demonstrate to the whole world: “When they say guns, the laws are silent.”

Ctrl Enter
Noticed oshЫbku Highlight text and press. Ctrl + Enter
We are
Independent Baltic. 1920-1940 Addition to "Were there colonies in Russia?"Military reform as an integral part of the security concept of the Russian Federation: Systematic dynamic assessment
Military Reviewin Yandex News
Military Reviewin Google News
62 comments
Information
Dear reader, to leave comments on the publication, you must sign in.