January 14 2016
35
One of the first military holidays of the year is the Day of Pipeline Troops. The troops are truly unique, being part of military engineering structures capable of supplying fresh water or liquid fuel over impressive distances both along the ground and along the bottom of the reservoir. The initial task of the troops of the pipeline troops was the task of providing these or other units exclusively with fuel and lubricants (fuel), for which pipelines of both stationary (permanent) and temporary nature were used.


Pipeline troops (TV) played a huge role during hostilities. TV brought invaluable benefits during the war in Afghanistan, when, sacrificing their lives, the soldiers of the pipeline troops laid pipelines through mountain ranges and rivers for the uninterrupted supply of fuel to certain groups of the Soviet military contingent.

A truly invaluable contribution to the supply of fuel and lubricants to combat units and formations in Afghanistan was made by the 276-I Pipeline Brigade. Created 276-i ootbr. was to perform a number of tasks: from construction to the maintenance of fuel pipelines, which ultimately connected Soviet Termez with the Afghan capital Kabul. With the help of these pipeline lines, a full supply of parts of the 40 Army was conducted throughout the entire period of the war in Afghanistan.

One of the first tasks that was set by the Directorate of Logistics of the Armed Forces of the USSR to the soldiers of pipeline units in Afghanistan was the task of laying pipelines for transporting fuel through the Amu Darya. A huge problem was the fact that the Amu Darya is a river that repeatedly changes its course. Underwater sections of the pipeline are constantly deformed and become unusable. Pipeline construction across a major river was completed at the start of 1980. In total, the pipeline section on the Amu Darya had to change 38 times!
The 95 th separate pipeline platoon, which laid the infrastructure facility from the fuel depots in Termez to the Hairaton river port (Afghanistan), actively participated in the fulfillment of the tasks assigned. It was in Hairatan that the rear units began to receive the necessary fuel, without making trips from Afghan territory in the USSR.

After some time, an 2026 separate pipeline platoon was formed to serve the strategically important section of the Termez-Hairatan pipeline as part of the troops. Subsequently, the 276-I Pipeline Brigade was formed from separate units, which provided up to 80 with more than one percent of the supply of the Soviet contingent of troops in Afghanistan. 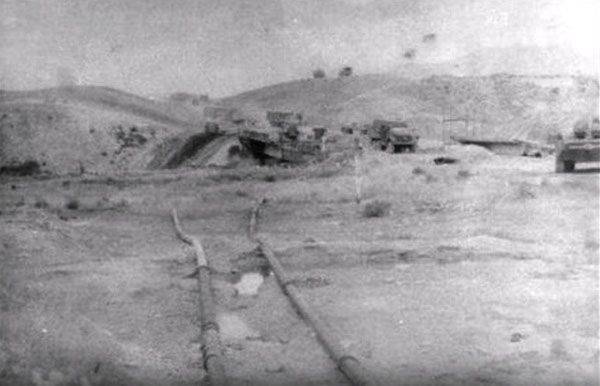 Nine out of ten brigade officers are graduates of the Ulyanovsk Higher Military Technical School, which appeared in the “city of Ilyich” in the 1960 year after the redeployment from the Ukrainian Vinnitsa. On the territory of the Ukrainian SSR school appeared on the basis of the order of the Minister of the Armed Forces of the USSR from October 24 1947. The name of the order was as follows: "On the formation of a military-technical school of the fuel supply service." The first place to recruit cadets was the city of Chernivtsi. This event took place in 4 more than a year before the formation of the first separate fuel transfer battalion in the Soviet Union. The battalion was created 14 January 1952, and, by the way, it is this date that is considered the birthday of the pipeline troops.

Having released thousands of highly skilled specialists from its walls, the Ulyanovsk Higher Military Technical School (at that time already a military institute) was disbanded in the 2011 year. 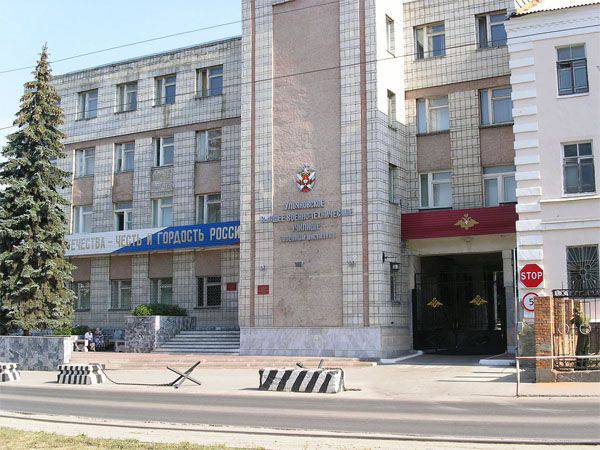 Returning to the service of “trumpeters”, as pipeline platoon fighters were often called, in Afghanistan, it should be noted that not only is it difficult to set up the pipeline in fact in conditions of unceasing hostilities, but it is also not easy to keep it safe and sound. Soldiers serving in Afghanistan say that in the 1985-1986 years more than two and a half thousand sabotage attempts were recorded on only one pipeline. 7-8 attempted arson, damage from a gunshot weapons, explosions, cuts per day have become an everyday situation.

At the same time, it is noted that for many Afghans the goal was not so much to disrupt the work of the Soviet facility as such, as to try to get fuel for their daily needs for nothing. Residents of numerous villages carried out cuts in the pipes in order to drain the fuel and then either sell it or use it in their own farm. Moreover, if the pipeline was damaged by local residents to get fuel for their farms, the “operation” was carried out very carefully. The fact is that the real value for any Afghan is drinking water. Strait of aviation kerosene or diesel fuel even in a small aryk could leave entire Afghan settlements without water for long months, which would lead to a surge in mortality. Dushmans didn’t care about such problems of the local population, and therefore, over time, even local militia units were formed in Afghanistan that helped Soviet troops guard pipelines with fuel flowing through them. 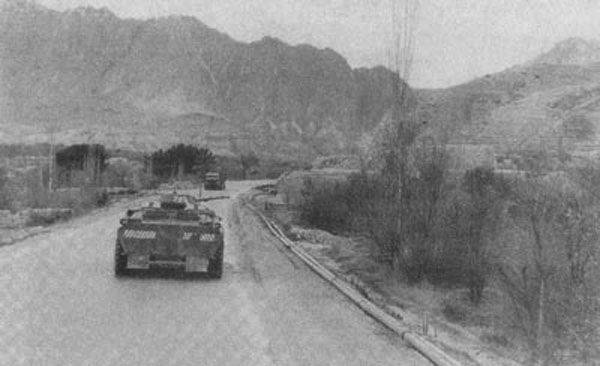 However, the danger to the pipelines induced by the troops in Afghanistan was carried not only by spooks and hunters for “free” fuel. Often, pipelines were deformed, torn, or simply filled with crushed landslides and rockfalls. Often, servicemen had to rebuild sections of 15-20 km long every day, given that Afghan militants were hunting for the Soviet soldiers themselves. Engineering units were often forced to blow up the tops of the rocks so that they did not threaten the pipelines in case of a possible collapse.
It is worth paying special attention to the fact that fuel supplies were not only for the needs of the Soviet military contingent located in Afghanistan. The fuel was distributed among the objects of the Afghan civil infrastructure, including hospitals, schools, boarding schools, and other municipal institutions as an aid, as it was customary at the time, to say to the fraternal Afghan people. 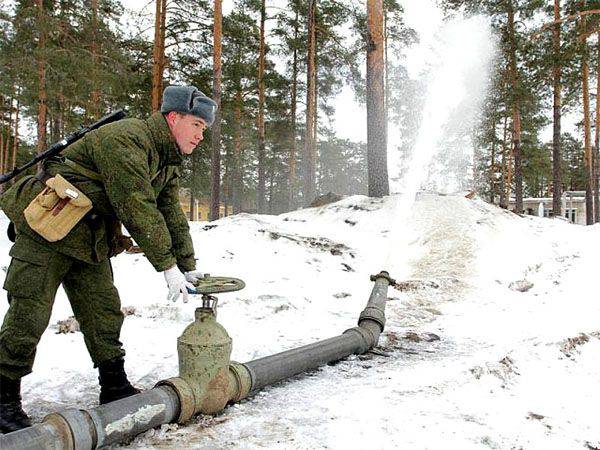 The laying of pipes for the transportation of fuel has also increased the work on building a network of fresh water supply in certain regions of the Crimea, which is experiencing difficulties with water supply, especially in spring and summer.