January 13 2016
37
Modernization of the flagship of the Caspian flotilla missile ship "Tatarstan" will be completed this fall, reports Flotprom with reference to the press service of the Ministry of Defense. 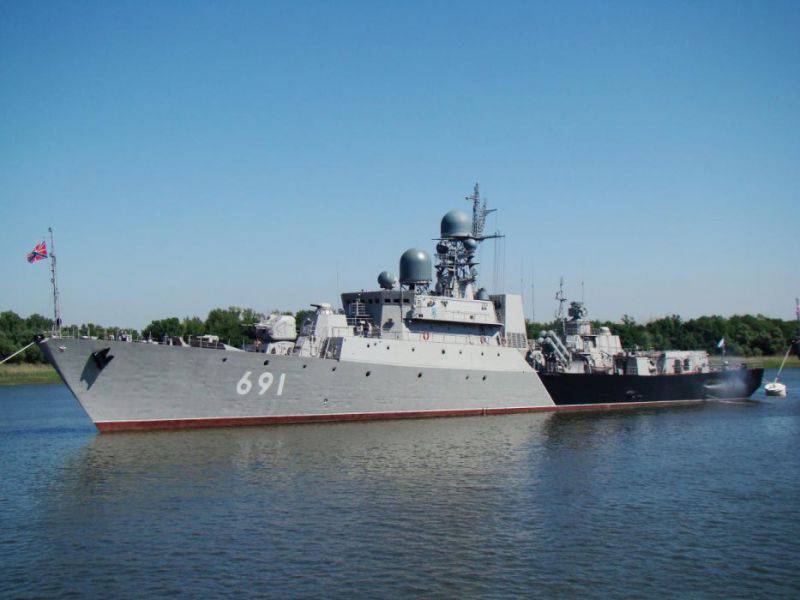 "A new navigation and control system has been installed on the rocket ship weapons. The installation of this system allows you to significantly improve the characteristics and combat capabilities of radio equipment to detect air and surface targets. Also, due to the use and installation of modern materials and equipment, ergonomic characteristics of the workstations of operators of combat posts have also increased, ”the release says.

Also, “the forces of the Astrakhan branch of the CS Zvezdochka will automate the main power plant and replace the equipment of electronic warfare equipment with a more modern one,” the press service said.

The ship is designed to perform a complex of tasks: search and combat submarine, surface and air targets, patrolling, convoy operations, and the protection of the maritime economic zone. Equipped with artillery, anti-ship, anti-aircraft and anti-submarine weapons. "

Ctrl Enter
Noticed oshЫbku Highlight text and press. Ctrl + Enter
We are
Ships of the Caspian Flotilla in Volgograd
37 comments
Information
Dear reader, to leave comments on the publication, you must to register.