January 13 2016
21
In the formations of the Airborne Forces during the planned trainings for the airborne training, in one January day they will perform landing from aircraft of the Military Transport aviation more than 2 thousand paratroopers, the press service said Ministry of Defense of the Russian Federation. 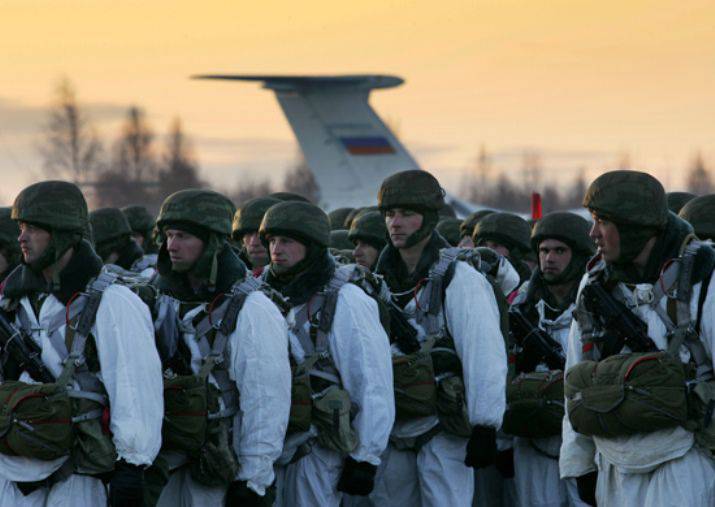 “The servicemen will jump using the D-10 and Arbalet-2 parachute systems at the same time in four constituent entities of the Russian Federation - Pskov, Ulyanovsk, Ryazan and Kostroma regions”, the release says.

It is reported that "mass landing, which will involve about 20 aircraft BTA IL-76, will be held on January 20 on the eve of the strongest Epiphany frosts on the snow-covered landing sites."

The press service noted that “at this time, in some regions of the country, the air temperature will reach extremely low temperatures - down to minus 35 degrees”.

Ctrl Enter
Noticed oshЫbku Highlight text and press. Ctrl + Enter
We are
The action “Military service under the contract is your choice!” In Rostov-on-Don: future contract servicemen, exhibitions and “Russian Knights”Airborne officers are studying in the Ryazan center of the airborne airborne parachute system "Crossbow-1" and "Crossbow-2"
Military Reviewin Yandex News
Military Reviewin Google News
21 comment
Information
Dear reader, to leave comments on the publication, you must to register.