“In the very near future, the stage of factory flight tests of the CP-10 aircraft will begin. In December, 2015, the first prototype machine has already completed two flights, having spent in the air 40 and 20 minutes, respectively, ”Mironova newspaper quoted as saying MIC.

“The tests will last about three months,” said the director. “The time needed to complete the CP-10 flight test with at least 20 test flights will largely depend on the weather.”

According to him, the car will be in demand by the military. “The Russian Air Force needs a lightweight single-engined two-seat training aircraft as an intermediate vehicle between a promising aircraft with a Yak-152 piston engine and a combat training Yak-130,” Mironov said. 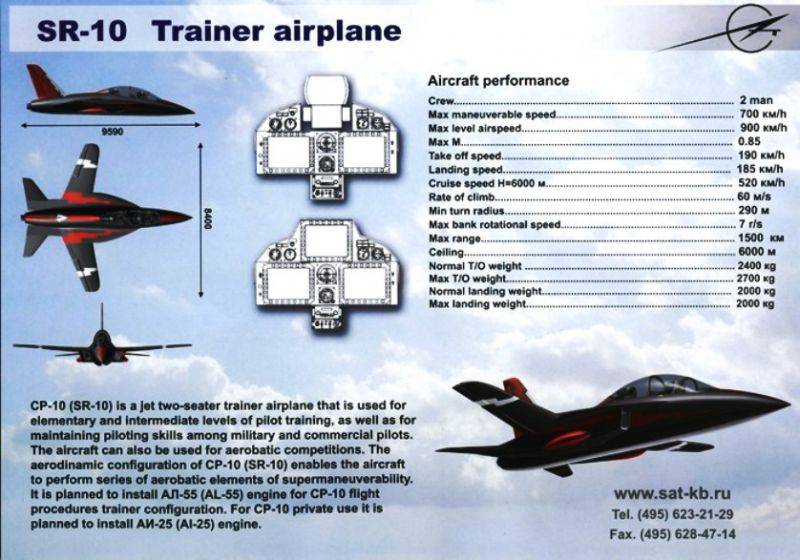