January 6 2016
304
In the DPRK, a successful hydrogen bomb test was conducted, RIA News The message is the country's central TV. 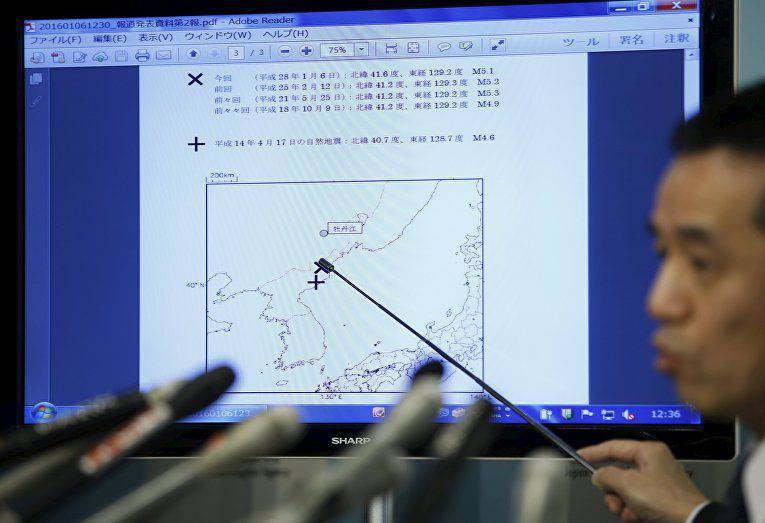 An expert weather service of Japan indicates the location of the explosion in the DPRK.

“North Korea has conducted its fourth nuclear test since it declared itself a nuclear power in 2005. The tests were carried out in 2006, 2009 and 2013, which resulted in the imposition of sanctions against the UN Security Council, ”the agency reminds.

As reported by the South Korean edition, "the nuclear device could be exploded at a depth of 100 meters, where the earthquake was located."

At six in the morning (MSK) an emergency meeting of the National Security Council was convened in Seoul.

Earlier, the media reported on earthquakes, the epicenter of which was “in the area of ​​the Phungheri nuclear test site of Yanggando province”.

Ctrl Enter
Noticed oshЫbku Highlight text and press. Ctrl + Enter
We are
Reports from Strelkov Igor Ivanovich 18-19 July 2014 of the yearThe situation in the south-east of Ukraine. Chronicle of events. 3 May
Military Reviewin Yandex News
Military Reviewin Google News
304 comments
Information
Dear reader, to leave comments on the publication, you must to register.