January 4 2016
33
This year, on the Kapustin Yar test site (Astrakhan region), about 160 weapons will be tested, which is 2 times more than in 2015 g, RIA News message of the press service of the Ministry of Defense. 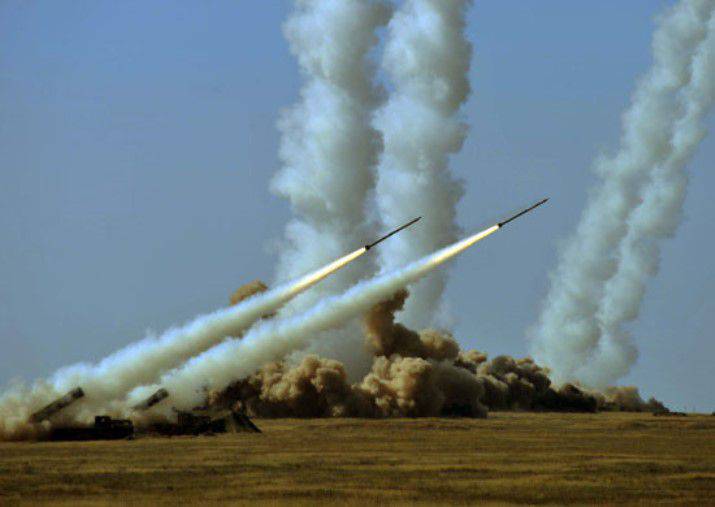 “For three years, the intensity of the tests has steadily increased at the state central interspecific range of the Ministry of Defense of the Russian Federation. In connection with the rigorous implementation of the plans of the state armament program, the range of test topics will significantly expand in the next two years. In the 2016, it is planned to test around 160 weapons at the test site, which is two times more than last year, ”the release says.

Soon, "complete modernization of the polygon measuring complex with the transition to automatic operation will be completed."

“Studies will be conducted not only in the interests of the Russian Ministry of Defense, but also of other ministries and departments of the Russian Federation. Among the priority scientific studies of the landfill in 2015, it is necessary to highlight the improvement in the protection of military facilities and weapons, military and special equipment from reconnaissance equipment and high-precision guidance systems. weapons"- noted in the department.

According to the press service, "the site is unique in its geographical location, which allows for testing of weapons and military equipment at any time of the year, under different climatic conditions."

“Territorially, the facilities of the experimental test base and the battlefields of the Kapustin Yar test site are located in four regions of the Russian Federation on land plots with a total area of ​​about 9,5 million hectares. But the most important thing is the Kapustin Yar - Balkhash highway. Only it is possible to work out elements and systems of a national missile defense, ”the message says.

Ctrl Enter
Noticed oshЫbku Highlight text and press. Ctrl + Enter
We are
Modernization of BMDBy the end of the year, the modernization of the measuring complex at the Kapustin Yar test site will be more than 60%
Military Reviewin Yandex News
Military Reviewin Google News
33 comments
Information
Dear reader, to leave comments on the publication, you must sign in.