Transdniestria at the forefront

January 5 2016
29
In recent days, two thousand and fifteen, the media have often and often talked about the Pridnestrovskaia Moldavskaia Respublika. In the face of increasing international instability, this outpost of the Russian world remains the front edge of the defense, the farthest from the near borders. Therefore, the blow from his loss will be especially sensitive for Russia. If you look at the conditions that Chisinau has put forward for Tiraspol for many years in a row, there is a feeling of deja vu, because before our eyes there is practically one-on-one “Minsk agreements”, that is, capitulation. The only difference is that Moldova theoretically admits the possibility of cultural autonomy for the Russian-speaking regions as a bait, and Ukraine denies Donbas even such a concession. 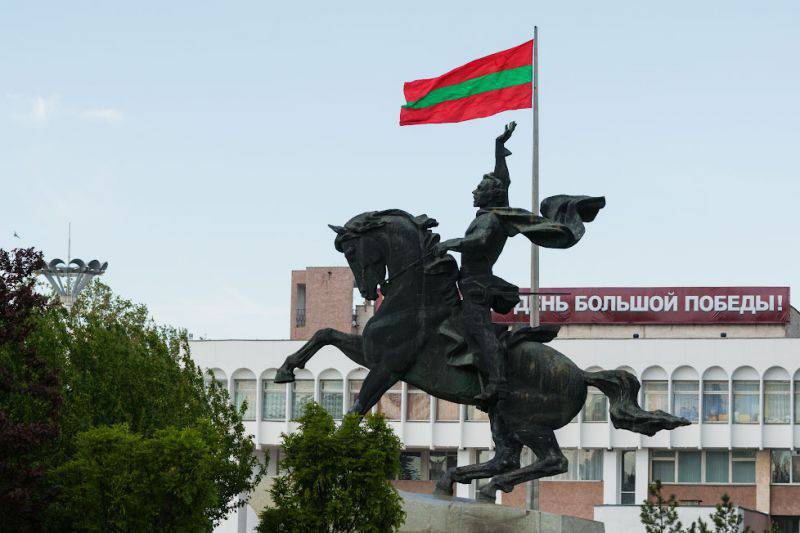 In political or military-political forecasting, there is only one thing that is impossible to predict for sure - these are terms. They can always be called only approximately, since control points can be shifted in one direction or another by a large number of unpredictable factors. The trends are simpler: they have a strict direction, which sooner or later leads to a certain result. Two trends will influence the fate of the Pridnestrovian Moldavian Republic in 2016.

The first trend is directly related to the implementation of the Minsk agreements in the Donbas. In Kiev, in the next few months, they expect to take control of the border and thereby put an end to stories DNR and LC, then release the army for the next war. For Tiraspol, this does not bode well.

The second trend is a loop of economic blockade, which is tightening around the TPR all the time. This is recognized not by some marginals, but by the Transnistrian authorities themselves at the highest level. It is clear that this cannot go on forever.

What to expect if Kiev decides to help Moldavia restore "territorial integrity" by force weapons? Three components are important in planning any military campaign - goal, time and resources. If you have a goal and time, but there are no resources, you can not even try to start a campaign, because you will not see victory. Similarly, with a lack of time, it does not matter if it is time to prepare for war or to the fighting itself. And finally, the goal. If there are resources and time, but there is no goal in the war, or this goal is inadequate, then the defeat is also not far off. People just do not agree for a long time to risk and die is not clear why.

President Poroshenko has a goal, or rather a goal. This is the elimination of the independent Donbass, and the forceful return of the Crimea. More precisely, it is certainly not his goal, but nonetheless. The intermediate goal between the Donbas and the Crimea is likely to be Transnistria. There is a logic here, but this logic is dictated by the foreign policy of the United States, and not the national interests of Ukraine. If Poroshenko would have been more independent in making decisions, he, of course, would have differently built his policy: initially he would have tried peacefully to negotiate with the Donbas and would not block the TMR, which in the future could be reunited with Ukraine, with which , unlike Russia, at least there is a common border. But Poroshenko is not independent, and not even partially, but completely.

If the American factor could be thrown out of the equation, then it would soon become clear that for the war against the TMR, Ukraine has no military reasons either. A tiny contingent of Russian peacekeepers, even in conjunction with the Transdniestrian Army, does not threaten Nezalezhnaya Square.

Actually, after the first shots of the new war on the Dniester, the choice of Russia will be extremely simple. Either she resigns herself to another bloody foreign policy slap in the face and gives her anklav and his peacemakers to be torn apart. Or, in anticipation of such an outcome, official Moscow will have to withdraw its peacekeepers in advance, at the same time bringing the Transdnistrian Moldavian Republic under its analogue of the “Minsk Agreements”. Perhaps an element of such a path is the decision taken by the European Union to extend the free trade agreement with Moldova from 1 in January to 2016 in Transnistria. Without this agreement, the unrecognized republic would have to be bad.

“We could lose approximately 46 − 48 percent of the external market. Approximately 10 thousands of people could lose their jobs, ”REGNUM quoted the words of the PMR President Yevgeny Shevchuk. It is clear that Brussels gave Tiraspol a breath of air. The question is what he demanded from the Transnistrian authorities and from Russia in return. It is possible that during 2016, we can see TV spots about the hasty withdrawal of Russian peacekeepers.

There is a third scenario ... war. The war is not only with Moldova, but also with Ukraine, through which land or air corridors will break through. Such an outcome would mean new sanctions that Russian officials are so afraid of. So, the choice is not easy, but it will have to be done in the foreseeable future. Otherwise, one of the options will be automatically selected - according to the laws of history.

Ukraine can not fight. Official Kiev is already breathing in the back of Saakashvili, who “unexpectedly” cheerfully began to dig under the entourage of the current president with his anti-corruption agenda. In this noble endeavor, the tireless Georgian enjoys the direct support of the Americans. On the other side of the bench, various outright Nazis sit, who are also not in a hurry to write off - moreover, their threats to the authorities are becoming more and more unequivocal. So the ruling class in Ukraine today has clearly understood the simple signal that is sent to the world from Washington: “America is the absolute source of power and financial resources. We can overthrow any government in any country. We can split off any part of it from your country and even break it up into separate subjects. We want to - and overthrow any ruler, and not just overthrow - we will deprive our heads. Do as we say if you don't want problems! ”

The post-Maid of Ukraine leadership has its reasons to stir up conflicts. The liquidation of both the Donbas and Transnistrian Moldavian Republic will give the oligarch regime the resources and political stability that are necessary for the general offensive in the Crimea. This is a patriotic wave, and the readiness of the population for new victims for the sake of victory, as well as the influx of volunteers to the front. In other words, if in the target-resources-time coordinate system the final goal is the war for the Crimea, then having overcome the remnants of Novorossia and Transnistria, Kiev will spend some uncritical length of time, but will receive huge military and political resources in return.

So far, the bleeding Donbass covers not only the Crimea, but also Transnistria. As long as people's republics exist, Tiraspol still has time to think, to choose between the whip right now and ... the whip, but a little later - in the case of voluntary surrender.

So the situation is clear. What should Russia do? The complex of military-political measures adequate to the threat should already be ready in the relevant departments. Shooting is not accepted to respond to the prohibition of sweets and tomatoes. Such behavior is a sign of weakness, and weakness in international politics does not forgive anyone. For the Russian Federation, the surrender of both Donbass and Transnistria threatens to lose face both in the international arena and within the country, and in this case the borders of the actual Russian world skukozhatsya to the national borders of the Russian Federation. Well, really, do not consider the Russian world Russian bases in Syria, Armenia or Tajikistan? Worse, the fall of the pro-Russian enclaves can only provoke Russia's neighbors to take active action against it, as the not-so-successful Finnish campaign of the Red Army convinced Hitler that the Soviet Union was “a colossus with clay feet.”

Ctrl Enter
Noticed oshЫbku Highlight text and press. Ctrl + Enter
We are
Kinmen: an outpost of Taiwan off the coast of the PRCMoldovan independence: 24 of political uncertainty
Military Reviewin Yandex News
Military Reviewin Google News
29 comments
Information
Dear reader, to leave comments on the publication, you must to register.